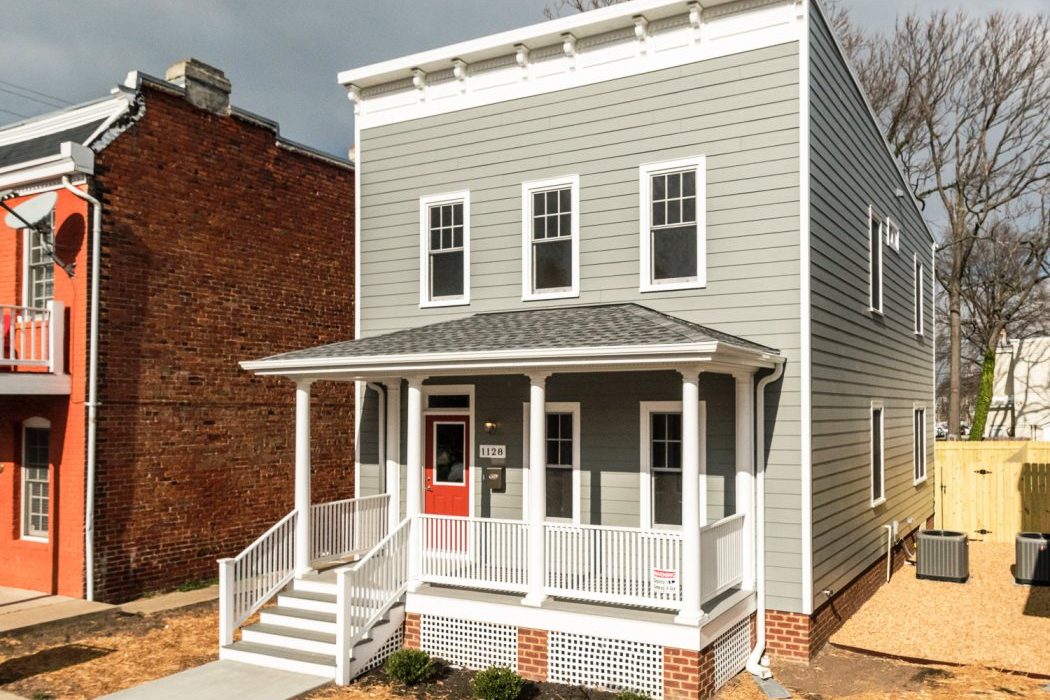 When Whitney Brown decided to move back to her hometown in Virginia after graduating from university two years ago, she ran into an obstacle: There was nowhere for her to live.

She could not move back into her old home in Richmond, the state’s prosperous capital, because her mother was looking to sell her house – nor could she find a place of her own that was both affordable and in a safe area.

Eventually, a real estate agent pointed her toward a different option: the Maggie Walker Community Land Trust, a nonprofit that buys homes, fixes them up and then sells them at a reduced price while keeping the titles to the underlying land.

Community land trusts are on the rise across the United States as cities look for ways to ease an ongoing crisis of affordable housing.

But the Maggie Walker land trust is unusual in how it was created: It was funded in large part by a hospital system, Bon Secours Mercy Health.

This month, Bon Secours was one of 14 healthcare systems across the United States that committed to over $700 million in “place-based” investments, with a primary goal being the development of affordable housing.

They are all part of a group called the Healthcare Anchor Network (HAN), a project of the Washington, DC-based research group Democracy Collaborative.

Since 2017 the network has grown to more than 40 health systems seeking to use their financial might and public sway to improve housing in their communities, according to David Zuckerman, the director. “We wanted to help them think about … how they could leverage their assets differently to better address the needs coming at them,” he said.

For Brown, buying her house through a land trust meant she paid about 20% less than a comparable home in the area.

Now settling into a place with a yard, two bedrooms and a new kitchen – on a block where four other homes are also part of the Maggie Walker project – Brown cannot believe her luck. The land trust, she said, “has really added value to the neighbourhood, without pushing people out.”

Gentrification – the conversion of working-class districts into more affluent areas – is regarded as a sign of economic development by some and of social injustice by others, as it can lead to higher rents that price out old residents.

In a report published in March, the National Community Reinvestment Coalition in Washington, DC showed that Richmond’s rapid rate of gentrification has had a particularly devastating effect on black families.

It became clear to officials at Bon Secours that the group’s Richmond hospital was sitting in an under-served neighborhood, said Becky Clay Christensen, director for community health at Bon Secours Richmond.

“Literally right outside the doors, you could see dilapidated housing,” she recalled.

Wanting to be a “good neighbor”, the hospital started to make one-off housing investments, she explained.

But it soon realized it was contributing to the problem. When the houses it had helped refurbish were resold, they would again be out of reach for many low-income people, thus fueling the negative effects of gentrification.

The Maggie Walker land trust was already being developed at that time, and Bon Secours saw an opportunity to have a longer-term impact, said Christensen.

Homeownership within the land trust is limited to those making less than 80% of the area median income, which Christensen said includes families that can handle debt but “can’t quite get a loan at the bank”.

In these types of projects, a prospective homeowner buys only the home and not the land, often agreeing to a reduced price for any future resale, according to the Grounded Solutions Network based in Portland, Oregon.

By the end of 2018, the year it launched, the Maggie Walker land trust had helped 11 homeowners buy their own places and had 30 more homes under development.

Christensen described Bon Secours’ new approach as a “neighborhood strategy” around health and wellness, noting that the effects are ultimately long-term. “If a nonprofit rehabilitates Ms. Smith’s house, she’s not instantly healthier. But because of her rehabbed house, (she) is now in a more stable situation,” Christensen said, using a hypothetical example.

“We know that the constant stress that goes with poverty is profound and real. So, in a strange way, this all does come back to health,” she added.

Along with Bon Secours, some of the largest hospitals and health systems in the country have promised to invest more in their communities as part of the Healthcare Anchor Network.

They include Trinity Health, Boston Medical Center and Kaiser Permanente, one of the country’s largest nonprofit health plans.

The strategy for the network, which represents more than 700 hospitals—about 20% of the country’s total, said director Zuckerman—is based on the community-building power of what the Democracy Collaborative refers to as “anchor” institutions.

These are “nonprofit or public institutions (that) have a long-term interest in balancing their own organizational needs with that of their communities — they can’t just pick up and leave,” Zuckerman said.

Today, anchor institutions are often the largest employer and landowner in their area, and they have become key engines of urban development and redevelopment, according to Democracy Collaborative.

Other types of large institutions have increasingly been moving in the same direction, Zuckerman said.

For example, several universities, as well as a rising number of major technology companies—such as Microsoft—have been making larger investments in affordable housing.

But there is particular potential among healthcare systems, Zuckerman noted. Together, the health systems in the United States have about $400 billion in investment assets, estimates the Democracy Collaborative.

The HAN encourages its members to direct at least 1-to-2% of their investment portfolios to supporting affordable housing, in addition to other efforts to bolster local economies, Zuckerman said.

The growing focus on the link between health and housing is happening outside the network, too.

The state of New Jersey is partnering with a half-dozen healthcare systems to build affordable housing, for instance, and the city of Baltimore is working with 10 hospitals to provide housing as part of an initiative to end homelessness.

In announcing the new effort, several HAN members cast their actions as extending “beyond the walls” of the hospital, seeking to address health issues and inequities. “The 85-year life expectancy for a resident of Chicago’s downtown drops to 69 years just six miles away,” Rush University Medical Center chief executive Omar Lateef said in a statement.

“These death gaps are unnatural, unjust and must be addressed by improving the economic conditions in the neighborhoods we serve, not only the health conditions of the people who live there,” the statement concluded.

This article by Carey L. Biron (edited by Jumana Farouky and Zoe Tabary) originally appeared on the website of the Thomson Reuters Foundation, the charitable arm of Thomson Reuters. Reprinted here (with minor edits) by permission.