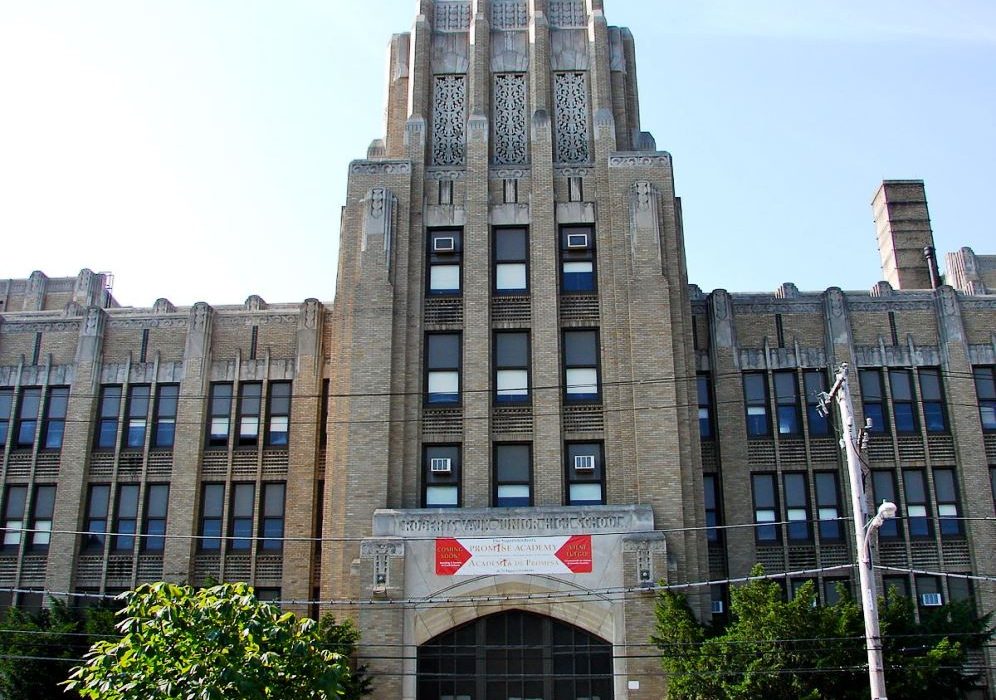 In 1966, the Philadelphia Housing Authority (PHA) began erecting the Norman Blumberg Apartments on an eight-acre site in North Philadelphia, adding 510 units of public housing to the City’s inventory.

The newly constructed Norman Blumberg Apartments towers were designed to be an anchor in the mixed-income Sharswood neighborhood. The neighborhood boasted an elementary school across the street, a vibrant small business commercial corridor, a mix of homeowners and renters, a diverse population, and a high school just four blocks from the Blumberg Apartments. 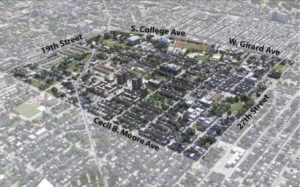 These assets and amenities were intended to produce a neighborhood of opportunity and prosperity for residents who chose to live in the Sharswood/Blumberg community. But, like virtually all other examples of this deadly global urban planning fad, this penitentiary-style housing rapidly devolved into a far worse situation than what existed previously.

In March 2016, PHA imploded two out of three of the 510-unit housing project, and began fulfilling a master plan for transforming the neighborhood that calls for new homes alongside a renaissance of commercial activity.

One key ingredient of that envisioned neighborhood turnaround, that high school, came to life in early September. For decades, the 4-story Roberts Vaux High was known for its championship chess team, but in 2013, it closed as part of a larger reorganization within the Philadelphia School District that saw the controversial shuttering of 23 neighborhood schools.

Before Philadelphia children returned to school this fall, Vaux reopened. In unorthodox fashion, PHA is the landlord.

The authority, which owns more than 14,000 public housing units in the city, bought the Art Deco building that houses Vaux from the Philadelphia School District in May. It then enlisted a nationally acclaimed nonprofit education operator and refurbished the building for an inaugural ninth-grade class that’s now underway.

If the plan pans out, Sharswood could be an affordable Philadelphia neighborhood that’s not isolated from the gentrification happening around it; rather it could become an inclusive part of it.

The urban revitalization momentum sweeping through Fairmount, Brewerytown and other Philadelphia neighborhoods has stopped at the borders of the Sharswood/Blumberg neighborhood, due in large measure to the overwhelmingly negative impact of public safety concerns and the large concentrations of high-rise and other public housing in the area.

The new Sharswood/Blumberg Neighborhood Transformation Plan lays out a fram work to make revitalization a reality for the Sharswood/Blumberg neighborhood, through a set of coordinated goals, strategies and planned outcomes that focus on Housing, Neighborhood and People. Included in this framework are six high-impact catalyst activities that collectively will help spur additional public and private investments to transform both the community and the larger communities image of the neighborhood.

Long-time local resident Debbie Thomas applauds the progress made by PHA so far. “They took down the projects and put some beautiful homes there,” Thomas says. “I’m very happy to see the gentrification coming. I’m glad to see it turned back to its old glory days.”

Featured image is the Roberts Vaux Junior High School in 1988. Photo by Smallbones via Wikipedia.