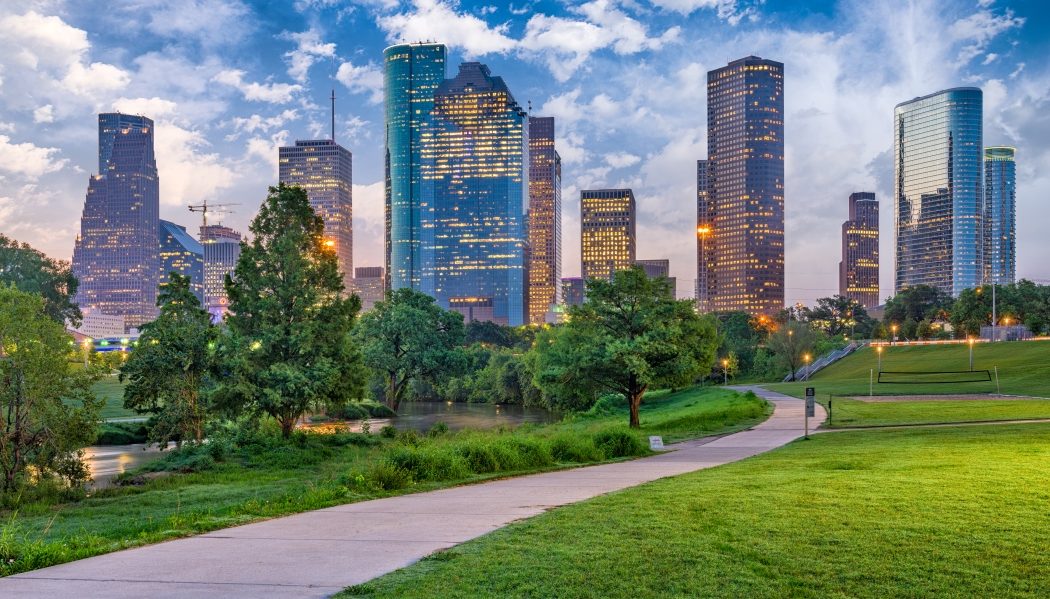 On February 12, 2020 the city of Houston, Texas released its “Resilient Houston” strategy. At 186 pages, it’s obviously a plan, rather than a strategy.

As explained in RECONOMICS, a strategy must be short enough to remember, so it affects day-to-day decision-making. That means a sentence or two. But that confusion of “strategy” and “plan” was endemic to the Rockefeller Foundation‘s now-defunct 100 Resilient Cities program, so Houston can’t really be blamed for repeating it. But let’s not quibble about that: the fact that they are taking resilience seriously is what’s important.

More important than terminology is that the resilience strategy also address revitalization. Hundreds of billions of dollars are budgeted for climate resilience by local and national governments worldwide…soon over a trillion. For this not to be an economic debacle, it’s essential that resilience investments revitalize economies, not just protect them. Linking revitalization with resilience has the fringe benefit of increasing funding for resilience. That’s a prime focus on the new (January 2020) book, RECONOMICS: The Path To Resilient Prosperity.

The good news is the Resilient Houston plan does address the linking of boosting resilience with neighborhood revitalization. That puts it far ahead of most of the other 100 Resilient Cities plans. The bad news is that it only does this briefly three times in the 186 pages, and doesn’t actually include a strategic implementation process for doing so. Hopefully, that will come next.

“In late August 2017, Hurricane Harvey ravaged the Houston area with one trillion gallons of rain, enough to run Niagara Falls for 15 days. No other big American city has withstood such a natural disaster in modern times.

By and large, the nation’s fourth most populous city has bounced back from the devastation of not just Hurricane Harvey but six federally-declared flooding disasters in five years—including Tropical Storm Imelda in September 2019—that have wreaked havoc on Houston’s physical and fiscal infrastructure.

One year after Harvey, we were not only focused on our recovery, but on the transformative change that comes from thinking and acting holistically to build and grow our long-term resilience. Through the generous sponsorship of Shell, we joined 100 Resilient Cities—Pioneered by The Rockefeller Foundation. Houston is the only city to have the support of a local partner to hire a Chief Resilience Officer and develop a resilience strategy.

We took immediate action in the aftermath of Harvey by investing in ourselves and changing ordinances to rebuild into a smarter, more resilient city that is prepared to deal with chronic flooding. After extensive debates with various stakeholders, the City Council approved my proposal to require that new and substantially remodeled structures in floodplains be built higher. Voters approved a $2.5 billion, 15-year flood mitigation program for Harris County.

Three months later, they reauthorized a 20-year, $6 billion urban drainage improvement program, renamed as Build Houston Forward. Hurricanes, tropical storms, and flooding are not the only threat that we face. Houston is hot—and our heat is increasing due to climate change and the urban heat island effect.

As vice chair of the Climate Mayors and a member of the C40 Cities Climate Leadership Group, I work with big city mayors around the world on limiting man-made global warming that is making hurricanes like Harvey bigger and slower than they would otherwise be and adapting to these extreme weather events that are increasing in frequency and intensity.

Houston, as the energy capital of the world, must lead the global energy transition. If we do not, we will jeopardize our regional economy and prosperity for generations of Houstonians.

We are faced with a choice. Either we commit now to making the investments in our workforce and infrastructure that can prevent huge losses, or we become short-sighted and think we have plenty of time. By choosing the latter, we will be too late. We are also focused on increasing the resilience of our neighborhoods, particularly in those that have been historically underinvested. Through my Complete Communities initiative, we have begun a neighborhood planning effort that works with community leaders to prioritize actions in our neighborhoods that will improve quality of life.

Focusing on growing neighborhood resilience leverages the existing efforts to ensure that Houston is not a tale of two inequitable cities. This is what Resilient Houston is all about. It is a framework for how to move forward to help our people, places, and systems be safer and stronger to support our dynamic and diverse city continue on a path to prosperity for all.”

Image courtesy of City of Houston.