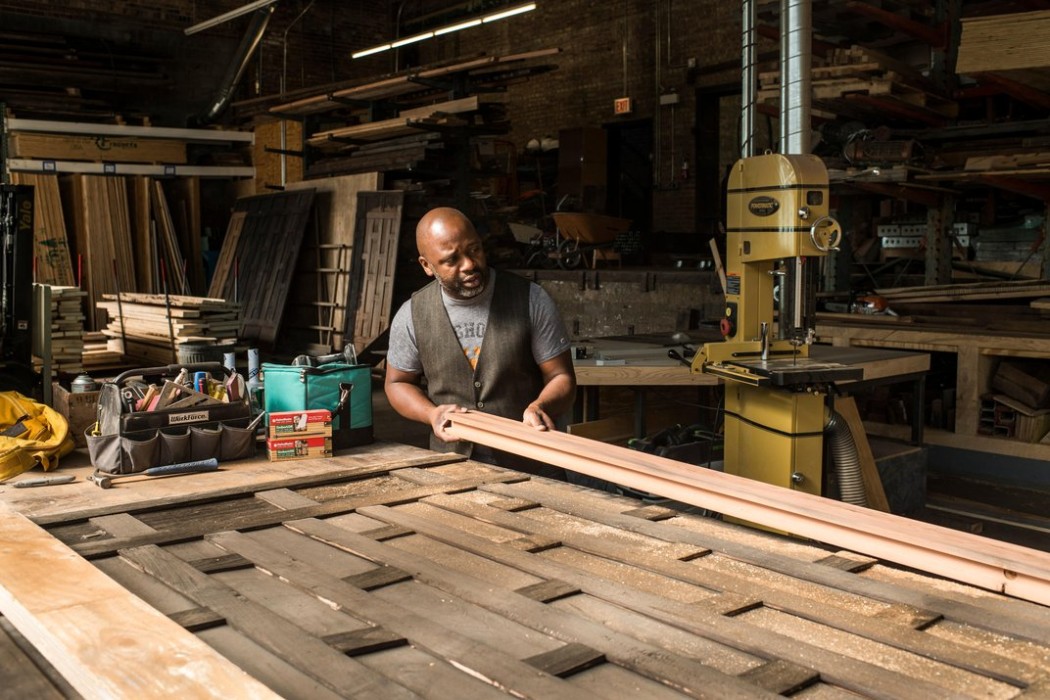 Though celebrated for a dazzling range of achievements — he’s a painter, a sculptor, a performance artist, an academic, an inspirational speaker — Theaster Gates refers to himself as a potter, because that’s how he started, and, after all, it is kind of magical to make something beautiful out of, well, mud.

But his newest creative material is unique even by his eclectic standards. It’s a neighborhood on the South Side of Chicago called Greater Grand Crossing, which for the most part isn’t very grand.

“It’s the place people leave or are stuck [in],” Gates says one day while driving through the neighborhood in his SUV, greeting youths on the sidewalks. They wave back.

They recognize him and get what he’s doing: pioneering a new approach to revitalizing a forsaken neighborhood, transforming it without displacing residents or changing its essential character

Everyone, of course, knows about the need to revive downtrodden urban neighborhoods—what Gates calls the “challenge of blight”—and there are many strategies afoot, such as (fads that) entice members of the “creative class” to move in.

But Gates’ “redemptive architecture” isn’t about gentrification, or replacing poor people with well-to-do ones.

It’s about creating concrete ways for existing residents to feel that culture can thrive where they live, and there is already reason to believe that good things will follow.

Rebuild Foundation is a nonprofit organization created by Theaster Gates to rebuild the cultural foundations of underinvested neighborhoods and incite movements of community revitalization that are culture based, artist led, and neighborhood driven.

They accomplish this by: