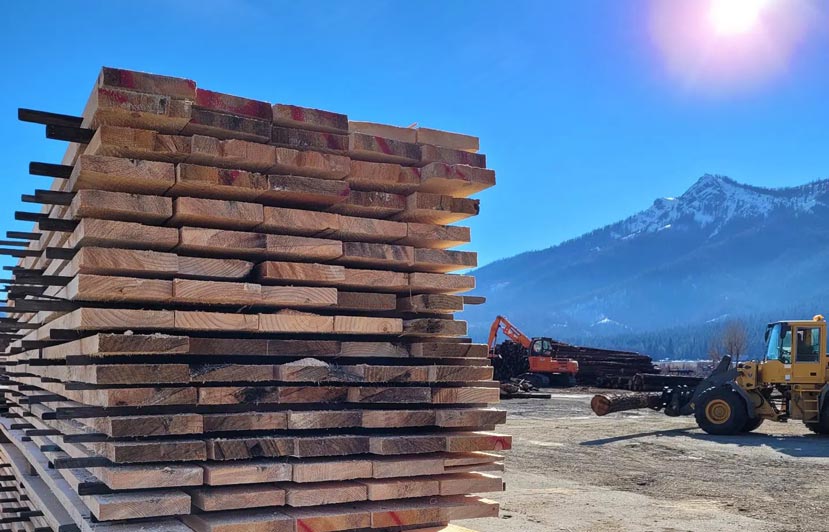 In an example of the “lemons into lemonade” principle, trees killed by a catastrophic forest fire (primarily the result of climate change and human mismanagement of the land)—and which now constitute a new fire threat as they dry out—will now create revenue needed to help restore and rebuild communities damaged or destroyed by the fire. 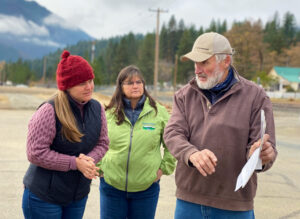 In December of 2021, Jonathan Kusel, Executive Director for Sierra Institute for Community and the Environment, spoke about the sawmill his organization is building in partnership with J&C Enterprises with the aid of Sierra Nevada Conservancy funding, at the SNC Governing Board meeting.

“The importance of this new facility is not just turning low- to no-value material into something because the existing mills aren’t taking anything, we are talking about creating lumber to rebuild Greenville. And it’s ultimately about more than rebuilding Greenville, it’s about rebuilding hope in the (Indian) Valley,” he explained.

The sawmill will provide a much-needed market for fire-killed hazard trees near homesites and small landholdings and create rough-cut lumber for rebuilding communities damaged by the Dixie Fire.

Dixie Fire damages communities and blackens forests Last summer, Indian Valley and the towns of Greenville, Taylorsville, and Crescent Mills were right in the middle of the Dixie Fire, the largest single-source blaze in California’s history, and one of the most destructive. Flames ran up and down the surrounding hills and pushed, at times, onto the valley floor. Heavy smoke blanketed the area for months.

When the Dixie Fire’s flames subsided, most of Greenville had burned to the ground. Dozens of homes were lost in nearby Indian Falls and Canyondam, as well. The surrounding mountains were transformed from green to black, with tens (if not hundreds) of thousands of trees killed by high-severity fire.

Tens of thousands of dead trees with no place to go 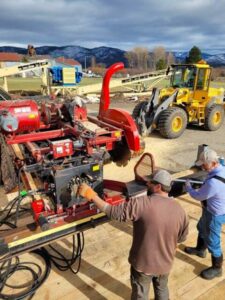 J&C Enterprises operate a circular saw, one of several pieces of used equipment purchased from around the county to assemble the new sawmill. Photo: Camille Swezy.

When residents returned, many found themselves unable to begin the most basic of recovery activities—like clearing the standing dead hazard trees from the land where their homes once stood.

Hazard-tree removal is hard and dangerous work that often requires expensive heavy equipment run by skilled operators. Typically, the costs to a landowner would be offset by selling the logs.

Unfortunately, after the Dixie Fire, nobody was buying logs—owners of the only sawmills in the area were already working around the clock trying to salvage some value from the tens of thousands of dead trees on their own landholdings.

This left small, private landowners (along with large, public landowners like the Plumas National Forest) with no good way to pay for hazard-tree removal, and smaller independent loggers out of work. 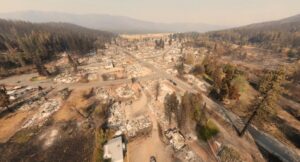 What remains of Greenville’s historic downtown after the Dixie Fire. Photo courtesy of State of California.

In the midst of this crisis, two Indian Valley organizations, the non-profit Sierra Institute for Community and the Environment and a 4th generation timber harvesting company, J&C Enterprises, saw an opportunity to do something to help their community recover and support long-term restoration efforts.

J&C Enterprises has generations of timber-industry experience and practical knowledge about logging, milling operations, and lumber markets, and the willingness and ability to invest hundreds of hours of hard work.

Three people standing outside on asphalt, man on the right holds out a piece of paper while talking, the other two women are leaning in and listening. Forested hillside with telephone wires is behind them and a mountain is in the background

The Sierra Institute owns an old industrial site five miles south of Greenville in Crescent Mills that it spent the last several years remediating. In addition, the Sierra Institute has experience managing large projects, and, crucially, a grant with the Sierra Nevada Conservancy to support wood-utilization infrastructure in the area.

Between the two of them, they have the right combination of knowledge, experience, and resources to quickly set up a new sawmill in Crescent Mills.

The immediate goal is to provide hazard-tree removal and low-cost construction materials to local residents who are looking to rebuild. Longer-term, the project partners hope that the mill can help support forest-health work by creating economic value from restoration byproducts.

Recognizing the project’s potential and the community’s needs, the SNC worked with the Sierra Institute to slightly modify grant agreements and make available the $360,000 necessary to get a mill up and running quickly.

Excitement, hope, as sawmill nears completion Even with a location, funding, and generations of know-how working around the clock, getting a sawmill up and running during a global pandemic is no simple task.

Purchasing a new mill would take too long to meet Indian Valley’s immediate needs. Instead, the partnership is piecing together a “new” mill by hunting down, buying, and assembling used equipment. Machinery was purchased used from as far away as Tennessee and Kentucky, while other components were bought new or fabricated locally. More parts have been ordered but remain mired in supply-chain backlogs, preventing the operation from running at full capacity.

Despite challenges, project partners see plenty of reason for optimism.

Logs are starting to arrive from burned areas nearby. Many have been cut into cants, a squared-off log that is a common intermediary step in producing lumber. In December, the mill sawed its first board. For the past month, it has been milling rough-cut lumber from burned logs salvaged just five miles away. The major components are all on-site and assembled, and J&C enterprises hope to be fully online in April.

Crescent Mills sawmill a model for a new restoration economy When the new sawmill is finished, it will be able to create up to 5 million board feet of lumber per year, roughly five truckloads of logs per day. It’s a relatively modest output, the nearby Chester Sawmill owned by Collins Pine Company has an annual capacity of 120 million board feet. Fortunately, the Crescent Mills facility is not seeking to compete with industrial-timber operations.

Instead, the mill looks to fill important gaps in local wood-processing infrastructure. Over the next few years, that means providing small local landowners a way to turn thousands of burned hazard trees into low-cost construction materials to help the community rebuild. Beyond hazard-tree removal, sawmill operators hope to provide a market for restoration byproducts, like smaller diameter trees, created by forest-health work in the area’s remaining overgrown forests.

Long term, the Sierra Institute also hopes the mill can anchor its vision for a diversified wood-products campus in Crescent Mills that would feature even more innovative wood-utilization strategies—like cross-laminated timber production.

As the Sierra Nevada region continues to grapple with growing wildfire recovery needs and an existential wildfire threat, the Sierra Institute and J&C Enterprises provide a promising model for sustainable economic development.

Featured photo (courtesy of J&C Enterprises) shows boards cut from trees killed by the Dixie Fire sit at the new sawmill in Crescent Mills, five miles south of the town of Greenville.

This article originally appeared on the website of the Sierra Nevada regional government. Reprinted here by permission.