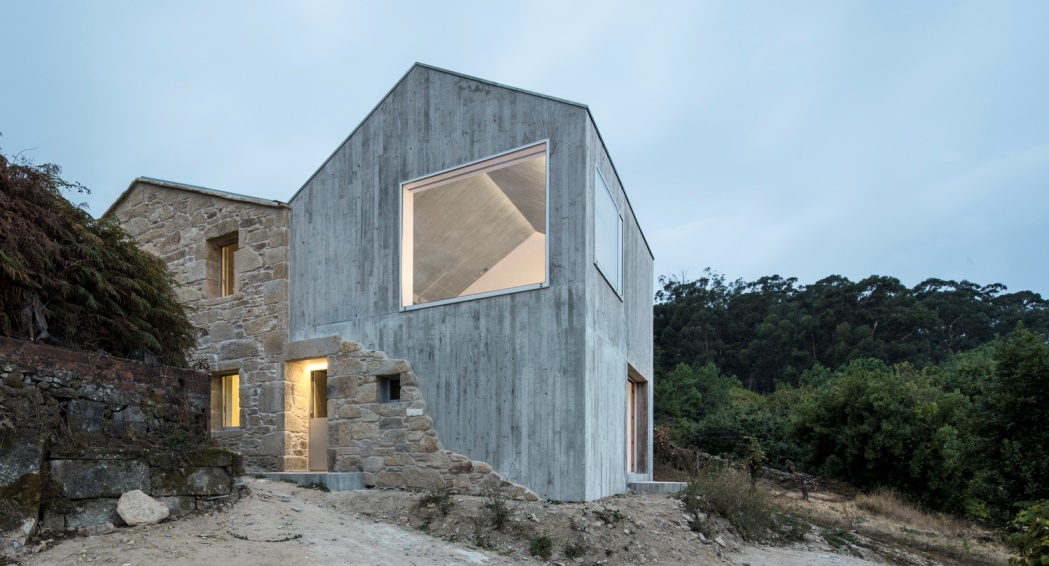 It’s a fairly common story: wealthy urbanite falls in love with a ramshackle old stone farmhouse with a beautiful view in a remote area and decides to restore and modernize it into a residence.

The results generally fall into one of three categories: 1) extensive demolition that largely removes the historic value; 2) an unholy mish-mash of old and new that visually blights the area; or 3) a beautiful, harmonious rehabilitation that respects the heritage while giving the structure a vibrant new life and purpose.

I believe this project happily falls into the latter category.

Here’s what the architects at Fuertespenedo Arquitectos say about their project: 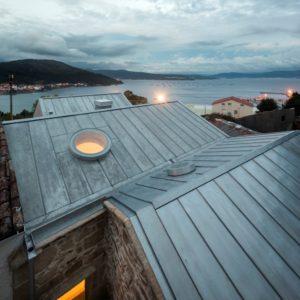 This house in Miraflores, Muros, Spain comprises a small rural core of traditional character, formed by a set of stone houses and a large number of granaries that once housed, dried and treated the corn plantations.

The house is located on a steep plot, originally was composed of two attached volumes, which respond to the traditional scheme of Galician housing where the main spaces were the stables and the kitchen: with the oven and the stone cooler, but with the passage of time a third volume is added and a series of modifications are made that distort its character.

The three volumes adapt to the slope, are protected from the winds and almost close to the imposing views of the Muros estuary, giving rise to a compartmentalized interior, of small and dark spaces. 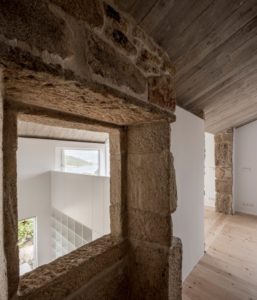 The proposal is based on the understanding of the place: the scale of the rural nucleus, the pre-existing housing, the materiality of the stone, the 180º views of the estuary or the sunlight are the parameters that have been taken into account when considering the acting.

The project idea seeks to highlight its identity: dignifying the preexisting and creating a fluid interior space bathed in light and directed to the views.

The decisions that pursue the realization of the idea go through to maintain the original stone volumes in their form, replace the third added volume, due to its scarce interest, for a new volume of concrete, in order to complete the built set.

The stone facades keep their original spaces, while in the new volume there are large windows that open onto the views of the estuary, with oriented positions that reflect the use inside and dialogue with the existing.

The intervention is committed to a sincere use of materials, limiting the maintenance of the stone, the introduction of exposed concrete and Zinc, which unifies the roofs. 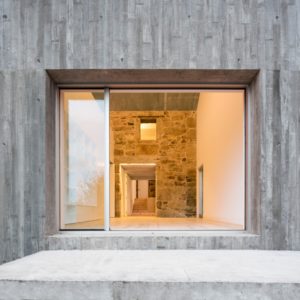 Another decision goes through the creation of three skylights of different dimensions that bathe the dining room space, the shower space and the old space of the stables, getting the light to bathe the interior stone walls.

The interior is considered as a fluid space in which, as a journey, it travels through the different heights and rooms of the house, enjoying the unique character of each of its spaces.

Playing with the scale, the visual connections and the light, it is possible to create a continuous spatial system that structures the spatial experience of the house. The wood, Galician pine, as the only material that unifies the entire interior provides the warmth and reinforces the idea of ​​the new home: the home.