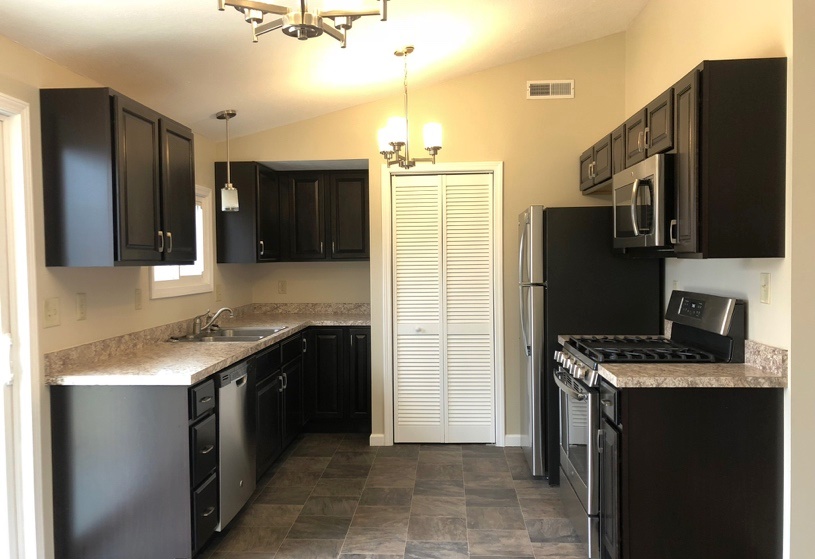 In 2018, the Land Bank completed its first ARR project in Shalersville Township. The property was brought to the Land Bank’s attention by the Sheriff’s Department and local trustees, who wanted to see the property revitalized in order to benefit the surrounding neighborhood. 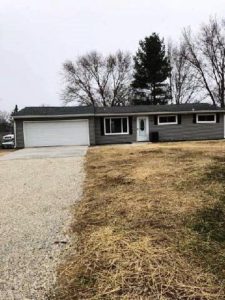 The Land Bank was able to acquire the property via tax foreclosure and to invest in its full rehabilitation. The property was then listed with a local real estate agent and sold in just a few days to a single-family property owner.

Neighborhood revitalization efforts normally require a large-scale, programmatic approach. But occasionally, the rehabilitation of a single problematic property can make all the difference. Such was the case here.

In an email to REVITALIZATION publisher Storm Cunningham, Brad Cromes, Portage County Treasurer, explained “This project was identified for us by the local Trustees and our County Sheriff as a problem drug house. By acquiring the parcel, fixing it up, and getting it to a new owner, we not only remediated the drug issue, but stabilized a block in a key neighborhood.”

The Portage County Land Bank began with the administration of the Moving Ohio Forward program, which was designed to eliminate blight through demolition of residential properties, and has continued this campaign with the Neighborhood Improvement Program, which focuses upon the acquisition and demolition of blighted, tax delinquent residential properties.

In just seven years, the Land Bank’s administration of these programs has brought more than $1.6 million in state and federal funds to the County for blight elimination and property improvement. Utilizing these funds, the Land Bank has impacted nearly 300 properties.

Of these, the Land Bank has acquired more than 180 formerly tax delinquent and blighted parcels, and has returned 52 of these properties (or approximately 30% of the inventory) to the tax rolls.

Stacy Brown, Executive Director for the Land Bank’s administrator, Neighborhood Development Services Inc., says “The Land Bank has been extremely successful in administering these grants and, as a result, has secured additional funds from these programs to further its mission and impact. Over the last year, we have also placed increased focus upon returning these properties to the tax rolls, and plan to continue these efforts in 2019.”

Efforts to return properties to private ownership will continue into 2019 and beyond as grant restrictions expire and sale efforts ramp up. Grant administration programs, combined with the Land Bank’s parcel consolidation efforts in the McElrath community, local demolition grants, a burgeoning acquisition rehabilitation and re-sale (ARR) program, and the Land Bank’s other programming, demonstrate real progress toward the organization’s mission and its potential as a tool for continued community improvement.

The Portage County Land Reutilization Corporation—AKA Portage County Land Bank—was founded in 2012, with the support of the county’s Board of Commissioners and the local Prosecutor’s Office. The Land Bank is governed by a seven-member Board of Directors, whose make-up is largely determined by state law. Currently, the Board includes: Portage County Commissioners Vicki A. Kline and Kathleen Clyde; Portage County Treasurer, Brad Cromes; Sue Fields of Brimfield Township; Bridget Susel of City of Kent, Jack Kohl, and Ina Sayre. The organization’s mission is to facilitate the conversion of vacant, blighted, abandoned, and tax delinquent properties to productive use for the benefit of our community.