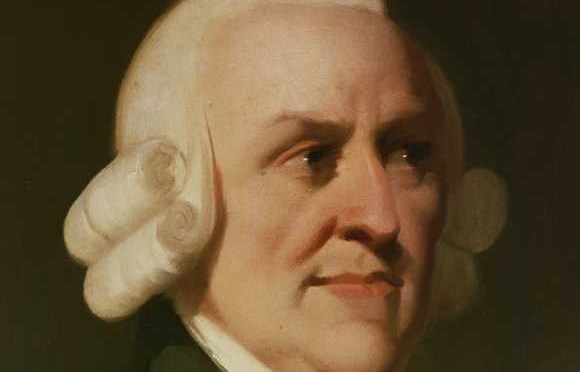 Apart from the local college and theatre taking his name, pioneering philosopher and economist Adam Smith, who taught at Glasgow University and lived and is buried in Edinburgh, has been neglected by his home town of Kirkcaldy where he wrote his most famous works.

That’s all about to change, however, as finishing touches are made to a £1 million exhibition and heritage centre in Kirkcaldy which will celebrate the world-renowned legacy of the moral philosopher and economist.

There’s a long term ambition to use Smith as the catalyst to combat poverty, promote education and enterprise, and regenerate the heart of Kirkcaldy by transforming what is arguably its greatest asset – the waterfront.

“There is a long term ambition to get World Heritage status for the merchants quarter and next steps include how we link the Smith experience from the Auld Kirk (where he was baptised) all the way to Dysart,“ said Labour Fife councillor Neil Crooks who chairs the multi-agency Kirkcaldy Ambitions Partnership.

“The aim ultimately is to make Kirkcaldy a destination for millions of people around the world who are influenced by his writings and fascinated by his connections from Rabbie Burns to Abraham Lincoln and the American constitution,” he continued.