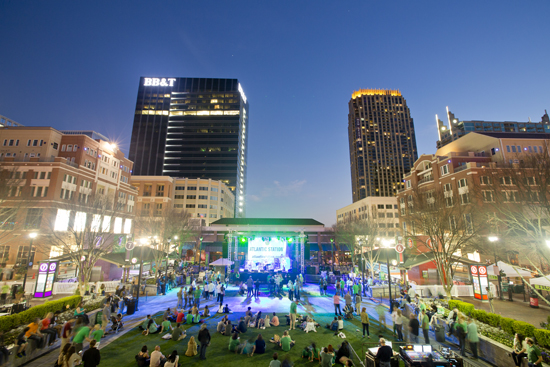 So, what exactly is a TAD and how do they stimulate development in otherwise blighted areas avoided by developers and investors?

Simply put, they are designed to make areas more attractive for investment by devoting public funds to them.

Once a city or county establishes a TAD, revenue bonds can be issued to remedy infrastructure and environmental problems and other issues that might keep potential developers at bay. The renovations pave the way for investors to develop commercial and residential projects that increase revenue and can create jobs.

The extra tax revenue created by the development is then used to repay the revenue bonds over the life of the TAD, usually 20-30 years. Then the extra revenue goes into city and school district coffers. During the life of the TAD, the city and schools receive the same property tax proceeds from the district that they would have received otherwise, so TADs do not cut into existing revenue.

One of the most celebrated and successful TADs in Georgia is Atlantic Station, near the Georgia Tech campus in Atlanta. It was once a huge and shuttered Atlantic Steel mill, dilapidated and with more than 100 acres of land rife with environmental challenges.

Atlanta created a TAD for the site in 1999. Bond money was then used to erect a bridge across Interstate 75/85 to connect the development to Peachtree Street and downtown. In addition to environmental cleanup, the bond money also helped finance sewer lines, roads and sidewalks that helped attract investors and developers.

The result is easily visible to people driving through the heart of the city on the interstate: a thriving 138-acre residential and commercial development that will, when the TAD expires, greatly increase the city’s tax base.

Photo of Atlantic Station by www.atlanta.net