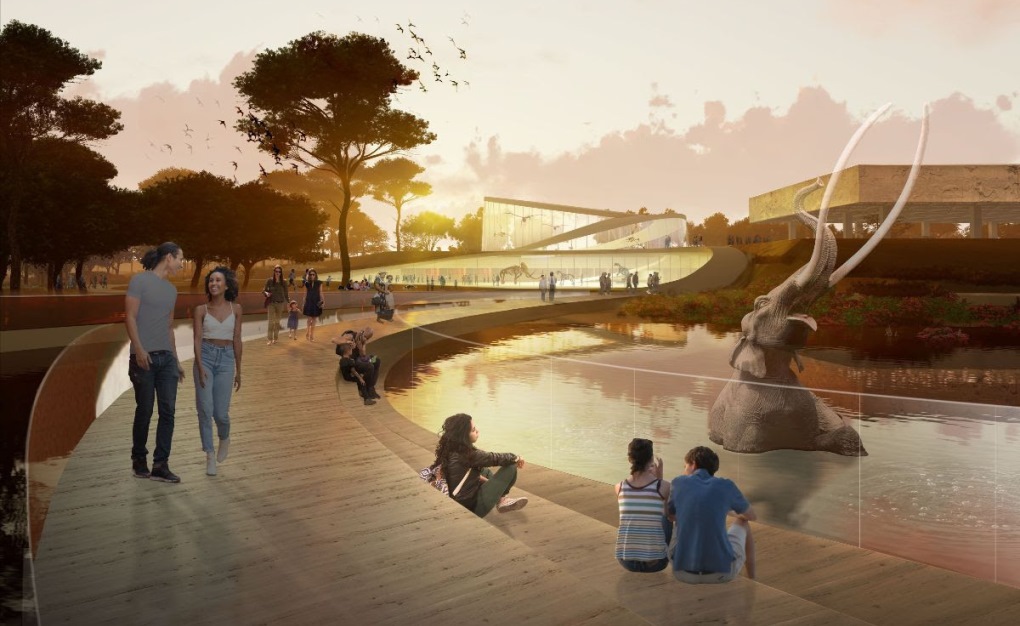 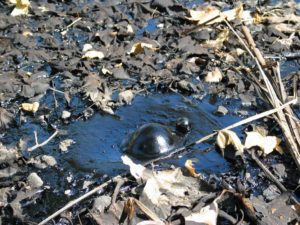 The La Brea Tar Pits are a group of tar pits around which Hancock Park was formed.

Natural asphalt (also called bitumen or pitch) has seeped up from the ground in this area for an estimated 38,000 years. That’s the age of the oldest bones discovered in them so far.

The tar is often covered with dust, leaves, or water, making it dangerous. As a result, the tar has preserved the bones of trapped animals over the millennia.

The George C. Page Museum is dedicated to researching the tar pits and displaying specimens from the animals that died there. La Brea Tar Pits is a registered National Natural Landmark.

The WEISS/MANFREDI team will work with the Natural History Museum of Los Angeles County (NHMLAC) on a multi-year process of public engagement, master planning, design and construction on the Tar Pits’ 13-acre campus, which encompasses the world’s only active paleontological research site in a major urban area, its asphalt seeps, surrounding parkland, and the George C. Page Museum building.

“There is truly no place in the world as magical as the La Brea Tar Pits,” said design partners Marion Weiss and Michael Manfredi. “We and our team are deeply honored and grateful for this once-in-a lifetime opportunity to reveal the multiple identities of the Tar Pits, the Museum, and Hancock Park.” 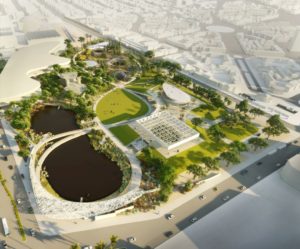 WEISS/MANFREDI’s “Loops and Lenses” concept creates new connections between the museum and the park, between science and culture, and envisions the entire site as an unfolding place of discovery. The design forms a triple mobius that links all existing elements of the park to redefine Hancock Park as a continuously unfolding experience.

The WEISS/MANFREDI team was chosen by NHMLAC through an international search process and competition, in which the Museums chose three finalists based on the overall quality and character of their response to a Request for Information. The other two finalist were Copenhagen-based firm Dorte Mandrup and New York-based Diller Scofidio + Renfro.

“We are excited to move forward with Marion, Michael, and their remarkable team, as we work toward a more integrated experience of the museum and the landscape in Hancock Park while increasing community access, preserving the site’s iconic features and developing a more sustainable infrastructure for the next 50 years,” said President and Director of NHMLAC Dr. Lori Bettison-Varga.