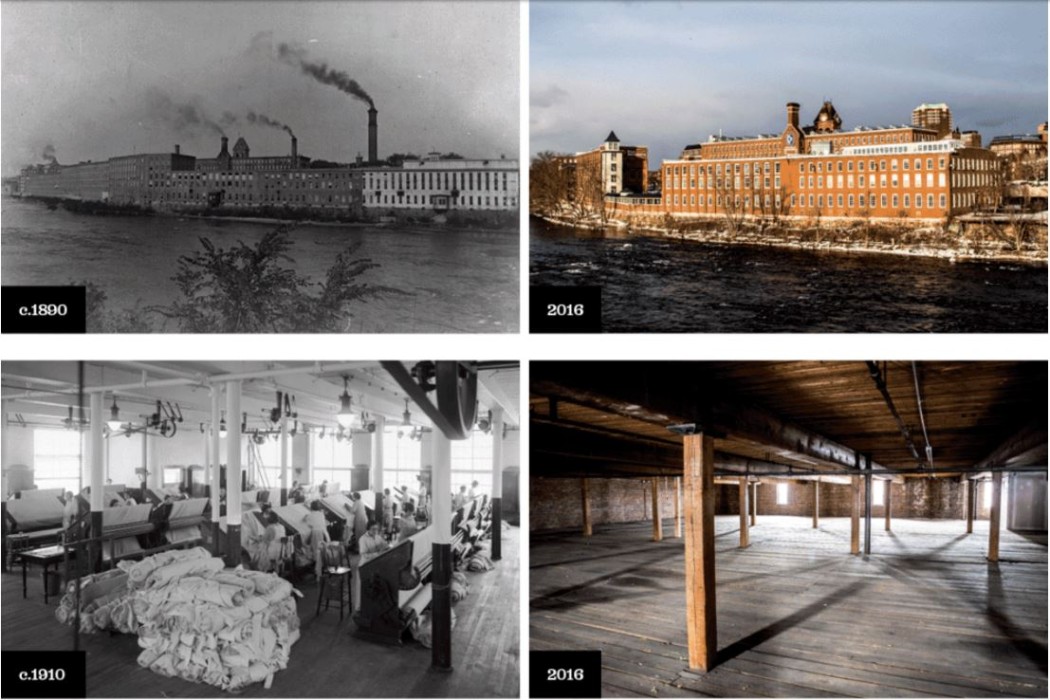 When Hunter S. Thompson came to Manchester, New Hampshire to cover the 1972 presidential campaign, he described it as “a broken down mill town with an aggressive Chamber of Commerce and America’s worst newspaper. There’s nothing much else to say for it.” And he was pretty-much correct in his assessment.

Today Manchester has gotten its groove back, successfully resurrecting its massive riverside mill district into a teeming knowledge industry hive. Led by a world famous inventor colorful enough to have invited comparisons to Thomas Edison, Willy Wonka, and Dr. No, high-tech firms have colonized the millions of square feet of red brick textile mills along the cleaned-up Merrimack River.

In the late 1930’s local leaders worked mightily to revitalization the then-bankrupt and abandoned Millyard and succeeded…for a while. Then, Interstate 293 smashed through its southern edge in the 1950s, drawing people, stores and manufacturers out into the new suburban hinterlands.

An anthrax outbreak killed four workers at a goat hair processing concern in 1957, ultimately forcing authorities to undertake what was said to be the largest decontamination project in history: The affected mill building was torn down, its beams incinerated, its bricks soaked in chlorine and buried.

A few blocks to the south, cows lined up at an old-fashioned slaughterhouse which in those pre-Clean Water Act days poured the resulting blood and guts into the fetid river.

Manchester owes its current revitalization to a fortuitous and somewhat unlikely marriage of preservation and innovation. During a decades-long dormant period city officials pined for an industrial heyday that would never return, but they awoke from a nearly fatal slumber to discover that with a few smart changes to their dating profile they might better attract a class of forward-looking suitors who admired the city’s signature buildings for what they could be rather than for what they once were. 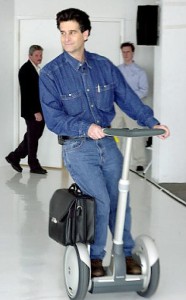 In the early 1960s, the city was considering knocking the whole place down and starting over, a position endorsed by many former Amoskeag workers, who had few fond memories of working in the world’s largest sweatshop. But historical preservationists argued the Millyard should instead be repurposed as a mixed-use urban center

Probably the single most important factor in its industrial renaissance was the arrival, in 1981, of inventor Dean Kamen.

The Queen City’s 21st-century vitality has become a model for dozens of “first wave” industrial towns and cities spread across the Northeast and the Southern foothills—from Lawrence, Massachusetts, and Biddeford, Maine, to Graniteville, South Carolina, and Prattville, Alabama—as they ponder how best to transform and compete in a fast-moving global economy.