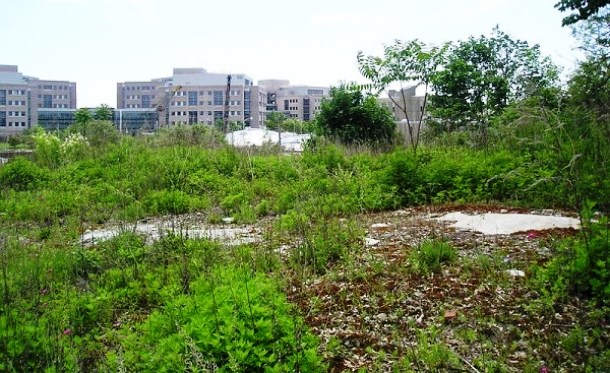 It was a fiasco, one that gave Connecticut and one of its oldest cities a black eye. Now we get to relive it.

Jeff Benedict’s book, Little Pink House, has been made into a documentary movie. It premiered on April 15, 2018 at the Garde Arts Center in New London, Connecticut, not far from the scene of what many view as the scene of a crime.

The book and film tell the story of Susette Kelo, a woman who gained national publicity for her years-long battle to save her beloved pink cottage in New London’s Fort Trumbull neighborhood from a major redevelopment project. Kelo’s case went all the way to the U.S. Supreme Court. She lost in that conservative-majority court, but she won in the court of public opinion.

Then-Governor John Rowland, a Republican, had decided to make major investments in the state’s cities, including New London. But he didn’t want to deal with Democratic power structure of the “Whaling City.” At the groundbreaking on September 1, 1998, Rowland told the crowd: ”Years from now, this will be a case study in how to revive a community.”

Rowland proved to be a poor prophet. His massive failure is a cautionary tale for municipal leaders and planners who are currently redeveloping parts of their own cities. Worse yet, two decades later, nothing but weeds have come to the site. Only the demolition of a much-loved neighborhood was successfully implemented.

Most observers believe that the fundamental mistake, from which all the trouble sprang, was the arrogant, aristocratic decision to demolish the residential neighborhood. “There were 90 acres. People lived on 10 acres. It would have been easy to develop around them. That’s all we ever wanted,” said Professor Fred Paxton, a Connecticut College history professor who was a member of the Coalition to Save Fort Trumbull, one of two groups that tried to save the neighborhood.

Indeed, well regarded Waterford architect John Steffian drew up plans that would have redeveloped the area without sacrificing the neighborhood.

If they had taken this approach, they would have been practicing what REVITALIZATION publisher Storm Cunningham referred to as “restorative development” in his 2002 book, The Restoration Economy.

Instead, they chose what Cunningham refers to as the “destroy it and they will come” school of urban renewal. This primitive, wasteful, inhumane approach is still in vogue among many conservative politicians, who perceive any neighborhood containing low-income, immigrant and/or ethnic minority residents as “blighted”, no matter how healthy and vibrant that community might be.

People across the country were outraged that the city could take someone’s home and give it to a large private developer in the name of “economic development”. As a result, over 40 states have ignored the Supreme Court’s ruling. They have tightened-up their laws on eminent domain, to protect homeowners from abuse when politicians are purchased (or rented) by real estate investors.

Photo of the vacant land that used to be the Fort Trumbull neighborhood courtesy of Connecticut History.

See article by Tom Condon in the Connecticut Mirror.