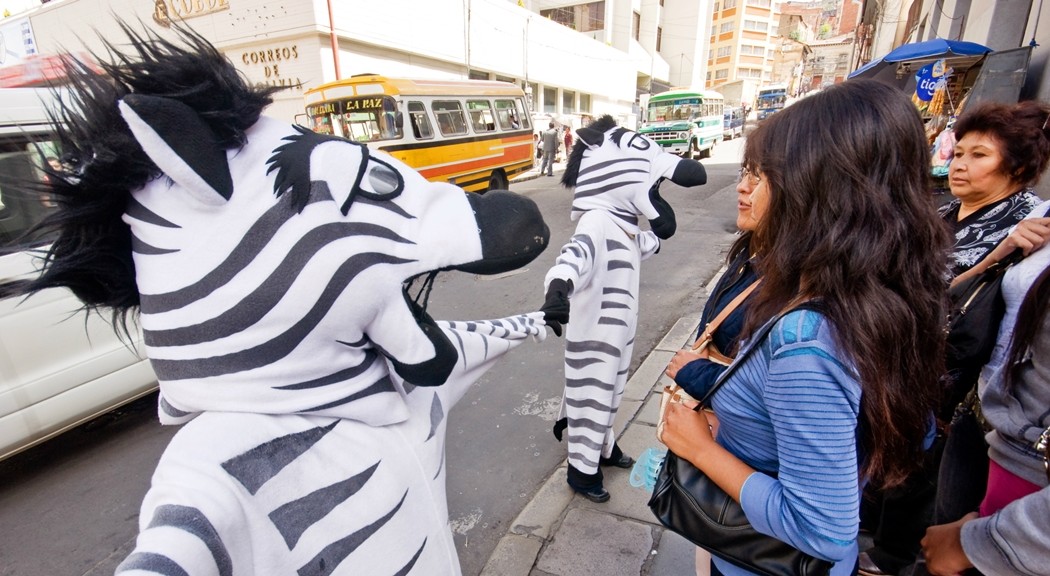 Reversing the decline of La Paz, Bolivia was the avowed mission of Juan Del Granado, who was elected mayor of the city in 1999 at the head of a newly founded political party he and his colleagues dubbed “the Movement without Fear.”

He came to office with one word in mind: transformation. “The day after he took office, Del Granado realized that none of the municipal vehicles and machines had fuel,” recalls Pedro Susz, a key Del Granado aide. “He ordered the purchase of $10,000 of gasoline to make them functional. Some days later, the vendor insisted on talking face to face with Del Granado. Once in his office, and accustomed to the old practices, he extended a check for $1,000 to Del Granado, saying, ‘Mayor, here’s your 10 percent.’ Those were the last words he managed to utter before being forcibly expelled from the town hall.”

Such measures were important above all because they contributed to a positive change in the image and self-perception of public officials. Traditionally the public had tended to view such officials as self-interested operators rather than as public servants acting in the common interest.

But thanks to Del Granado’s reforms, the city’s residents gradually came to see local officials as public managers and, in some cases, even as positive agents of social transformation, says Yerko Ilijic, a member of the La Paz city government. This process was helped by Del Granado’s public relations acumen and his ability to use events (even natural disasters) to foster a sense of pride among municipal officials and workers.

According to data from the La Paz City Government, the registration of land ownership, which had declined each year between 1998 and 2001, increased significantly from 2002 to 2004. The number of citizens paying tax on real estate grew by 52 percent from 2000 to 2004. Tax revenue from real estate and vehicle ownership grew 37 percent between 2000 and 2004, and has continued to rise since then, growing some 15 percent just between 2010 and 2011.

These economic improvements helped to restore the city’s financial credibility, which in turn enabled it to attract funding from international sources such as the World Bank and the Inter-American Development Bank, both of which had previously been cautious about lending to Bolivian institutions.

Examples of such funding are the Secondary Education Transformation Project (2007-2013), funded by the World Bank, and the Preparation for the Rehabilitation of Downtown La Paz (2009), funded by the Inter-American Development Bank.