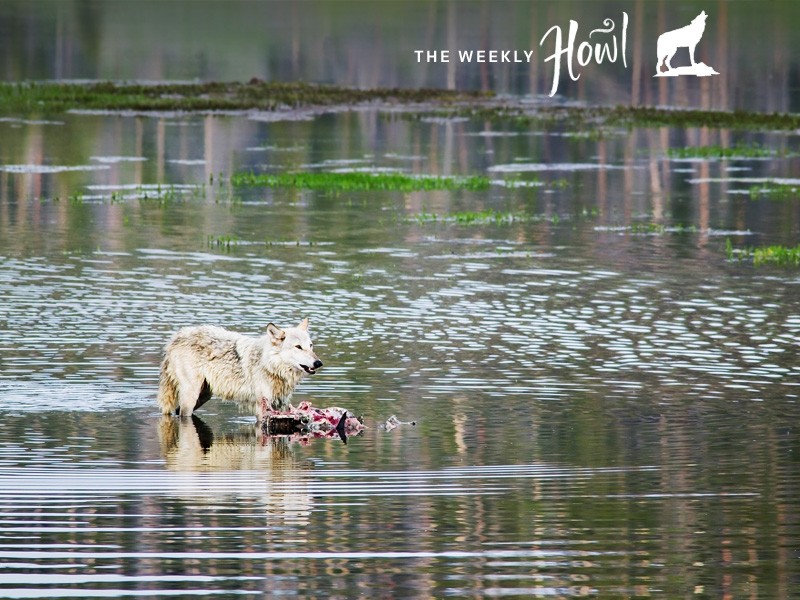 The land of Old Faithful wasn’t always so lush. Two decades ago, Yellowstone National Park was the victim of defoliation, erosion and an unbalanced ecosystem. But in 1995, everything changed.

That was the year wolves were reintroduced to the park. Before then, government predator control programs had all but eliminated the gray wolf from America’s lower 48 states.

Consequently, deer and elk populations increased substantially, resulting in overgrazing, particularly of willows and other vegetation important to soil and riverbank structure, leaving the landscape vulnerable to erosion. In the absence of wolves, the entire ecosystem of the park suffered.

A film, which has garnered more than 18 million views on YouTube, gives a captivating explanation of Yellowstone’s turnaround. British writer George Monbiot lends his voice to this short documentary, and his zeal is infectious as he describes how wolves reinvigorated the park. “We all know that wolves kill many animals, but perhaps we’re slightly less aware that they give life to many others,” he says in the film. So much of our knowledge of these creatures focuses on their potential threat to humans, rather than their biological importance.

As a top predator, wolves are one of Yellowstone’s linchpins, holding together the delicate balance of predator and prey. They even impact the physical landscapes around them.

Their removal in the early 20th century disrupted food webs and set off something called a “trophic cascade,” in which the wolves’ natural prey (in this case, elk) multiplied, all the while consuming increasing amounts of foliage. The phenomenon occurred again in reverse when the wolves were reintroduced and the natural balance was restored.