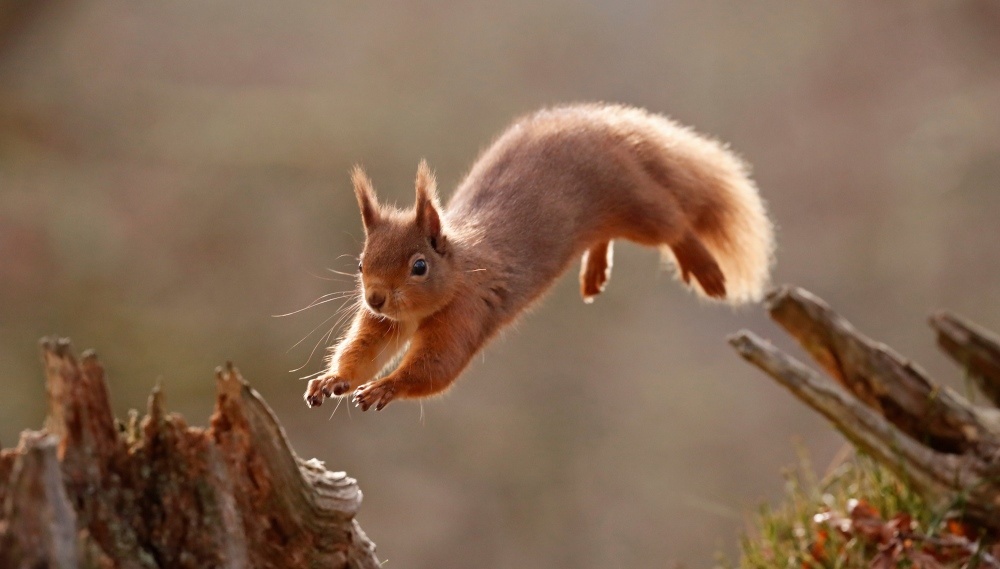 In Great Britain, climate zones are shifting by up to five kilometers per year due to rising temperatures. It will have potentially catastrophic impacts for wildlife, says a new report by Rewilding Britain.

The shift—due to human-caused climate heating, and hundreds of times faster than the country’s natural climate warming at the end of the last ice age—is set to outpace many species’ ability to adapt and adjust their ranges.

But Rewilding Britain’s research also shows that a massive increase in restoring and connecting species-rich habitats across at least 30 percent of Britain’s land and sea by 2030 could help save a fifth of species from climate-driven habitat loss, decline or extinction.

The charity is calling for the creation of core rewilding areas across at least five percent of Britain, with a rich mosaic of nature-friendly land and marine uses across another 25 percent of the country.

“Nature is our life support system and it’s at risk. We urgently need to kick-start a new era of rewilding and nature restoration to match the growing tsunami of climate heating and species extinction,” said Rebecca Wrigley, Rewilding Britain’s Chief Executive.

“We can only thrive if nature thrives, so we need to think big and act wild, with radical change in how we manage land and sea to halt and reverse biodiversity declines, and tackle climate breakdown,” she added.

The estimated shift in Britain’s climate zones is part of a pattern in which such zones across the northern hemisphere are moving northwards, and upwards in elevation, at an unprecedented rate. Rewilding Britain’s calculations are based on an analysis of existing research by leading experts.

For many plants and animals, surviving such rapid change will partly depend on their ability to move their ranges to more hospitable areas. Those that can’t move across land or sea at roughly the same rate as their climate zone are likely to decline and be at increased extinction risk.

Rewilding Britain says Britain’s severely depleted wildlife and crumbling biodiversity is in no fit state to withstand climate heating’s shocks, which also include sea level rises and extreme weather patterns such as fires, floods and droughts.

Although Britain should be teeming with wildlife, populations of species – from songbirds to insects to plankton – are collapsing, with some 56 percent in decline and 15 percent threatened with extinction.

Britain’s network of often-degraded protected areas is also too small and fragmented to offer enough habitat for most species to move to, and may end up being no longer in the climate zones for most species they are intended to protect. Connectivity to help species move their range is also threatened by intensification of activities such as farming, forestry and fishing.

Rewilding Britain’s proposal for a network of core rewilding areas across five percent of Britain would restore as many natural processes, habitats and related species as possible – with a mix of native forest, peat bogs, moorlands, heaths, grasslands, wetlands, saltmarshes, kelp beds, seagrass and living reefs, and without loss of productive farmland.

These rewilding areas should be embedded in nature-enhancing landscapes across at least another quarter of Britain’s land and sea – with activities such as low-impact mixed forestry, natural product harvesting and nature-based tourism, and with the Government providing financial incentives for wildlife-friendly and regenerative farming, including through its Environmental Land Management Scheme for England and similar schemes in Scotland and Wales.

Such landscapes would act as ‘natural dispersal corridors’, allowing species to move as the climate heats. They would also soak up atmospheric carbon. Rewilding Britain’s previous research has shown how extensive rewilding could reduce the UK’s annual greenhouse gas emissions by at least 10 percent.

Taking no set path, these corridors would connect, enhance, restore, and expand Britain’s most important habitats, using the core rewilding and protected areas as stepping stones for nature.

In its role as a catalyst to mobilize and support a movement of locally led rewilding action and the myriad of nature recovery initiatives emerging countrywide, next month Rewilding Britain will launch the Rewilding Network – a decentralized hub bringing together and offering advice to thousands of people who are considering or already rewilding.

The charity’s newly relaunched website rewildingbritain.org.uk provides information for people to start or continue their own rewilding journeys, whether on a large-scale or in gardens and communities.

Rewilding Britain is also calling on the UK Government to enshrine the Prime Minister’s recent promise to protect 30 percent of the country’s land by 2030 in a clear regulatory framework through the upcoming Environment Act, with sufficient funding and with rewilding becoming a key land use.

Rewilding Britain wants rewilding – the large-scale restoration of nature so that it can take care of itself – to flourish across Britain to reconnect people with the natural world, sustain communities, and tackle the extinction and climate crises.

Rewilding Britain’s new report, Adapting to climate heating: How rewilding can help save Britain’s wildlife from extinction during the climate emergency, can be downloaded from the charity’s website.