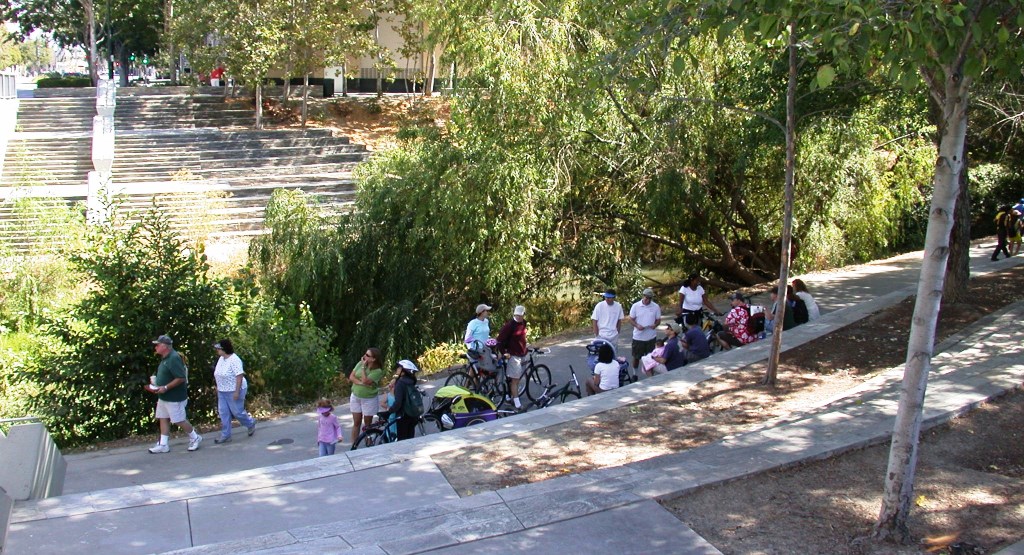 From New York City’s High Line Park to Atlanta’s BeltLine, communities across the country are transforming underutilized infrastructure into engaging public spaces. In almost all cases, these revitalizing projects involve the 3Re Strategy: repurposing, renewing and reconnecting.

Opened in 2005, the river park was considered groundbreaking in its flood protection infrastructure and its public space design at the time. 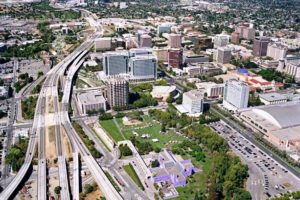 But after more than a decade, the park has aged, making a number of challenges clear: Maintenance is inconsistent; a large population of homeless residents lives along the river banks; conflict continues over the quantity and quality of water for fish and other wildlife; and a lack of amenities and basic design features has left the park underutilized.

Plans to bring BART and high-speed rail to Diridon Station have spurred significant planning and development interest around the station and downtown, including Google’s  massive impending employment and residential village that will flank the river park.

Now is the time to capitalize on this interest with bold thinking and big investments in Guadalupe River Park.

In collaboration with project partners, SPUR is leading an initiative to develop a cohesive and integrated vision for the park’s next phase. They envision the Guadalupe River Park as a hub for community engagement, a catalyst for economic and cultural vitality, a flourishing natural habitat and an inclusive gathering place for residents, workers and visitors. The white paper linked to below summarizes their initial research and community engagement, and will be followed by additional research and recommendations.

SPUR is a member-supported nonprofit organization that brings people together from across the political spectrum to develop solutions to the big problems cities face. With offices in San Francisco, San Jose and Oakland, they are recognized as a leading civic planning organization, and are respected for their independent and holistic approach to urban issues.

Featured photo (2005) of the newly-opened Guadalupe River Park is by Dvortygirl via Wikimedia Commons.