Brownfield properties often sit idle for years without investment, cleanup, or redevelopment. These blighted properties are not active in the real estate market because the costs associated with cleaning and redeveloping them are not economically viable.

Not only do brownfields represent a threat to human and environmental health, but they also degrade the value of neighboring properties and depress property tax revenues. Governments at different levels have often invested in public improvements and infrastructure to serve the prior uses on brownfield sites, and without redevelopment and new tax revenues, the value of those investments can be lost.

While local governments would benefit in many ways from redeveloping brownfields, they are often reluctant to take title to these properties because of legal liability concerns. Furthermore, substantial remediation and development costs often exceed the value of the property, leaving them in or near “negative value situations.” The ability of municipalities to remediate contaminated sites and redevelop areas abandoned by the private market is also hampered by a lack of resources and austerity budgets at the state and national levels.

Many communities that are operating in broken real estate markets and struggling with vacancy and blight have turned to land banking as a revitalization strategy. This article summarizes the emerging juncture of land banks as a brownfields revitalization tool by reviewing the following initiatives:

In doing so, the article will identify unique strategies, common themes, and barriers in order to make the case that land banks focusing on brownfields revitalization are becoming the “fourth generation” of the land bank movement. The article concludes with some policy recommendations that should be incorporated into statewide land bank enabling legislation to ensure land banks become an effective tool for redeveloping brownfield sites.

Land banks are public authorities or special purpose non-profit organizations created to act as legal and financial conduits to transform, hold, manage, repurpose, and develop vacant, abandoned, tax-foreclosed, and other problem properties that have been discarded or underutilized by the private market. Successful land bank programs revitalize blighted neighborhoods and direct reinvestment back into these neighborhoods to support their long-term community revitalization.

These efforts, as noted by Frank Alexander in the Center for Community Progress publication Land Banks and Land Banking, included “much more extensive intervention in the property tax foreclosure process, and in the case of Michigan, the ability to acquire all tax foreclosed properties, not just properties for which there is no third-party investor ready to purchase it.” The third generation of land banks currently consists of eight states—New York, Georgia, Missouri, Pennsylvania, Tennessee, Nebraska, Alabama, and West Virginia—that all adopted variations of the model land bank statute developed by the Center for Community Progress.

The proliferation of land banks as a community revitalization strategy has been documented to help communities grow redevelopment capacity for addressing vacant and foreclosed properties. This strategy was delineated in another Community Progress publication, Payton Hines and Tarik Abdelazim’s Take it to the Bank: How Land Banks are Strengthening America’s Neighborhoods.

Preceding that report, but noting the trend, brownfield economist Evans Paull and planning consultant Seth Otto posited the idea of combing tools from the land bank movement, tax increment financing, and redevelopment authorities to invent the brownfields land bank. Since that time, the land bank movement has continued to mature, and there are several creative land bank initiatives being developed that focus on brownfields revitalization. This article suggests that using land bank strategies to focus on brownfields redevelopment represents the beginning of the fourth generation of land banks.

The Connecticut Brownfield Land Bank (CBLB) is unique in the land bank discussion because it operates as a statewide non-profit absent any land bank enabling legislation. A recent outgrowth of the Regional Brownfields Partnership of West Central Connecticut, which is hosted by the Valley Council of Governments, the CBLB is focused on providing municipalities with technical assistance in the assessment, remediation, and redevelopment of brownfield sites.

The CBLB also hopes to become a transactional partner, using its status as a not-for-profit corporation to help municipalities aggregate parcels for redevelopment and structure redevelopment deals for properties with longstanding brownfield issues.

The aims of the CBLB are largely transactional, focusing on brownfield sites identified by municipal partners on an ad-hoc basis. While the state has a variety of programs for liability relief and funding assistance for brownfields, the CBLB must carefully select which sites to work on based on environmental liability, the availability of assessment and remediation funds, and a private partner or other end user of the site.

Additionally, any sites held by the CBLB will be subject to property taxes, unless the local municipality either reduces the assessment to zero because of contamination or agrees to enter the site into some other eligible tax abatement program. The CBLB would benefit from statewide enabling legislation authorizing environmental liability protection for non-profits working on brownfields redevelopment or empowering the creation of brownfields land banks with similar powers to the model statute as re-envisioned by Evans Paull and Seth Otto.

The Suffolk County LandBank Corporation (SCLBC) on Long Island, New York represents the transition from the third to the fourth generation land bank. The SCLBC was enabled when New York passed the model land bank statute (N.Y. Not-for-Profit Corp. Law Article 16), embedding it firmly in the third generation. However, the SCLBC was created for the distinct purpose of facilitating the remediation and redevelopment of tax-delinquent brownfield sites.

The Suffolk County government maintains an interdepartmental work group to triage potentially contaminated properties and prevent the County from foreclosing on them. This creates a backlog of problematic properties in “dead zones,” where the landowner fails to pay taxes and the County declines to foreclose because of potential environmental liability.

However, since the SCLBC was created, it has received funding from the United States Environmental Protection Agency and the New York State Attorney General’s Office to perform over twenty Phase I Environmental Site Assessments (ESAs). The Phase I ESAs help the County to decide whether to foreclose on a given property or have the SCLBC develop an alternative plan for additional assessment and redevelopment of contaminated delinquent properties.

Beyond conducting Phase I ESAs, another creative strategy employed by the SCLBC includes working with the Suffolk County Health Department to assess sites for contamination. Under the NYS Public Health Law and the Suffolk County Sanitary Code, the County is able to secure administrative warrants granting site access to conduct Phase II ESAs (invasive testing) without actually taking title to the property. While the County remains reluctant to foreclose on contaminated properties, it can assign the tax liens to the SCLBC without ever taking actual ownership of the properties.

This is important because back taxes are required to be repaid when a private party purchases a property from a tax foreclosure auction. This creates another impediment to redeveloping sites in negative value situations, which is often the case with brownfield properties. However, transferring ownership of the liens enables the SCLBC to use its land bank powers in conjunction with the environmental assessment information to package redevelopment deals for private purchasers. This is accomplished without either the County or SCLBC ever taking ownership of the property, thereby avoiding environmental liability, and uses the land bank powers in a way that does not require the purchaser to pay all of the back taxes.

While Suffolk County and the SCLBC have been creative in finding ways to access sites and avoid potential environmental liability, statewide legislation permitting municipalities and land banks to access tax delinquent sites for potential environmental assessments could accelerate and broaden this process. Further, extending any municipal liability protections and remediation funding to land banks is essential if land banks are to effectively acquire and redevelop a significant volume of brownfield sites.

The first land bank enabling legislation focused on contaminated properties, the Brownfields Land Bank Bill (HB 2734) was passed in 2015 to provide Oregon municipalities with a new tool to address some of the estimated 13,500 brownfield sites across the state. Under this bill, municipal governments may establish local land bank authorities to acquire derelict brownfield properties and use a variety of strategies and funding sources to clean them up and return them to productive use.

The law authorizes the creation of public land bank authorities, giving local governments a means of addressing contaminated properties that the private sector is unwilling to take on, without also acquiring liability solely as a result of obtaining the property. Establishment of a separate, independent land bank entity protects the local government from exposing its general fund to the risks associated with acquiring and owning contaminated property. At the same time, the Oregon land bank authorities will be protected under state law from liability for pre-existing contamination.

Moreover, like federal or state superfund laws, the Oregon land banks will also have the ability to pursue cleanup costs from responsible parties. It is anticipated that the land banks will be well situated to facilitate redevelopment deals using existing tools like prospective purchaser agreements, which are already available to provide liability protection to private parties for contamination caused by previous owners.

The land bank movement is growing rapidly. According to the Center for Community Progress, there were only a “handful” of land banks in 2005. In 2011, they counted 79; today, there are approximately 120. Similarly, only five states passed land bank legislation between 1971 and 2008, and eight more states have passed the model law since 2011. To an extent, all land banks deal with some potential contamination issues. But now, across the country, from New York and Connecticut to Oregon, community leaders are trying to figure out how to use land banking to help them redevelop brownfield sites.

It is important to note that there is no panacea for dealing with vacant, delinquent, or contaminated properties, especially in situations where the clean-up and redevelopment costs far exceed property values. However, expanding access for assessment and environmental liability protections will create new tools that can help end the cycle of disinvestment and decay caused by the presence of brownfields in our communities.

Fourth generation land bank legislation must include a system to finance land bank programs and operations. Combining reliable funding streams modeled after the Ohio Delinquent Tax and Assessment Collection system and modified versions of tax increment financing as proposed by Paull and Otto are the likely keys to the continued growth and success of third and fourth generation land banks.

An earlier version of the above article was written in advance of a paper titled “4th Generation Land Banks: Redeveloping Brownfields”, published in the American Planning Association Planning & Law Division Spring 2016 newsletter. It was written while he was a Land Use & Sustainable Development Scholar at the Pace Land Use Law Center, and a Fellow at National Association of Local Government Environmental Professionals (NALGEP). 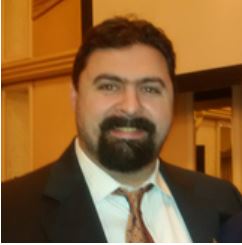