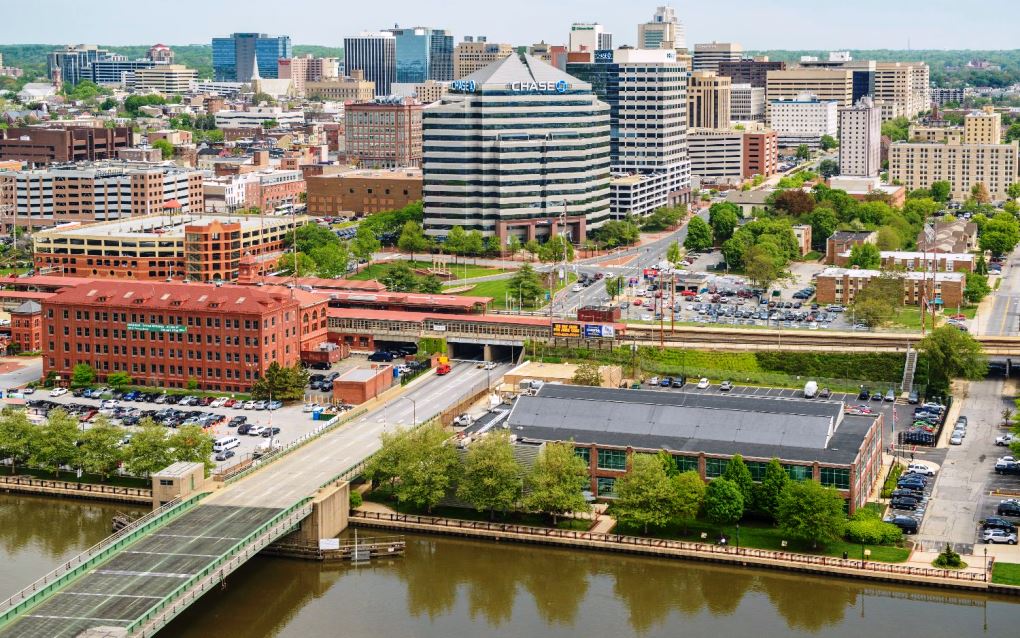 One of the Delaware State Housing Authority‘s (DSHA) most successful efforts to revitalize communities in Delaware is their Downtown Development District program.

The Downtown Development District program provides rebates of up to 20 percent for qualified property investments in selected downtown districts. DSHA manages the rebate program while partnering with other communities and agencies to provide additional incentives.

The Downtown Development District program began in 2015 in three designated downtowns and has since grown to include eight downtowns across the state. The program uses a small amount of state investment to leverage significant private investments to overcome barriers to development so that new market opportunities can be shifted back to the heart of Delaware’s communities, making them excellent places to live, work, and play. The program is designed to:

One example of the program’s success can be found in Delaware’s largest city: Wilmington. The downtown area, particularly Market Street, had been significantly affected by the recession. Many of the once-thriving stores and businesses in this area closed when the financial institutions located in the city laid off workers or relocated outside the city.

Several properties on Market Street sat vacant for years until the Downtown Development District program was created, and Wilmington received its designation. Today, the downtown area of the city is bustling with activity.

Since the program’s launch in 2015, Wilmington has welcomed a new brewery, co-working space, community pharmacy, ice cream shop (managed by the University of Delaware), a Starbucks coffee shop, an upscale Italian restaurant and more. In addition, dozens of new apartments and other rental housing development projects have also been supported by the Downtown Development District program rebates in Wilmington.

The Downtown Development District program is thus successfully encouraging Delawareans to live, work, and play in the state’s downtowns.

See maps of investments made via the Downtown Development District program.