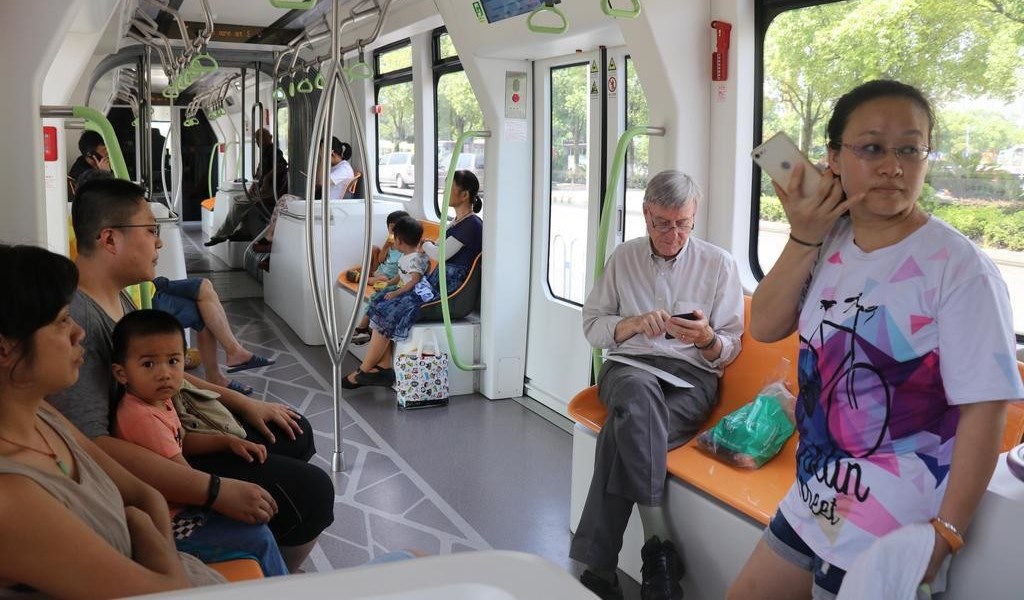 Cities and transport have always evolved together. In the 19th and early 20th centuries, railways and trams opened cities up to new kinds of urban development on the edges of dense, walkable cities created over many centuries.

Then, in the mid-20th century, the introduction of cars opened huge opportunities for development beyond inner ring suburbs, creating the urban sprawl common to many modern cities. 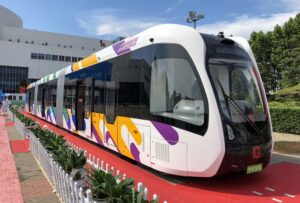 Today, there is an urgent need to rethink how city transport works, due to congestion, emissions, and housing shortages. Cities everywhere need redevelopment to minimize long car-commutes and create more livable cities and suburbs.

The middle suburbs are particularly important in this respect, as they often have sparse and slow public transport – in many of these areas, trams were taken out and replaced with buses that can’t compete with cars.

Until recently, the options for this mid-range transportation (we call it ‘mid-tier transit’) were limited to light rail, which is very expensive, and bus rapid transit, which is rarely electrified and is often stuck in traffic.

The mid-tier transit we need is trackless tram technology: less costly than light rail, faster and sleeker than buses, carbon-neutral and flexible.

Installing trackless trams in the middle suburbs can improve access to public transport, reduce emissions, increase land value and encourage more people to move to these areas. But like any new public transport development, it requires new models, policies and partnerships.

What are trackless trams?

Trackless trams have emerged from high-speed rail technology. Versions of trackless trams have been in development for almost 20 years, but in 2017 the Chinese Rail Corporation, CRRC, introduced an autonomously guided tram, a significant advance of the design and technology known as Autonomous Rapid Transit (ART).

ART has the ride quality and service characteristic of light rail, but at significantly less cost as it avoids the disruption caused by installing rail in the roadbed. The vehicles travel on rubber tires, guided autonomously using optical, lidar, radar and GPS technology. They are bi-directional, and have multiple carriages, as well as safety features and communication technologies that contribute to fleet management and ride quality.

With advances in battery and charging technologies, trackless trams operate without overhead wires and get a booster charge at dedicated stations while passengers board.

ART has been operational in China since 2018, first in Zhuzhou, before expanding to Yibin and Harbin, with planning and construction of new systems underway in five other cities in China.

There is strong interest globally in this technology, with proposals for routes in Malaysia, Israel, Zimbabwe, Australia and elsewhere.

In 2020, a competing subsidiary of CRRC introduced the Digital Rapid Transit (DRT) trackless tram. The DRT vehicle is in operation in Lingnan Shanghai on two routes. It is magnetically guided and is powered by a hydrogen fuel cell or electric battery. The vehicle is narrower and slightly lighter than the ART and has different suspension. Both vehicles will be tested in Australia at the end of this year, and this should provide further insight into the implementation costs, operational characteristics, and requirements of both vehicles.

Why focus on the middle suburbs?

In many metropolitan areas in developed countries, inner cities have largely been regenerated while outer suburbs in far-flung greenfields are not yet ready for redevelopment. The urban fabric in middle suburbs, particularly along main roads, tends to be underutilized and undervalued. This is where trackless trams can help; but to achieve this, city authorities, developers, transit planners and adjacent organizations, such as business improvement districts, need to work together.

Planning and transport agencies need to identify potential mid-tier routes in the middle suburbs. Most often these are along main roads, where once-thriving neighbourhood centers and shopping strips may be struggling to survive, while traffic volumes and road widening have made walking and cycling unsafe and unpleasant.

As part of our research with Australia’s Sustainable Built Environment National Research Centre (SBENRC), we have worked with local governments across Australia that are looking to revitalise such roads. Most councils have multiple studies going back for decades suggesting a light rail solution, but increasingly they are opting for trackless trams as a cheaper and less disruptive solution. Unfortunately, these efforts have stalled due to alack of national and state level funding and support.

We are convinced that establishing partnerships between private sector entrepreneurs, local governments, communities and other agencies, would enable joint project and infrastructure development. When trains and trams transformed our cities, the partnerships that created land value (much of which has been retained to this day) were mostly led by private capital. The car-based suburbs of the past 60 to 70 years of urban growth usually split their responsibilities: transport and main roads have mostly been public capital, while land development relies on private capital.

This may now be changing as there is a need for substantial acceleration of the net zero agenda. Some cities like Portland, Seattle and Vancouver have established partnerships in order to include private wealth in infrastructure projects. This model has also been demonstrated in Asian cities.

We have developed a net zero model for redeveloping middle suburbs through public-private collaboration called The Entrepreneur Rail Model. Developers could adapt this to include the electric systems being run by solar and batteries, in order to facilitate a shift to net zero carbon emissions.

The model will need to include partnerships between developers, communities and local governments, as well as utilities, transport and transit agencies, operators of transport systems, and government regulatory and funding agencies.

The Entrepreneur Rail Model sets out the following five steps:

1. Certify the mid-tier transit systems that are emerging

There are barriers to market entry for trackless trams, due to limited knowledge of its performance and requirements. In Australia, as in most other countries around the world, vehicles need to be certified before they can be used as public transport. This certification should be expedited.

A series of such plans are being developed around the world since Transport for London announced a policy called ‘Street Families’. The movement and place framework aims to create walkable, livable centres. Such routes could be specified as potential transit corridors.

3. Choose the station precincts where an area could become a 21st-century net-zero development

The precinct area could be ‘greenlined’, as suggested in a recent e-book called Greening the Greyfields. This should involve robust community engagement to enable partnerships to be formed with residents, businesses, developers, and urban design professionals. A design consultation involving visualization tools is a critical exercise for understanding and resolving competing interests.

4. Establish an agency or cross-agency group that can provide the integrated design skills to deliver the Net Zero Corridor and its net-zero precincts

This would include affordable housing and new net zero technology that can be integrated into all buildings and local transport. Key technologies include a microgrid-based renewable energy that enables both sharing of the net zero power and recharge services for all-electric vehicles, micro-mobility, shuttle buses, cars and mid-tier transit.

5. Plan for future expansion of the micro-grid

Planners should make sure that solar and battery storage as well as electric vehicle recharging services can be shared. Once a corridor and its precincts are net zero the microgrids that manage each precinct can expand out into the surrounding suburbs.

Photo (by Paul Newman) shows the author, Peter Newman, on a trackless tram in China. The vehicles have the ride quality and service characteristic of light rail.