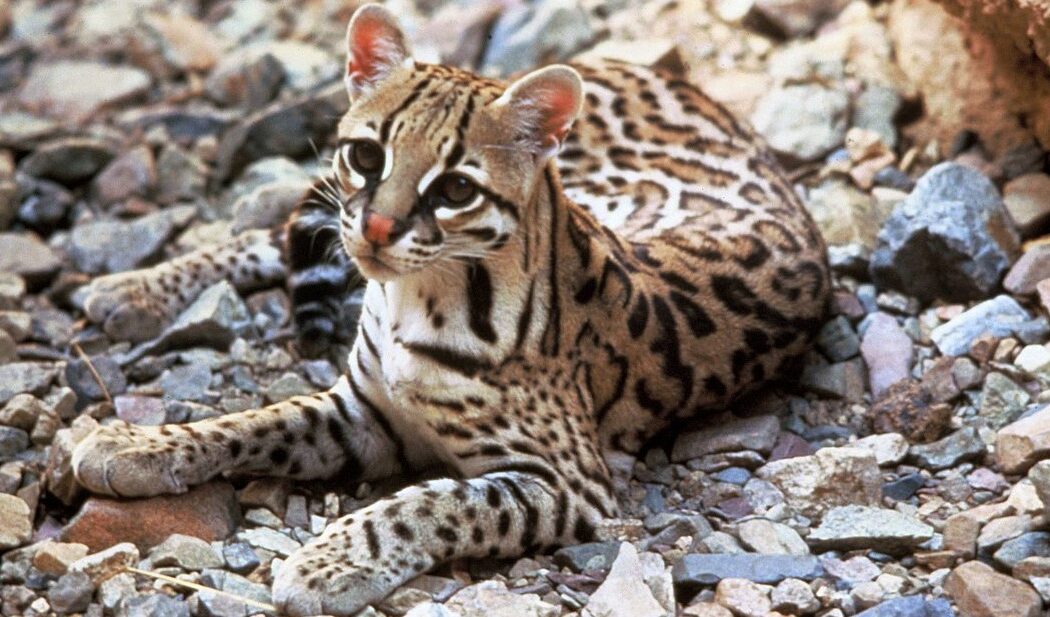 While the heavy fundraising focus of wildlife conservations on “charismatic vertebrates” is often criticized, when their strategy involves restoring lost habitat and reconnecting existing refuges, many other plant and animal species usually benefit as well.

Such is the case in Texas, where a recent effort to expand the U.S. population of ocelots will help restore raptors and sea turtles, while simultaneously making the coastline more climate-resilient and boosting the tourism economy.

“Coastal habitat conservation is critical to ensuring that our native wildlife and coastal communities remain resilient in the face of climate change, sea level rise, and the increased demand for land and water,” said the Service’s Southwest Regional Director Amy Lueders.

“The addition of the Holly Beach and Dulaney Farm properties to our Laguna Atascosa NWR will help us recover coastal-dependent imperiled species like the ocelot, Aplomado falcon and sea turtles. Additionally, this acquisition will help support the local Texas coastal tourism economy by providing increased recreation opportunities like fishing, hiking and wildlife watching,” she added.

The Holly Beach project and the 3,361-acre Dulaney Farm property—protected earlier this year—are part of a larger effort by The Conservation Fund and USFWS to connect critical migration corridors, in addition to coastal habitat for other wildlife, climate resiliency, and recreational and economic opportunities.

The Dulaney Farms property will undergo ecological restoration for its coastal prairie and thorn scrub habitat to improve its use as a critical wildlife corridor in the Refuge.

Laguna Atascosa NWR supports climate resilience, recreational opportunities and protects habitat for the endangered ocelot. There are only about 50 ocelots left in the U.S., and Laguna Atascosa supports one of the country’s last two remaining populations of these wild cats.

The new Refuge additions will help expand a critical wildlife corridor and connect the northern and southern units of the NWR for ocelots and other wildlife. Laguna Atascosa has more recorded species of birds than any other refuge in the NWR System and is designated a “globally important bird area.”

The coastal ecosystem supports abundant wildlife and is critical to Texas’s coastal resilience and ability to bounce back after hazardous events such as hurricanes or coastal storms.

“Protecting coastline like this one has never been more important as the Rio Grande Valley’s population grows,” said Julie Shackelford, The Conservation Fund’s Texas State Director. “Less than 5% of Texas lands are publicly-owned, so areas set aside for recreational access and wildlife protection like these are mutually beneficial for the environment and surrounding communities.”

The protection of the Holly Beach project was made possible thanks to funding from the National Fish and Wildlife Foundation’s (NFWF) Gulf Environmental Benefit Fund, which was established by a federal court order addressing criminal cases related to the 2010 Deepwater Horizon oil spill.

“The collective effort to expand the Laguna Atascosa National Wildlife Refuge is a huge victory for the wildlife of the region and residents of the Rio Grande Valley,” said U.S. Congressman Filemon Vela. “The new acreage will preserve critical habitat for the Valley’s many rare and endangered species and create exciting recreational opportunities for folks in our communities. I have long supported federal conservation efforts during my time in Congress, and it is great to see these investments have a positive impact in the 34th Congressional District.”

The Texas Trustees Implementation Group and NFWF’s Gulf Environmental Benefit Fund support efforts like the Holly Beach property that benefit natural resources in and around the Gulf by remedying damage and eliminating or reducing the risk of harm caused by last decade’s Deepwater Horizon oil spill.

Photo of ocelot in Texas by Tom Smylie / US Fish & Wildlife Service.