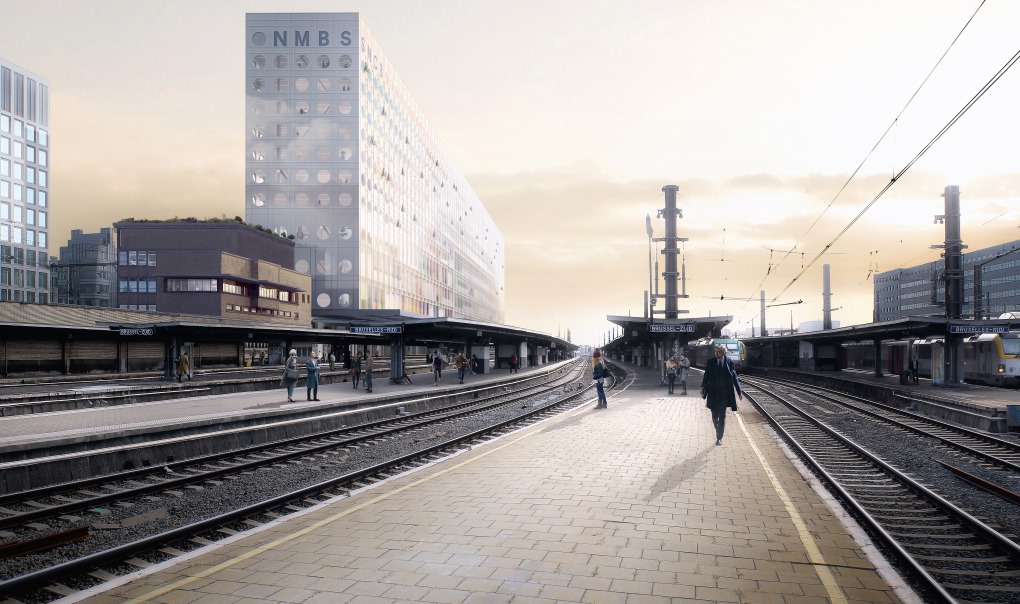 One of the more universal challenges faced in the world’s fast-growing cities is this: how to expand capacity without expanding the city, and how to do it in a way that preserves—even enhances—the city’s built heritage.

In this way, one achieves economic growth, boosts quality of life, and prevents the destruction of farms and nature by sprawl, as originally documented in 2002’s The Restoration Economy, and more recently in RECONOMICS (January 2020. 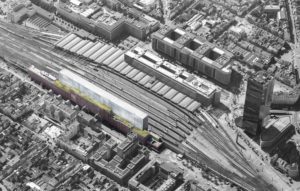 The National Railway Company of Belgium (SNCB) needed to expand and consolidate their headquarters offices. They are currently spread over three buildings, which makes teamwork difficult.

It the same time, they wanted to preserve those three historic buildings, which were artifacts of the 1958 Brussels World’s Fair.

On February 24, 2020, the Rotterdam-based architectural firm of OMA / Reinier de Graaf, together with Jaspers-Eyers Architects, won the competition for the design of SNCB’s new headquarters.

With a total area of 75,000 square meters, the project brings together all of SNCB’s departments under the same roof, creating work space for 4000 employees. 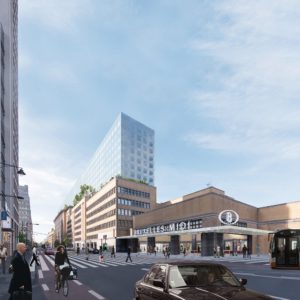 At the same time, OMA’s design preserves the ensemble of three monumental buildings of the Brussels-South train station along the Fonsny Avenue adding a 11-story, 236-meter long new volume facing the rail tracks.

The interaction among the existing World’s Fair buildings with the new addition reflects Brussels’ double nature.

“It embraces the Belgian Brussels, with its early, and often courageous expressions of modern architecture, and the European Brussels, for which the European railway and the Brussels-South stand as symbols,” says Reinier de Graaf.

The SNCB office space is complemented by conference and training rooms, a fitness center, a restaurant, and rooftop gardens on the existing buildings.

At street level, a three-story entrance lobby, retail spaces and visible access points to the rail tracks improve the street’s appeal to the passer-by, in line with the municipality’s strategy to inject new life into the neighborhood.

On the side of the rail tracks, the façade reveals the diversity of activities within the new building – a move to convey the openness and transparency of the organization to the public it serves.

OMA’s design is part of the preferred bid submitted by the consortium BESIX Group, BPC/BPI and Immobel. The competition was organized by SNCB.

The new headquarters of SNCB NMBS is OMA’s first large scale project in Belgium. The project was led by partner Reinier de Graaf, together with associate and project architect Mark Veldman.