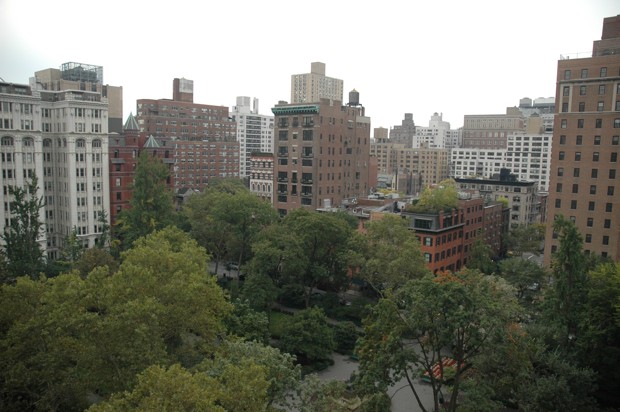 Portland, Oregon architect Rick Potestio would like to see Portland housing organized around local “commons,” made up of a school, playground, or park. The tallest buildings in each community would be organized around green, open spaces with wide streets.

A variety of housing types would populate other areas: duplexes and town houses and courtyard-based apartments, with no building higher than four stories. Beyond that, local planning authorities would be given more latitude to make local planning decisions.

The result, the architect hopes, might look something like New York City’s Gramercy Park. He argues that this sort of plan would more than compensate for the influx of Portland-loving migrants, creating an average density around 18-25 units per acre in the city’s downtown.

Postestio sites Portland’s densest neighborhood, the King’s Hill section of Goose Hollow. This is not, he points out, an uber-planned part of the city. Instead, “the building pattern that occurred incrementally as Portland’s neighborhoods evolved between 1900 and 1929,” as the spaces between grand mansions of the city’s most well-to-do areas were gradually filled in with housing—bungalows, low-rise apartment buildings, and town homes—for the working class.