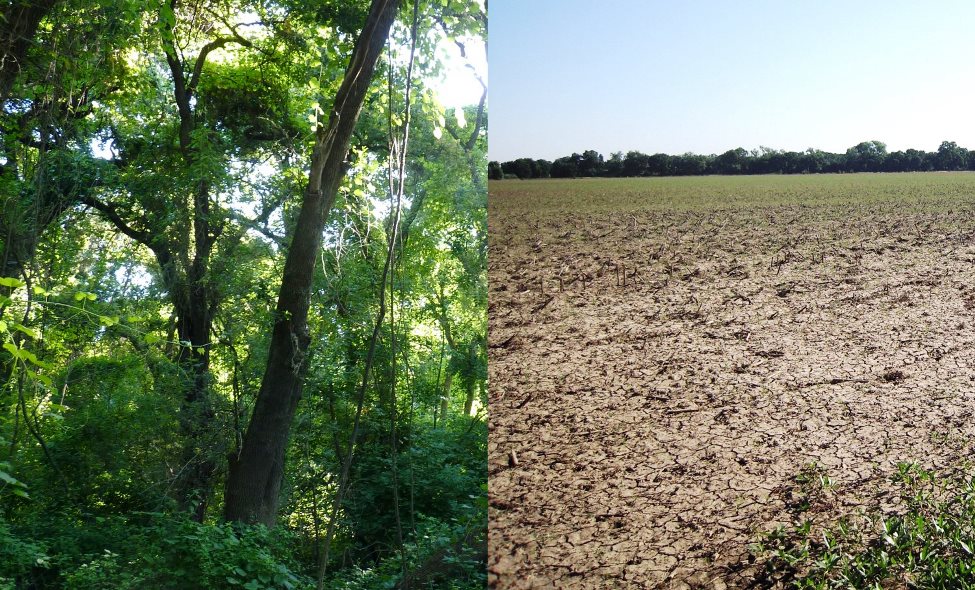 Restoring forests has become a world-wide strategy for simultaneously addressing the challenges of climate change and biodiversity conservation.

In a new study, scientists at Point Blue Conservation Science assessed how successful restoration efforts in California’s Central Valley were at these two goals. Key among the findings was the conclusion that, in some cases, optimizing for carbon storage may come at the expense of biodiversity.

Forests store tremendous amounts of carbon in the trees and soil, and they can provide valuable habitat for wildlife. But reforestations designed to maximize carbon storage may not be as successful at conserving biodiversity. Researchers found that areas with the highest densities of trees had more carbon stored in trees (as expected), but that bird density and diversity were lower. So, decisions about planting density, thinning, burning, and other actions may increase one benefit at the expense of the other.

“Going into the study, we understood that restored forests of any sort are generally better for carbon storage and biodiversity than agricultural fields or cleared land. What we really wanted to know was how we can get the most benefit out of restoration projects that are being conducted,” says Dr. Kristen Dybala, Senior Research Ecologist at Point Blue, who led the study.

Researchers studied carbon storage and bird communities in the Cosumnes River Preserve, California USA to better understand how carbon and biodiversity relate to forest age, tree density, and canopy and understory cover. They conducted surveys in 4 study areas ranging in size from 70—370 acres. These included a remnant forest at least 80 years old, a 30-year old planted forest, a forest that is naturally regenerating after levee breaches 22 and 32 years ago, and an area currently undergoing restoration.

The study found that after 20—30 years, restored riparian forests were similar to the remnant forest, storing 170—285 more tons of carbon per acre in the trees than the youngest study area. They also stored twice as much soil carbon and provided habitat to 4 times as many birds. Even so, there was a lot of variability within these forests, suggesting that the carbon and biodiversity benefits of riparian forest restoration could be increased even further.

“One of the key takeaways from our study is that there is a lot of room to continue measuring the results from restoration efforts so we can maximize the success of these projects,” Dr. Dybala adds. “As we think about ongoing forest restoration work along the Cosumnes river—as well as around the world—we need to be aware of the tradeoffs and do our best to plan for multiple benefits. These include carbon storage in soil and trees to reduce climate change; groundwater replenishment; habitat for a diverse array of wildlife species; and much more.”

The researchers also found that areas with more shrub cover tended to have higher bird density and diversity, and more soil carbon storage. So, planting more understory shrubs is likely a no-regrets strategy that could help maximize these benefits.

“Restoration of natural and working lands is an important global strategy for The Nature Conservancy to address climate change and conserve biodiversity,” says Dr. Rodd Kelsey, Lead Scientist for the Land Program at The Nature Conservancy (TNC). “Studies like this one help us do restoration projects better—to be more effective and efficient,” Kelsey added. TNC is the land owner and manager for the areas included in the study, which are all a part of the larger Cosumnes River Preserve, which has multiple landowners.

“We need to get better at measuring multiple things at once,” says Dybala. “It’s important for land managers and restoration practitioners to carefully articulate their restoration goals ahead of time, then monitor and assess along the way to make sure they’re on the right track.”

The article, “Optimizing carbon storage and biodiversity co-benefits in reforested riparian zones” was published on October 9, 2018 in the peer-reviewed Journal of Applied Ecology.

This article by Point Blue Conservation Science was originally published at Phys.org. Reprinted with permission.