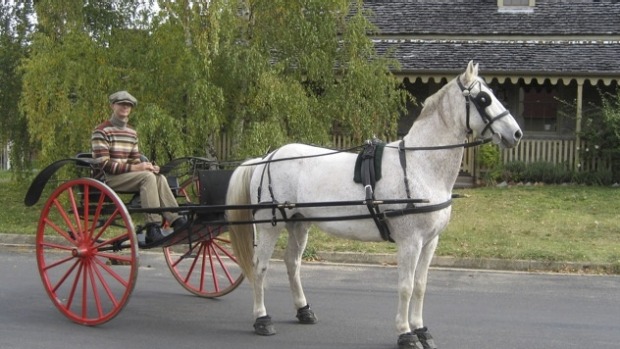 Two tenacious restorers who have rebuilt horse-drawn carriages from all over Australia have a fresh challenge.

It is the remains of a sulky, one of 10 carriages which sat outside Queanbeyan Council’s depot for 30 years.

Antony Davies, of Braidwood, and Mark Burton, of Bywong, will rebuild the pony sulky into one typical of the vehicles that rolled through this district more than a century ago.

The latest carriage was one of a private collection of buggies, sulkies and smaller vehicles that were a tourist attraction at Watson before being donated to the National Museum of Australia, which gave 10 of the wooden carriages to Queanbeyan Council, only for them to rot in the weather for decades.

“Within two years they would have been badly dilapidated and starting to cause an issue for whoever put them there,” Mr Davies said. 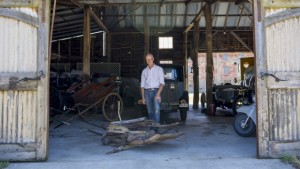 In the end, only eight were recognisable. Only two, the least interesting of them all, were barely standing on wheels. Mr Davies says the most interesting ones were piles of metal on the ground.

Restoring all of them would have cost more than $250,000, hardly worth it given the humble status of the carriages, which were made mostly of American and English parts imported for wheelwrights who assembled and sold them.

The work will be done in Mr Davies’ 1840s wagon barn in Braidwood, built for wheat wagons that worked the fields around Braidwood and Jembaicumbene when wheat was grown for the local flour mill.

“Our challenge is to produce a vehicle that, if it should happen to end up in a museum, is authentic enough a specialist wouldn’t be able to notice it has been completely reconstructed,” Mr Davies says.