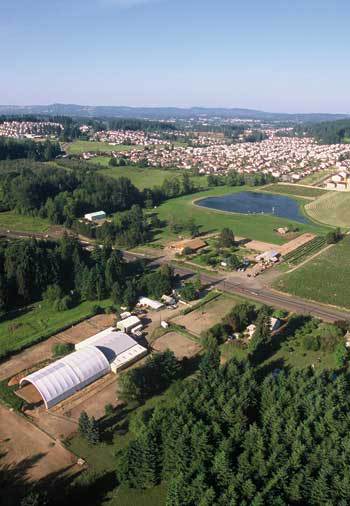 Urban growth boundaries are held up as one of the most effective tools for limiting sprawl. But do they actually work to constrain unplanned development?

A few interesting points came out of the discussion: growth boundaries are flexible and constantly being renegotiated. When they succeed, it’s because there is widespread political support for limiting growth and directing it to urban centers. Redevelopment and infill development in the cores relieve pressure on the outer boundaries, and offering incentives to those outside the boundary to limit development can work.

Sometimes, Mother Nature reinforces growth boundaries with her own constraints. Denver plans to continue to focus development in the region’s urban centers, with a majority of new housing coming in there. But an already limited water supply — Denver gets just 15 inches of rain per year — means there are broader existential issues. “The erosion of the water supply is a roadblock for developers. It puts a limit on growth.”