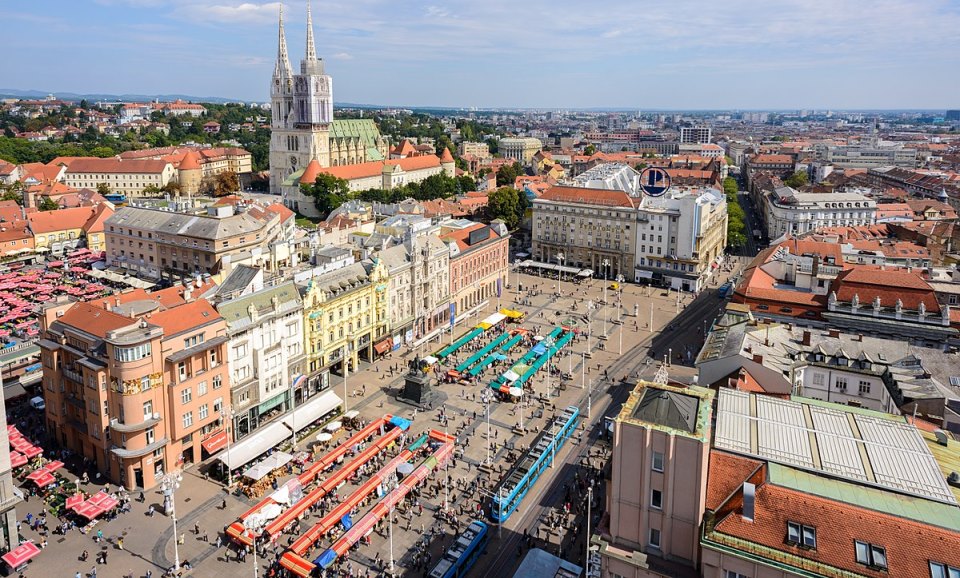 A new report from URBACT shows that, through the introduction of innovative methods, Zagreb—the capital and largest city of Croatia—has made the revitalization of its public spaces possible.

The project Zagreb For Me envisions almost simultaneous interventions in at least 17 locations in the city. The project aims at initiating collaboration between the city, its citizens, institutions and programs to encourage dialogue and exchange of ideas.

By using innovative methodology, the new added value of the city and citizens has multiple dimensions: social development achieved through participation in decision-making, cohesion, innovation and professional approach.

THE SOLUTIONS OFFERED BY THIS GOOD PRACTICE

The project is based on an innovative methodology that involves close collaboration between the city and its citizens, but also professional and academic institutions, to develop ways of revitalizing existing places, offer them a new life and give them back to the citizens.

New added-value benefits for the city and citizens are multiple: social development, achieved through participation in decision-making, cohesion, innovation and a professional approach.

Selecting the location and defining the intervention range is carried out with active public participation to ensure acceptance and comprehension of the project, aiming at involving the largest possible number of citizens, professional organisations and administrative bodies in this process.

Following the selection of locations and their budget range, preparation studies and overall professional programs of the interventions for all individual locations are made, then carried out following the confirmation of the available budget. The design solutions for the selected locations derive from architectural contests to ensure top quality and a transparent implementation process.

The result is a series of interventions in 17 carefully selected public spaces throughout the city, providing design planning and improvement of public space with reasonable budgets.

BUILDING ON THE SUSTAINABLE AND INTEGRATED APPROACH

The project is based on an innovative methodology involving close collaboration between the city administration and its citizens, as well as professional and academic institutions, to develop ways of revitalizing existing places, offer them a new life and return them to the citizens. Selecting the location and range of intervention is carried out with the active participation of the public, to ensure acceptance and wide-spread comprehension of the project, aiming at involving the largest possible number of citizens, professional bodies, organisations and administrative bodies in the process.

The advantages of the practice are multiple: social development, achieved through participation in decision-making, innovation and a professional approach, and social cohesion of citizens through recreating public spaces based on their needs.

BASED ON A PARTICIPATORY APPROACH

The selection of locations and range of interventions are carried out with the active participation of the public, thus ensuring the acceptance and feasibility of this widely comprehensive project, with the aim of involving as many citizens, professional organisations and city administrative bodies as possible in this process.

The second phase of the project, the study of the locations, considers each location. Once the location is selected, and the scope of interventions and budget are defined, the general expert program of the interventions is drafted, and urban planning and architectural competition documents are finalized for each individual location.

For most of the selected locations, programs will be developed which are planned to be tested against public opinion, thus looking to ensure citizens’ participation in decision-making and the expression of real needs as a contribution to a quality program.

WHAT DIFFERENCE HAS IT MADE?

The project has started in 2015 and is ongoing. Scientific research on urban planning has been conducted since, with a comprehensively technical review, identifying problems and giving suggestions for existing public space improvement and the potential for creating a new, kinder space.

Also, an interdisciplinary research (direct public consultations, discussions, data collection) on public areas in the city of Zagreb has been conducted, whose restoration and / or improvement would / could significantly raise the quality of life.

The innovative method of combining top-down and bottom-up approaches has been tested, and it was found that one method encourages the other, and that the unification enables verification and validation of the results of both studies. Based on the results of the methodology, 17 sites have been selected, and so far, public urban architectural competition for one intervention has been conducted.

Although the results are not yet visible in the real space of the city, interdisciplinary and inter-institutional dialogue, and the unusually strong interest and participation of the public, indicate a successful start of the process. A competition on public space as part of “Think Space” was conducted, where numerous interesting proposals submitted, thus confirming the importance of the topic.

WHY SHOULD OTHER EUROPEAN CITIES USE IT?

A comprehensive approach to the study, valorisation (value-adding) and organizing of public space of the city, as it is used in Zagreb For Me, represents an innovative methodology that may be of interest to other European cities.

In contrast to the established practice of planning that relies fundamentally on professional planning attitudes, or those who consider space transformation on the basis of bottom-up initiatives, this method does not give preference to any of the approaches, but prefers an equal decision-making process.

In this way, a fair, impartial and multi-founded solution to the problem of development of modern cities can be achieved.

For about 15 years, the URBACT program has been the European Territorial Cooperation program aiming to foster sustainable integrated urban development in cities across Europe. It is an instrument of the Cohesion Policy, co-financed by the European Regional Development Fund, the 28 Member States, Norway & Switzerland.

URBACT’s mission is to enable cities to work together and develop integrated solutions to common urban challenges, by networking, learning from one another’s experiences, drawing lessons and identifying good practices to improve urban policies.

Following the success of the URBACT I and II programs, URBACT III (2014-2020) has been developed to continue to promote sustainable integrated urban development and contribute to the delivery of the Europe 2020 strategy (link is external).

Featured photo of the Zagreb city center by Nick Savchenko via Wikipedia.

See full report on Zagreb For Me (PDF).

The original version of this article appeared on the URBACT website. Reprinted here (with minor edits for our predominantly North American readership) with permission.