Over 6 months after Hurricane Maria, much of Puerto Rico is still without power. While there have been many heroic efforts on the part of charities and volunteers, many international observers are calling the federal effort the most incompetent and inhumane disaster response of any nation this century. Oxfam International compared the U.S. initiative to those of a “third world nation.” 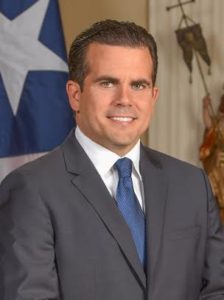 Over half, approximately $18.4 billion, will go to Puerto Rico. “These funds are crucial to put forth our vision for the new, more resilient Puerto Rico that we want to construct for our future generations,” Puerto Rico Governor Ricardo Rosselló said in response to the long-awaited good news.

These funds are provided through HUD’s Community Development Block Grant Disaster Recovery (CDBG-DR) Program , and will address seriously damaged housing, businesses and infrastructure from major disasters that have occurred since 2015.

The grants represent the largest single amount of disaster recovery assistance in HUD’s history, and include more than $12 billion for major disaster that occurred in 2017 and nearly $16 billion to support mitigation activities in areas that experienced major presidentially-declared disasters since 2015.

Mitigation can broadly be described as resilience actions taken to protect communities from the predictable damage from future events. This is a good thing, since the excessive frequency and power of these storms is directly linked to climate change, and so will only get worse in the coming decades.

“It’s clear that a number of states and local communities are still struggling to recover from a variety of natural disasters that occurred in the past three years,” said HUD Secretary Ben Carson. “These grants will help rebuild communities impacted by past disasters and will also protect them from major disasters in the future.”

Back on February 9, 2018, President Trump signed Public Law 115-123, which provides $28 billion in CDBG-DR funding. Congress requires that these funds be used for two purposes:

That funding has now been allocated to on-the-ground projects. CDBG-DR grants support a variety of disaster recovery activities including housing redevelopment and rebuilding, business assistance, economic revitalization, and infrastructure repair. Grantees are required to spend the majority of these recovery funds in “most impacted” areas as identified by HUD.

HUD will soon issue administrative guidelines for use of the funds to address grantees’ long-term recovery needs, particularly in the area of housing recovery.