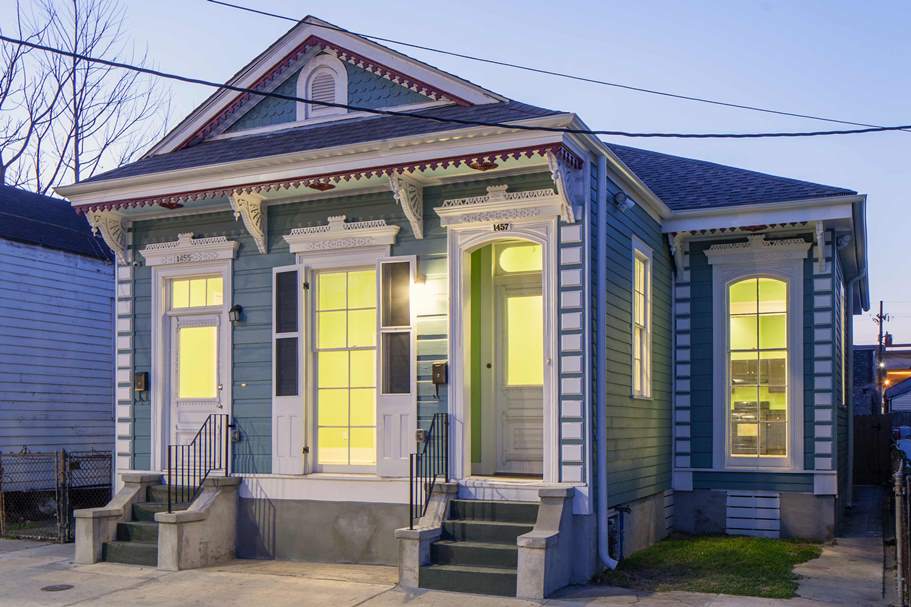 Designed by Kronberg Wall Architects, Iberville Offsites is phase two of a project that has renovated more than 100 houses across three neighborhoods in New Orleans in a way that redefines historic preservation.

“It shows that it is possible to rehabilitate homes on a large enough scale that there is an immediate and significant economic impact and that creates affordable housing in the process,” says Neal Morris, founder of Redmellon Restoration and Development, the developer.

With no new buildings or streets created, Iberville Offsites does not fit any stereotype of New Urbanism. Yet the Iberville team skillfully used tax credits and other federal and state programs creatively to restore beautiful houses and help low-income people in deteriorating inner-city neighborhoods.

Note from Storm: In my first book, The Restoration Economy (Berrett-Koehler, 2002), I lauded the basic principles of the then-new “new urbanist” architectural movement, which contained many restorative elements. In my second book, Rewealth (McGraw-Hill, 2008) I criticized the movement.

In practice, new urbanism was too often used merely to make destructive sprawl more palatable. Even when applied to inner cities, it tended to be destructive, often demolishing large swaths of older buildings to create sterile, “Disneyworld” sorts of chain-store-dominated “neighborhoods”. What started on a promising note ended up being little more than an improved version of the “urban renewal” disaster of the 60’s.