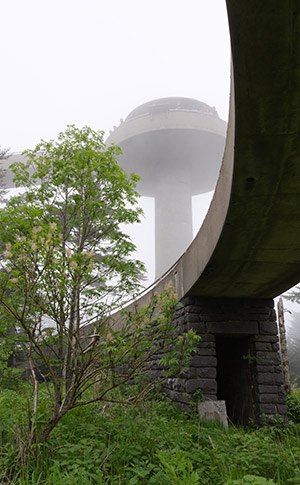 On July 6, 2016, Friends of the Smokies, an organization which aims to preserve the Great Smoky Mountains National Park, announced that it has won a $250,000 grant for being one of the top nine most-voted-for parks in the Partners in Preservation: National Parks campaign.

Friends of the Smokies will use the grant money to help restore the deteriorating Clingmans Dome Observation Tower at the peak of the park’s tallest mountain, according to a news release from the organization.

The observation tower on the summit of Clingmans Dome offers spectacular 360° views of the Smokies and beyond for visitors willing to climb the steep half-mile walk to the tower at the top.

Park officials have said the tower is structurally strong but needs rehabilitation to correct four inches of foundation settlement caused by uneven force on the structure.