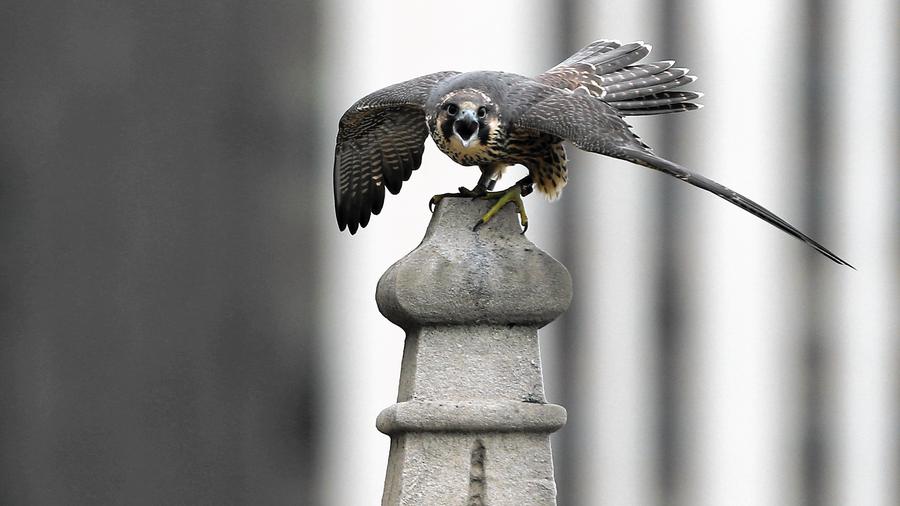 Note from Storm: This is a success story found in many American states these days: peregrine falcon populations have bounced back from the threat of extinction, thanks to the Environmental Protection Agency‘s banning of DDT back in 1972.

One has to wonder whether the banning of such a widely-used and wildly-profitable chemical would even be possible today, given the industry’s vastly increased influence over Congress and the White House. This legislative control is evident in the fact that the U.S. still hasn’t banned American companies from exporting DDT to other countries with weak—or non-existent—environmental protection laws. Companies like Monsanto, Dupont, and Dow Chemical have reportedly been funding “scientific” research designed to prove we should bring back DDT to the U.S. and Canada (usually using specious scare tactics about saving human lives from mosquito-born diseases).

All of these countries are populated by people with darker skin than that of the average U.S. lawmaker, so their health—and the health of their wildlife—is of any concern to the U.S. government. One day, maybe we’ll realize that the is no such thing as “somewhere else” on this planet: we’re all sharing the same air and water.]

From the article: Talons clenched, eyes locked on prey, a peregrine falcon looks almost peaceful as it leans forward, relaxes and drops into a 200-mph dive for dinner. It is the fastest known animal on earth. And it has no predator.

Yet there was a time when the raptors’ screeches went silent along the riverside cliffs of Illinois. Their population here: zero.

By the 1960s, humans had taken a toll. Pesticides like DDT thinned their eggshells, so parents crushed their chicks before they even hatched. Season after season, fewer and fewer.

But after the population nosedive, a climb.

The peregrine falcon’s status in Illinois has improved over the years from endangered to threatened, and now the bird has been removed altogether from the state list of species needing aid, said officials, who plan to make the announcement Tuesday.

Peregrine falcons are still federally protected but no longer on the edge of extinction.