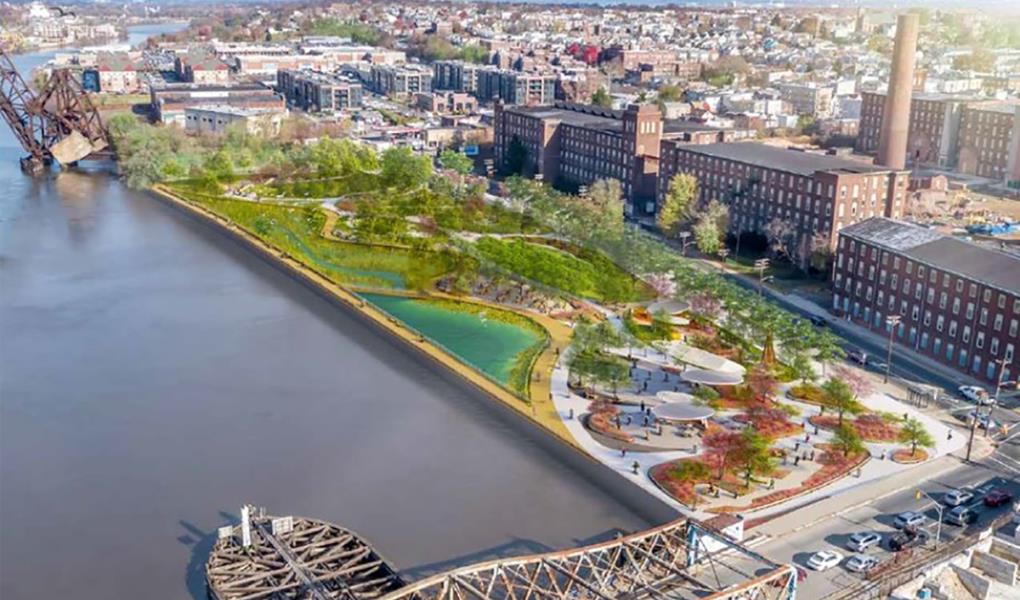 Here’s some good news for a new year!

In 2022, the National Oceanic and Atmospheric Administration (NOAA) helped to recover over $114 million from polluters to restore six waterways following oil spill and industrial pollution incidents.

NOAA and partners worked to assess the impacts of these incidents and reach legal settlements with those responsible to fund restoration.

In the past 30 years, NOAA and co-trustees have helped recover $10.6 billion for restoration across the country.

Here are some examples of their latest victories:

Restoring 650 acres of marsh and forest near New Orleans 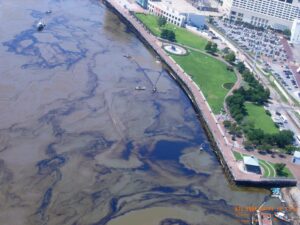 On July 23, 2008, the chemical tanker Tintomara collided with fuel barge DM932 on the Mississippi River, near New Orleans, Louisiana.

This photo (courtesy of the U.S. Coast Guard) is an aerial view of the resulting oil spill.

In addition to harming wildlife and wetlands, the spill closed waterways and interfered with critical channel dredging.

NOAA and partners sprang into action.

In addition to securing a $5.3 million restoration settlement, more than 650 acres of wetlands and coastal woodlands were acquired for a local organization, Woodlands Conservancy.

They will restore the land to create a nature preserve to protect marshland from development and enhance communities.

Restoration efforts planned in the Gulf after 19-year oil spill

During Hurricane Ivan in 2004, Taylor Energy’s MC20 oil production platform collapsed and sank in the Gulf of Mexico.

To this day, crude oil continues to discharge from the well site.

A containment system installed in 2019 now prevents most of the oil from entering the ocean.

A $16.5 million settlement will enable restoration efforts by funding fisheries and supporting communities in the Gulf of Mexico.

NOAA and partners will continue to work with the U.S. Coast Guard’s National Pollution Funds Center to support restoration efforts as needed.

Over the years, storage and use of fertilizers and herbicides released contaminants into the environment.

A $2.5 million settlement will help this working waterway recover from pollution.

A $535,193 settlement marks a step in a healthier direction for communities and ecosystems on this urban waterway.

NOAA will work in partnership with co-trustees and the public on a restoration plan for the Delaware River.

The plan will help urban fisheries, including endangered Atlantic and Shortnose sturgeon, recover after decades of pollution.

Following a 2014 vessel collision near Texas City, an estimated 168,000 gallons of oil spilled into Galveston Bay.

NOAA will work with coastal communities and partners to use a $15.3 million settlement to help ecosystems and communities in Texas recover.

Coming in 2024: Green space for underserved communities in New Jersey

The Lower Passaic River has a long history of industrial contamination.

Over time, more than 70 facilities released dioxins and other pollutants into this urban waterway.

But there’s some good news for the Lower Passaic: a $73.5 million settlement will help fund a new 5-acre park to benefit underserved communities disproportionately impacted by industrial pollution.

Forests, pollinator gardens and a riverfront walkway are expected to open for the public in spring 2024.