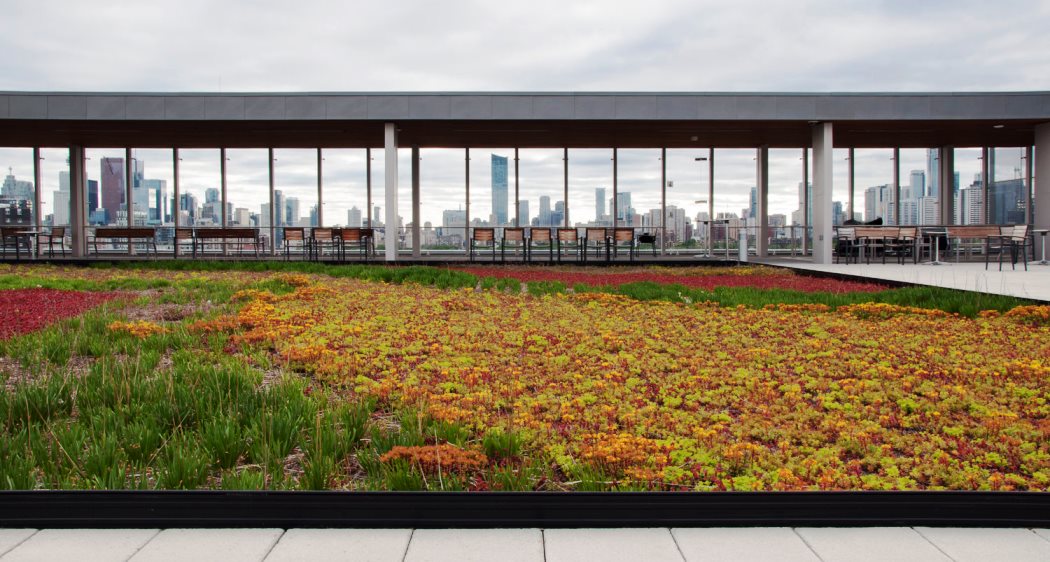 This means that nature-based urban regeneration and resilience techniques, like green roofs, are federally budgeted in a historic first.

The new budget provides $200 million over three years, starting in 2021-2022. Infrastructure Canada has been given the responsibility of establishing the Natural Infrastructure Fund, which supports natural and hybrid infrastructure projects.

“Congratulations to the Trudeau government for recognizing the importance of investing in green infrastructure and green roofs in this budget. More and more governments are now realizing that green infrastructure delivers fantastic value and is worthy of significant public investment. Canada’s new Natural (Green) Infrastructure Fund is a very positive step that we’ve been advocating for and now we can work to grow on this new foundation,” said Steven W. Peck, GRHC and co-founder of the Green Infrastructure Foundation.

The federal budget earmarks a $2.3 billion commitment to conserve 1 million square kilometers of land over five years. Combined with funding for the Nature Legacy Initiative in Budget 2018, this is a major boost toward protecting 25 per cent of Canada’s lands and fresh water. It is in fact the largest-ever Canadian investment in nature. Of note, the funding supports Indigenous Protected and Conserved Areas, as well as Indigenous Guardians programs.

“To invest in nature is to invest in the life support systems that sustain us all,” says Catherine Grenier, president and CEO of the Nature Conservancy of Canada. “Clean air, clean water, nutritious food, jobs and our overall well-being depend on nature. In a recent survey, nine in 10 Canadians told us we need to invest more to restore and care for our natural systems.”

“There is no path to sustainability without nature,” adds Grenier. “At NCC we’re ready to bring more private sector investments to the table and leverage the government’s commitments. Together we can ensure a nature-positive and climate neutral future.”

NCC also recognizes the unprecedented new funding and targets in Budget 2021 aimed at tackling climate change, reducing greenhouse gas emissions and accelerating the pathway to a net zero economy by 2050. Nature is a fundamental part of any strategy to combat climate change.