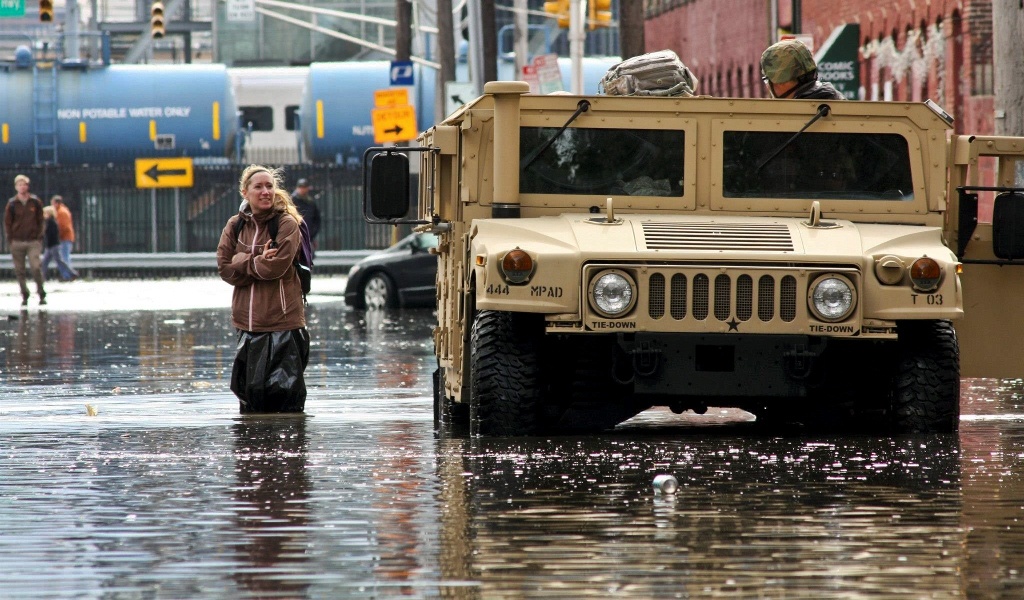 Hopefully, they won’t suffer the usual fate of plans. As an American Planning Association executive once told me (Storm Cunningham) when I asked him to formally define a plan, “a plan is a list of crap no one ever looks at.” 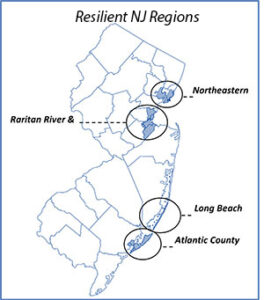 “We are proud to have collaborated with our neighboring cities to address our collective resiliency challenges,” said Newark Mayor Ras J. Baraka.

“We know firsthand from the major impact of Hurricane Sandy and other weather-related incidents, that the best resiliency strategy is to have strong community connections. This community-driven action plan process reinforces those foundations and bolsters our ability to keep Newark moving forward,” he continued.

The Resilient NJ plans are an outgrowth of a National Disaster Resilience Competition award to New Jersey, intended to advance regional planning in areas most impacted by Sandy. The plans set forth resilience actions across 24 communities in the four regions. It’s the kind of effort that would likely benefit greatly from the use of the new revitalization and resilience-building tools now being offered by the RISING PLACES initiative.

Developed by community leaders and residents in consultation with teams of expert advisers provided by the DEP, the regional action plans prioritize actions and strategies, identify funding sources, set timelines, and identify opportunities to enhance regional and community resilience in the face of increasing threats from climate change and sea-level rise.

“For too long, the public has thought of climate impacts as a problem happening somewhere else, to someone else, and at some time in the future,” said New Jersey Chief Climate Resilience Officer Nick Angarone.

“But we know that the threats are happening here and now. The key to the success of the Resilient NJ effort is putting local decision-makers at the helm to ensure that these plans take root. Resilient NJ provides the critical resources and technical assistance to empower our communities to develop an informed, innovative, and implementable vision of their resilient future,” he added.

These planning efforts are critical to New Jersey communities. It is projected that a Sandy-like storm surge event occurring in 2070 could cause $45 billion in property damages in these four regions alone. By comparison, Sandy caused $30 billion in damages statewide.

“Our communities are on the front lines of dealing with the impacts of climate change – and each one faces unique challenges,” said Environmental Protection Commissioner Shawn M. LaTourette. “These communities are to be commended for taking this critical step toward solutions that will help them become more resilient.”

The Resilient NJ: Regional Resilience Action Plan effort was funded by the National Disaster Resilience Competition. The U.S. Department of Housing and Urban Development (HUD) awarded New Jersey with a grant to advance regional planning initiatives in the nine counties designated Most Impacted and Distressed from Hurricane Sandy by HUD. Sandy devastated many parts of the state on Oct. 29, 2012.

“The Resilient Northeastern NJ project is an outstanding regional collaboration which has engaged experts and community members together to identify the risks that we face and impacts we have endured from climate change and has produced an action plan detailing effective strategies to protect us in the future and enhance our quality of life. I look forward to working together in partnership across our region to implement these solutions,” said Kevin Force, a Resilient NJ Northeast Region steering committee member.

The funding led to the four innovative regional planning projects focused on addressing gaps in resilience planning and partnering with underserved and socially vulnerable populations to enhance the value and integrity of the ecological, recreational, and economic resources in the regions through a collaborative, community-led planning process.

“This project has been critical in providing a clear vision and roadmap for Hoboken to reduce flood risk impacts within our community caused by climate-related hazards. It has been a pleasure to work with such a talented team,” said Yasmine Pessar, a Hoboken RNJ Steering Committee member.

This effort brought together municipalities, local stakeholders, and community-based organizations to work with multi-disciplinary consultant teams comprised of planners, engineers, ecologists, designers, and other experts to address flood-related hazards at a regional scale in both riverine and coastal communities.

The Resilient NJ program has already paid dividends as three projects developed through the planning process were awarded more than $17 million from the FEMA Building Resilient Infrastructure and Communities (BRIC) program. The three projects awarded BRIC funding are the Ironbound resilience hub in Newark, the Cottage Street flood mitigation project in Bayonne, and the 63rd Street pumping station power and flood resilience project in Bayonne.

Photo (courtesy of the U.S. Department of Defense) shows Hoboken in the wake of Superstorm Sandy.