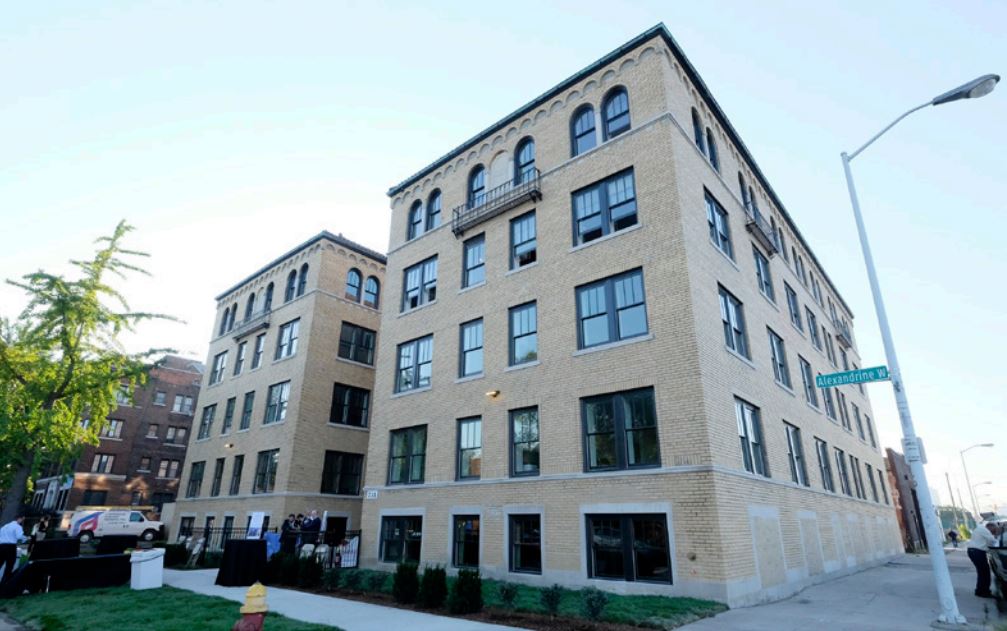 As a hub of educational, social, culture and medical institutions, Midtown has found itself at the heart of Detroit, Michigan’s ongoing revitalization.

The area is a desirable location for both prospective residents and developers who have set their sights on Detroit as a place to live or do business. As is the case with many other revitalization efforts in the city, the risk of displacement of long-term Midtown residents who can no longer afford to live in the area has increased due to this revitalization, and the growth isn’t expected to slow any time soon.

In 2016, it was predicted that nearly 2,600 housing units were scheduled to come online in Midtown through 2021. And early this year, a study done by Broder & Sachse Real Estate revealed that average rent per square foot in Midtown was $2.17—the second-highest rate for Detroit’s downtown neighborhoods.

As a result of Capital Impact Partners’ extensive report, “Baseline Study to Address Displacement and Relocation Tied to Multifamily Redevelopment in Greater Downtown Detroit,” the Stay Midtown program was launched. It’s an effort to provide another form of financial support to existing Midtown residents that are being negatively impacted by the increasing redevelopment that’s taking place in the area.

Stay Midtown participant Rachel Barker, a 39-year-old Wayne State University graduate and artist—is a true reflection of the early impact this program initially sought out to make. This program has allowed Rachel to call the same room of the same apartment building home for the past 18 years, despite all the change that’s happened around her.

It’s also enabled her mother and two of her close family friends to live in the neighborhood too. Even further, the program has provided them with the peace of mind and confidence they need to feel like they can both be part of the revitalization happening in Midtown, and remain in control of their future—if they eventually leave the area, it will be on their own terms, not because they have been unwillingly or unknowingly forced out. Without Stay Midtown, Rachel is not sure where herself and her loved ones would be.

Stay Midtown—launched by Midtown Detroit, Inc. and Capital Impact Partners with generous donations from the Ford Foundation and the Kresge Foundation in October 2016—was initiated to provide inclusive housing interventions to support the area’s critical workforce households most at risk of market displacement.

Stay Midtown recently surpassed the 100-enrolled household mark and continues to accept applications on an on-going basis. The program focuses on low-income households earning between 50 to 80 percent of the area median income, and applicants must meet a set of criteria to be eligible for assistance.