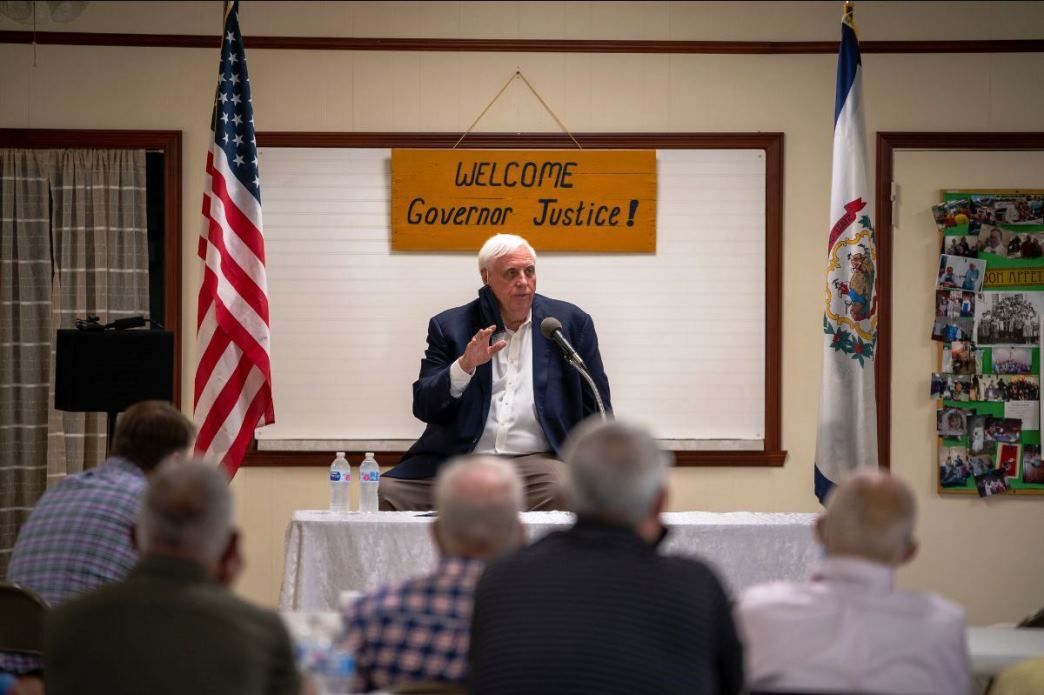 On May 4, 2021, it was announced that the struggling town of Coalton, West Virginia (also known as Womelsdorf) received a $3,325,000 Abandoned Mine Land (AML) grant to fund a major renovation of the town’s water infrastructure.

The renovation will help restore local water quality, which has suffered due to their existing raw water source quality and water treatment plant capabilities. 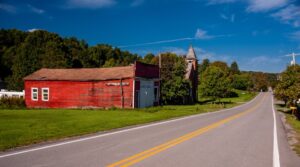 “It’s a great day for Coalton,” Republican Governor Jim Justice said at the announcement ceremony. “There’s no question that this whole project is vital to this community, it’s vital to your elementary school, it’s vital to bringing jobs and hope right here to you. You’ve done it – all the nights at three o’clock in the morning, all the calls to everybody coming and going – today is the culmination of you; the culmination of goodness from community and love for your neighbors, for this great town that needs a shot in the arm, as did West Virginia.”

More than a few folks in West Virginia have commented on the irony of having billionaire Jim Justice announce the federal funding. Many say he has done more than any other single individual to damage the state’s water quality.

Several of coal mines he owns are repeat scofflaws regarding environmental laws, already having been subject to a number of multi-million-dollar federal fines. According to several sources, those fines—if there were any justice—would likely had been in the hundreds of millions if not for his immense influence on the courts, thanks to his position as both governor and as the wealthiest person in West Virginia. Few missed the irony that money coming to Coalton could be said to be his own, from the fines he has paid his long-time enemy—the feds—over the years. His last name obviously makes the event in Coalton doubly ironic.

The project will also provide clean water to Coalton Elementary School. Without the project, the town was facing the possibility of having the school shut down due to the potential lack of a reliable source of drinking water.

With the completion of the project, officials in Coalton expect to be able to attract new businesses to the area and promote additional economic growth. 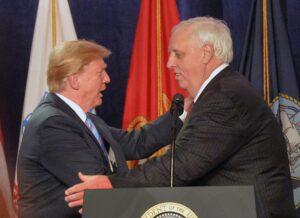 Jim Justice and disgraced former U.S. President Donald Trump. Justice bragged that Trump loved him. “His attraction to West Virginia is me. That’s it.” he told reporters in June of 2019.

Justice was joined by Coalton Mayor Jim Rossi for the ceremony. “Thank you so much, Governor Justice,” Mayor Rossi said. “This is a real game changer for this community.”

The grant funding, provided by the federal government through the Office of Surface Mining Reclamation and Enforcement (OSMRE), is administered by the West Virginia Department of Environmental Protection’s Office of Abandoned Mine Lands.

OSMRE must give final approval of the projects and amounts awarded.

“I congratulate you in every way,” Gov. Justice said. “I am so proud of you and absolutely proud to be able to come and just be a teeny, teeny, teeny part of your celebration.”

The economic development projects must be located on or adjacent to mine sites that ceased operations prior to the signing of the Surface Mine Control and Reclamation Act (SMCRA) on August 3, 1977.

Photo of Governor Jim Justice in Coalton courtesy of Office of the West Virginia Governor.