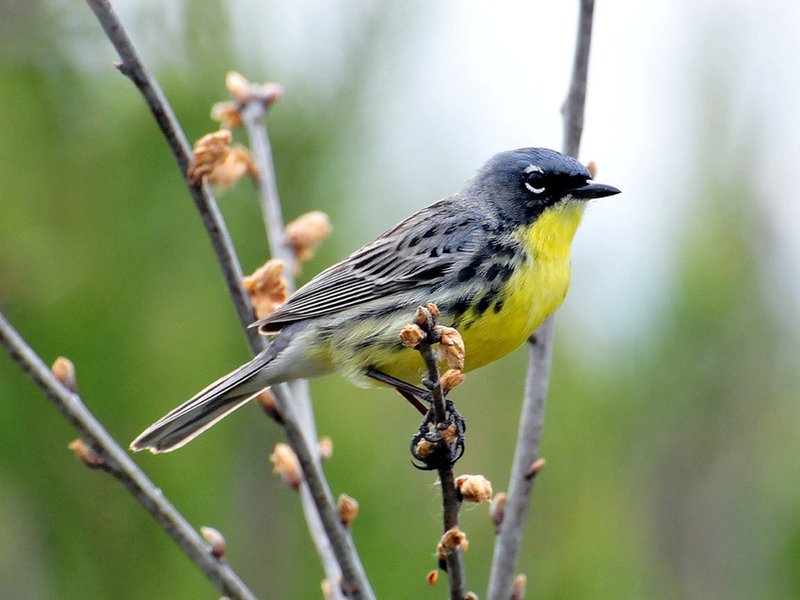 On October 8, 2019, the U.S. Fish and Wildlife Service announced the Endangered Species Act recovery of the Kirtland’s warbler, a songbird that nests in young jack pine forests. It is found primarily in Michigan, but also Wisconsin and Ontario.

As a result of this restoration success, the bird has been removed from the federal list of endangered species. The Kirtland warbler recovery announcement follows a recent study in the journal Science that found that the overall population of North American birds has plunged by 3 billion since 1970. 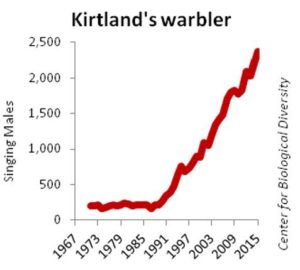 “Even as America’s overall bird population has suffered a shocking decline, federal protections have driven a 10-fold increase in the Kirtland’s warbler,” said Noah Greenwald, endangered species director at the Center for Biological Diversity.

“This bird flew off the endangered species list because the Endangered Species Act works,” he explained.

Driven by fire suppression and the spread of brown-headed cowbirds, which—in a process known as nest parasitism—lay their eggs in the nests of other birds for them to raise their young, the Kirtland’s warblers declined to fewer than 200 singing males in 1987.

But with active management of its habitat and control of cowbirds, the warbler increased to more than 2,300 singing males in the last range-wide survey in 2015.

The warbler’s recovery follows sweeping Trump administration changes to the Endangered Species Act. Finalized on Aug. 12, the changes will make it harder for other species to gain protection, weaken habitat protections for listed species and largely disregard climate change.

“This success story highlights the danger of the Trump administration’s efforts to cripple laws protecting our wildlife and natural landscapes,” Greenwald said. “Without the Endangered Species Act, the Kirtland’s warbler might have vanished forever. Many other species will disappear if we don’t stop Trump’s efforts to gut conservation policies.”

The warbler has one of the smallest breeding ranges of any North American migratory songbird. Most breeding Kirtland’s warblers are found in the lower Peninsula of Michigan, but they are also found in the upper Peninsula, neighboring Wisconsin and in Ontario, Canada. They are surveyed by counting conspicuous singing males.

The warblers overwinter on a number of low-lying islands in the Bahamas. Rising seas and stronger storms like Hurricane Dorian related to climate change could present a new threat to the species and necessitates ongoing monitoring.