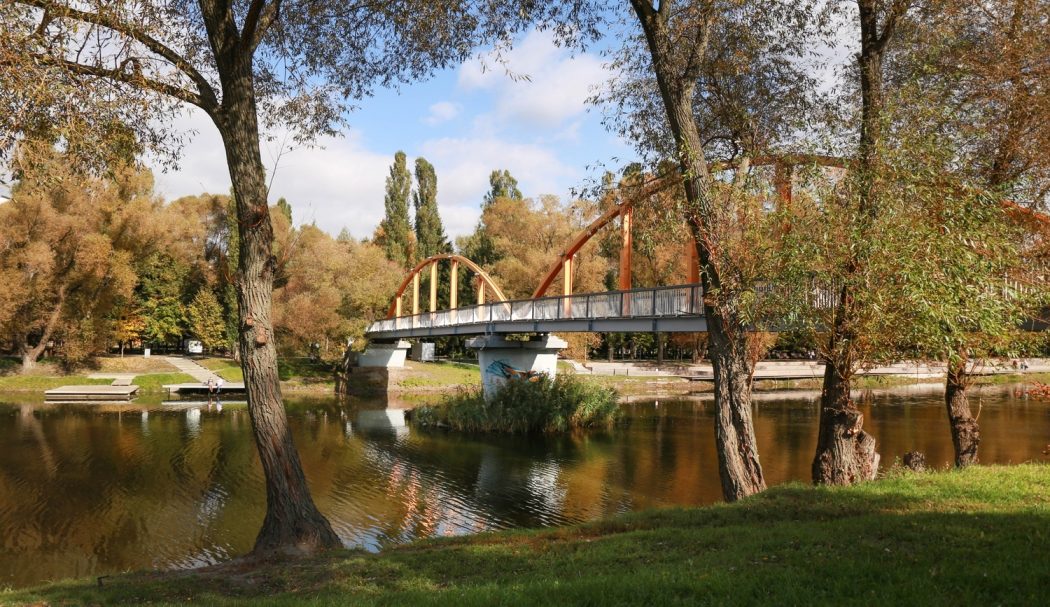 In eastern Russia, Belgorod is a fairly ordinary city, with a population of over 350,000 people. The city had to be almost completely rebuilt after World War II.

However, its public spaces have not been modernized since Soviet times (and we all know what charming public spaces Soviets engineers and architects tended to design…). 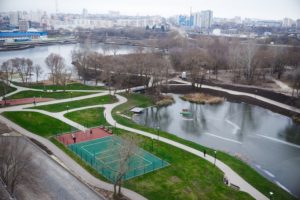 The Vezelka River embankment was one such ugly, abandoned place. A year ago, it was completely undeveloped, and parts had been completely isolated by bad urban planning.

Future Cities is the first program since the Soviet era to reimagine the public space use to meet global trends and standards. Work began in 2017, conducted by Strelka KB and DOM.RF, an integrated housing development institution, with the support of the Russian Ministry of Construction Industry, Housing and Utilities Sector. 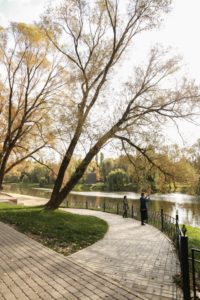 The Belgorod riverside area is now an example of a brand-new sustainable initiative to transform local government leaders’ attitudes towards space usage throughout these Russian regions, while adding significant social value.

Even better, the new urban design was not imposed from above, but rather was crowdsourced through polls designed to determine the public space that locals need.

The embankment became a proper public space, while maintaining the appearance of natural territory.

The main design tasks were simplifying pedestrian traffic between functional zones, connecting the embankment with the center, and increasing pedestrian flow, all while keeping the riverbanks natural. 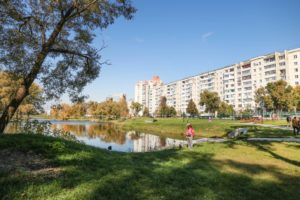 The embankment is divided into 4 zones, interconnected by promenades and cycle paths.

The Local zone features everyday spaces like playgrounds, sports fields, a dog park and footbridges for fishermen, as well as a recreation zone and picnic area near the water.

The Memorial zone preserves historical monuments, while the Industrial zone serves as buffer while connecting the city center with areas near the railway.

The Central zone, at the main pedestrian intersection, is a multifunctional square with a landscaped amphitheater overlooking the river. The amphitheater serves as a meeting place and event platform. 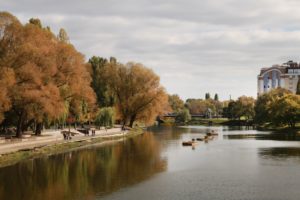 In summer it included an LED screen which made the area into a prime fan zone during World Cup 2018.

The opposite riverbank serves as the “Children’s Embankment,” with a playground complex featuring slides and sculptural playgrounds connected to the other bank by bridge.

In addition, the island in the middle of the river is to play an ecological role as a water bird reservation with an extensive landing of aquatic plants. People can enjoy the wildlife from wooden bridges without descending to the island. 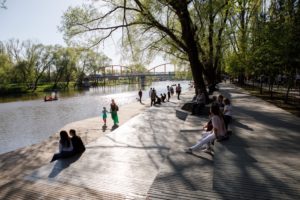 Initially, the improvement project was planned in several stages, but the majority of the work was actually completed by the end of 2017, and from technical brief to final construction, the process took a record 10 months.

Today, the space is a revitalized, safe, comfortable area for a leisurely stroll, sports games, children’s play, or a walk with pets.

In the summer, it is a lovely concert venue and festival fairground, while in winter, the embankment can be cleared of snow and outfitted with skating rinks, “ice towns,” and heated pavilions.