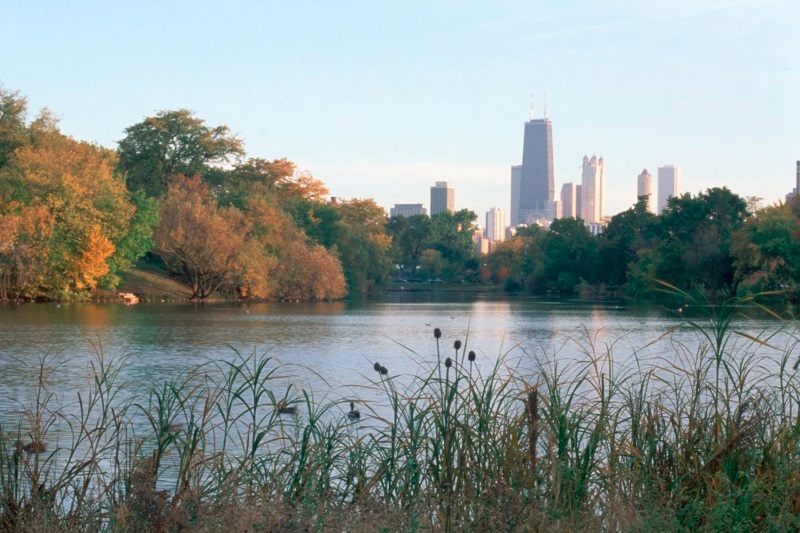 In Chicago, Illinois on April 8, 2022, after three years of hard work, grassroots fundraising and due diligence, the Lincoln Park Conservancy is starting work on the North Pond Restoration Project.

Restoration of the nearly 150-year-old North Pond in the Lincoln Park neighborhood is needed because the pond has been drying up for years.

Among other things the restoration will involve dredge it, and reducing its reliance on pumped-in city water.

The Lincoln Park Conservancy, which supports the Park District by raising money for ecological projects outside its budget, announced that it had raised the $7.3 million needed for the pond’s restoration.

Fences are being installed and the site prepped for work in preparation for the pond grading and dredging that will begin later in the summer.

While these sights may differ from what residents are used to seeing in the Park, project leaders assure the public that their goal is to have minimal disruption to the humans and wildlife around the Pond.

To that end, Conservancy staff and the contractor team have walked the site with local groups including the Chicago Ornithological Society to identify potential nesting sites and minimize impact on avian habitat.

They are also working with the Chicago Park District and Illinois Department of Natural Resources to ensure the proper care of turtles and other sensitive species during the restoration.

As the project moves forward, the Conservancy will employ an adaptive management strategy with the health and safety of wildlife as a top priority.

The pond will always have areas that stay wet, even during the dredging process.