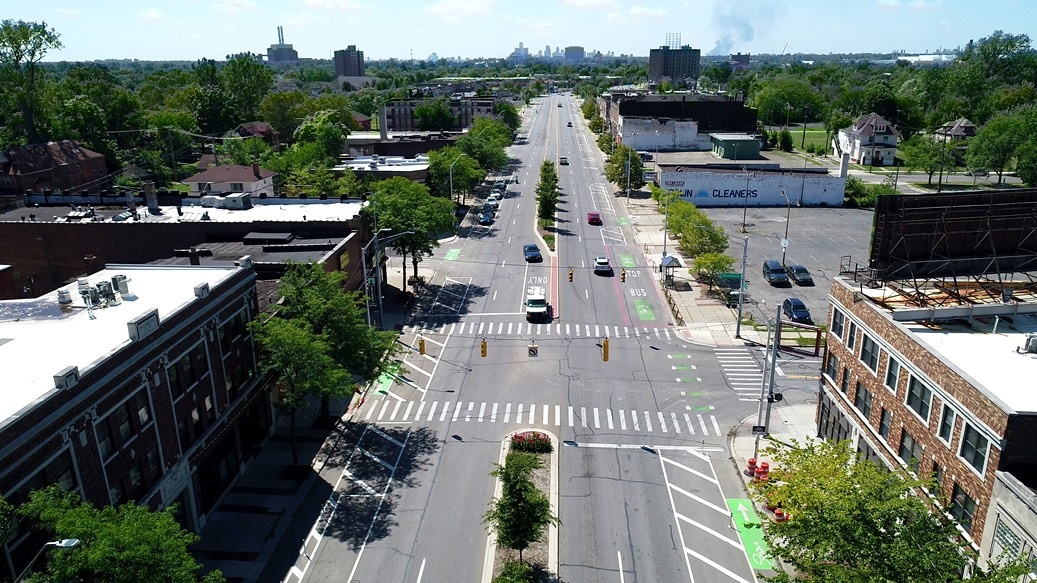 “As development continues to move into Detroit neighborhoods, it is critical that Detroiters have a voice in the process, from ideation all the way to implementation to ensure that development happens in an inclusive way that doesn’t displace existing residents and businesses,” said EJDevCo Chief Executive Officer Derric Scott.

“We have spent the last year working closely with the Jefferson-Chalmers community to develop a plan that reflects their vision for their neighborhood, and we are excited to unveil the final project,” he added.

East Jefferson is central to the neighborhoods it serves including Jefferson Chalmers, the East Riverfront, Islandview, the Greater Villages, and more.

“Nobody knows and loves their neighborhoods more than Detroiters,” said Elling.

“Engaging the community on this process is about more than just giving a voice to those who live and work here; it’s about ensuring inclusive and equitable development, starting with the community and continuing all the way to development,” he concluded.

The first step towards improving Jefferson was to address safety—it’s one of the City’s highest crash corridors—especially for people walking and biking. Earlier this year, the City installed a temporary design as part of the Eastside Bike Network that in part will inform how East Jefferson could be transformed.

Photo of East Jefferson Avenue courtesy of City of Detroit.