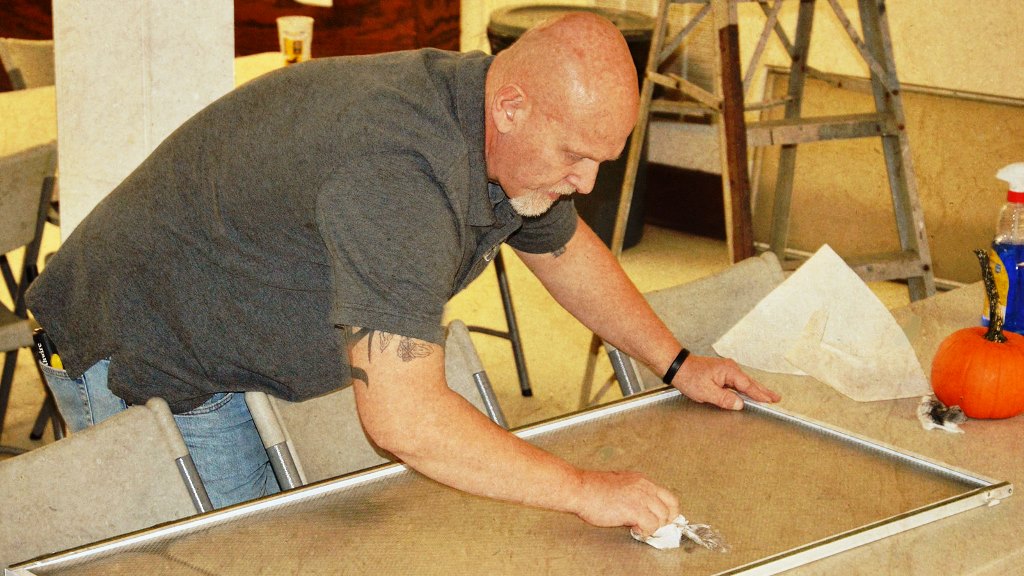 That era is vanishing as mines shutter and coal companies across the country file for bankruptcy.

So, Scott Shoupe is joining other former coal miners in transitioning into a career that’s less about unearthing energy and more about using it super-efficiently. At 43, he’s about to become the third graduate of a “new energy internship” for the region’s displaced coal workers.

It’s a project of the Mountain Association for Community Economic Development (MACED), a local nonprofit. MACED says it is devoted to ideas for a more just, sustainable and prosperous economic future in Eastern Kentucky and Central Appalachia. They believe that the time has arrived to talk about a just transition to a post-coal economy.

Enrollees in the program earn full-time wages and health benefits for six months while immersing themselves in the intricacies of lighting, weatherization, solar panels, and decoding utility bills.

Despite Donald Trump’s campaign mantra about championing miners and “putting our great coal miners back to work,” the industry continues to shed jobs.

And that means people like Shoupe need a hand to move from an old, carbon-heavy economy to a new, green one.

The organization got the internship program up and running in 2017 after cobbling together several million dollars from a variety of sources, including a state employment program funded with federal money.

A big boost for MACED came from the Appalachian Regional Commission (whose activities are frequently reported here in REVITALIZATION), a federal agency tasked with supporting economic growth in the 13 Appalachian states.

In February of 2019, the Appalachian Regional Commission announced more than $12 million in funding through its POWER Initiative for Appalachian Kentucky revitalization projects.

According to the recent report, Energy Efficiency Jobs in America, energy efficiency:

Featured photo of Scott Shoupe is by Elizabeth McGowan.

See full article by Elizabeth McGowan in GRIST, from which a portion of this was excerpted.