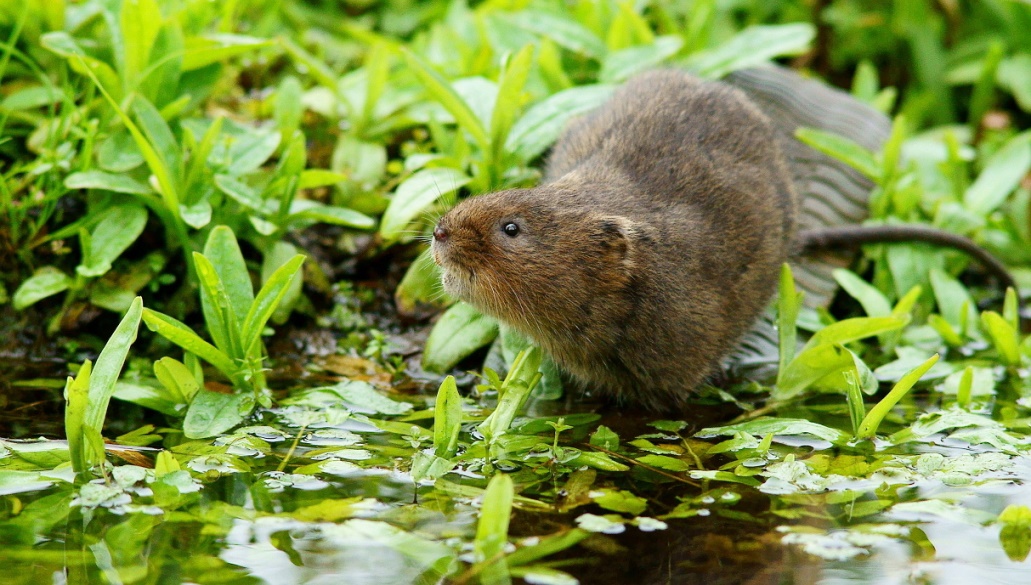 In England, the Restoring Ratty project to restore water voles to Kielder Water and Forest Park has won a prestigious award at the Chartered Institute of Ecology and Environmental Management (CIEEM)’s 2019 Awards.

The project, which has reintroduced 1205 water voles to the banks of Kielder’s watercourses, won the award for best practice in large-scale nature conservation.

Kevin May, Forestry England’s Forest Management Director for North Forest District, said “To win this prestigious award is testament to this strong partnership across our organisations, which includes the energy and enthusiasm of a number of keen volunteers. Positive habitat management and the reduction and ongoing monitoring of mink populations will ensure the resilience of this reintroduction. Telling the story of Restoring Ratty supports not only the interest in water voles, but supports a general awareness of ecology and our environment. Winning an award or not, seeing the smiles on local children’s faces involved in the actual release of water voles is prize enough!”

Water voles are considered “ecosystem engineers” which means they alter habitats and availability of resources for other wildlife. They create burrows in the rivers banks which changes the soil, drying it out and changing the nutrients available. This promotes plant growth and changes plant communities to be more diverse, creating different habitats for more wildlife. They also ‘garden’ by grazing the plants and allowing other plant species to grow.

Kelly Hollings, Restoring Ratty Project Officer, said “Since June 2017, I’ve been involved in the release of 1205 water voles, not to mention the captive breeding of water voles from the Pennines, and over the border in Scotland from 2016 onwards. This in itself is so rewarding, but to then have won the CIEEM Award is great news and puts a spring in our step… ready for the next batch of releases this summer.”

To improve the success of water vole reintroduction, Forestry England changed the management of the forest to restore the banks along the watercourses, encouraging more varied plant-life to create the perfect habitat. The presence of mink, which hugely contributed to the water voles’ disappearance, has been monitored by the project partners and volunteers to ensure protection of the new vole population.

Liz Walters, Project Manager at Tyne Rivers Trust, said “It’s fantastic to have been part of such a landmark project for Northumberland and win this award. To make sure the water voles had the right environment to breed in we monitored for mink in the forest, as well as working with landowners outside of the forest. It’s important that conservation projects like this gain national recognition as it shows what can be achieved when organisations work together.”

Photo of water vole is by Peter Trimming (via Wikipedia).