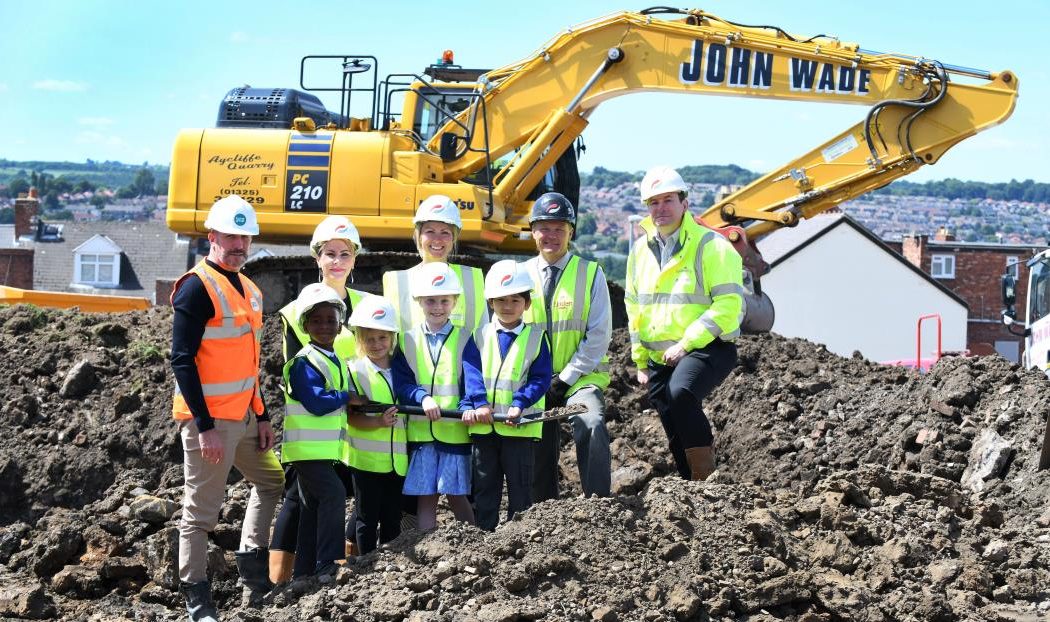 The town of Gateshead is in County Tyne and Wear, England. With a population of over 120,000, it sits on the southern bank of the River Tyne opposite the city of Newcastle upon Tyne. 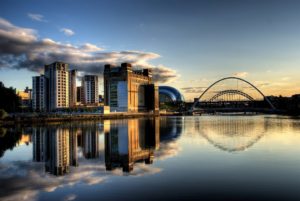 River Tyne at Gateshead and Newcastle.Photo by Wilka Hudson via Wikipedia.

Gateshead and Newcastle are joined by seven bridges across the Tyne, including the Gateshead Millennium Bridge. The town is known for its architecture, including the Sage Gateshead, the Angel of the North and the Baltic Centre for Contemporary Art.

In contrast to Gateshead’s modest size, work has now started on the next phase of a £350 million, housing-led community revitalization initiative. The sheer size of the effort would be news in itself, but the town added a unique wrinkle, involving schoolkids in the regeneration of their community in a very hands-on manner.

On July 4, 2019, children from Kelvin Grove Primary School joined representatives from the Gateshead Regeneration Partnership (GRP), which is behind the initiative, in Saltwell, to help clear the land so redevelopment can begin.

Named Trilogy II, the £9.1 million redevelopment will see the construction of 52 family homes; 46 for private sale and six for affordable rent. This new, innovative range of bespoke, two to four bedroom properties, follows completion of the partnership’s successful Trilogy I development nearby.

Christine Curran, Development Director with GRP, said “We’re excited to be starting our latest Gateshead scheme which continues the investment in – and ongoing regeneration of – the Saltwell Road area of Bensham. It was fantastic to involve young people from the local area, as it could be they, their families or friends that are living in these new homes in the years to come.”

Sean Egan, Managing Director with Galliford Try Partnerships in the North East, added “The Trilogy I development proved extremely popular with local people, with over 76% of buyers moving less than five miles to their new homes. It also achieved national acclaim, being named the Best Regeneration Project at the Inside Housing Awards last year. We are confident this latest part of the regeneration programme will be equally well received.”

“In addition, the development will create work for between 50 to 60 people during the construction process – and in line with the project’s ambitions to provide opportunities for local people – at least 25% of these roles will filled by Gateshead based workers,” he continued.

When this second phase is completed, GRP will have developed 423 properties with Lifetime Homes accreditation* that enjoy much larger rooms, higher levels of energy efficiency and greater environmental benefits than the average new build home. Of these, around 25% will be for shared ownership or affordable rent.

The partnership hopes to deliver approximately 2,000 further new homes over the next 15 years.

The first residents are expected to move in at Trilogy II during the spring of 2020, with completion expected in the summer of 2021. Homes for sale will be marketed by Linden Homes.

Anneliese Hutchinson, Service Director for Development, Transport & Public Protection, at Gateshead Council, concluded “The project is a fantastic example of what can be achieved with a strong, collaborative working relationship between the council, developers and the local community. Over the last 10 years we’ve removed homes that were no longer fit for purpose, and then been able to create local jobs, improve the environment and provide modern affordable homes that local people are proud to live in.”