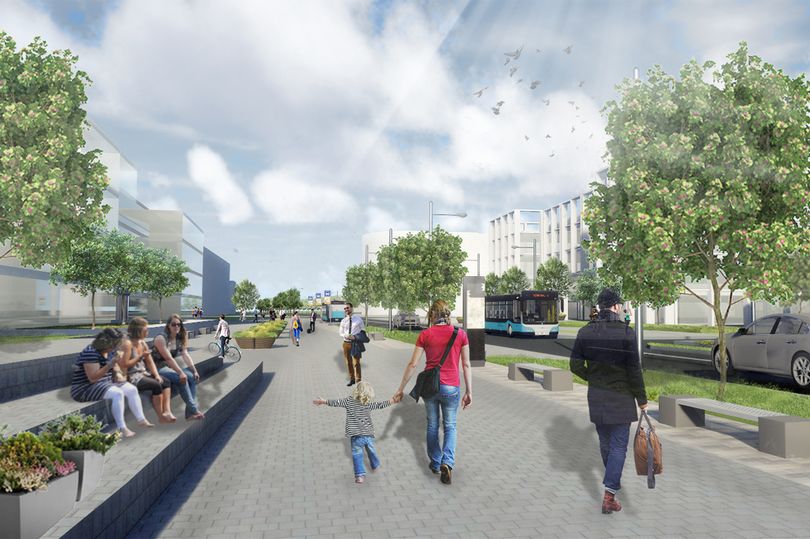 On June 24, 2019, a masterplan to regenerate one of the largest brownfield sites in Europe was approved by the North Lanarkshire Council in Scotland.

The planning application for the former steelworks site at Ravenscraig near Motherwell was granted, giving the applicant, Ravenscraig Ltd., permission to develop the 376 hectares (940 acres) of derelict land.

Ravenscraig is located in one of the most accessible places in Scotland, with over two-thirds of the country’s population within 90 minutes drive time. Located in North Lanarkshire, Ravenscraig lies between the towns of Wishaw and Motherwell, who together house a population of over 60,000.

Ravenscraig is only ten minutes drive from both the M74 and the M8 motorways, which lead to Glasgow and Edinburgh; Scotland’s two largest cities respectively. This allows easy access for commuters and visitors to the area. A rail line travels directly through the site and another travels around the opposite end of the site, making this a very transit-oriented redevelopment 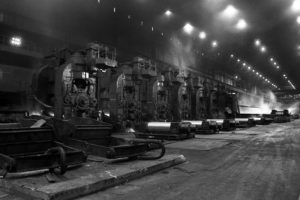 Ravenscraig’s steel-rolling mills in 1985.Photo by Dave Wilson via Wikipedia.

“This is the most significant regeneration project in North Lanarkshire and, indeed, Scotland which will see new communities created, with homes and facilities for 12,000 people,” said Council Deputy Leader Councillor Paul Kelly.

“The masterplan for Ravenscraig will completely transform the area, bringing much needed homes, jobs, leisure facilities, green spaces, shops and business opportunities. It also brings construction work and employment for 20 to 30 years ahead as work progresses across the site, bringing major economic benefits to the whole of North Lanarkshire and beyond,” he added.

Scotland’s best known industrial site has undergone significant investment in the last decade, on a path to repurposed and revitalize the long-barren site as a thriving community where people can live, work and play.

The Masterplan reflects the needs of the modern community with a focus on high quality housing, transport links, education and employment opportunities, and space to exercise, play and enjoy the outdoors.

Nick Davies, director of Ravenscraig Ltd, said: “This is a momentous decision that will unlock Ravenscraig’s potential and help to attract more investment into this famous site. There has already been significant regeneration work over the last decade and we’re proud to say Ravenscraig is now a thriving community.”

“This represents the beginning of the next phase of regeneration at Ravenscraig. With planning approval now granted, we will move forward with our ambitious plans to further transform the site, ensuring sustainability and inclusive growth are at the heart of our approach. We are committed to working with North Lanarkshire Council and investors to deliver on the promise of Ravenscraig,” Davies added.

The planning decision comes just weeks after initial works began on a new £3.7 million public park at Ravenscraig. It also follows North Lanarkshire Council’s announcement of a £190 million roads program that will boost Ravenscraig’s regeneration. Part of the Glasgow City Region City Deal, it represents the biggest single roads and infrastructure investment in North Lanarkshire’s history, with construction work due to begin later this year.

Ravenscraig Ltd. engaged extensively with the community ahead of the Masterplan being submitted to North Lanarkshire Council. A number of drop-in exhibitions were held, giving members of the public the chance to view and comment on the proposals.

The cleared-and-remediated Ravenscraig site in 2012, with Motherwell in the background. Photo by Richard Webb via Wikipedia.

Since 2006, a number of successful projects have been delivered on the Ravenscraig site. Hundreds of homes have been built, while there is also a state-of-the-art college campus and major regional sports facility, as well as a hotel and pub/restaurant.

The planning application gives “in principle” approval to the masterplan; each individual development within the plan will require detailed planing permission. Ravenscraig Ltd. will now bring individual phases forward for consent.

“The masterplan will be supported by the Ravenscraig Infrastructure Access project, funded by the council and Glasgow City Region City Deal. This will see new road infrastructure linking Ravenscraig to the rest of the motorway network, from the M74 at Motherwell, to the M8 at Eurocentral, and the A73 south of Cumbernauld,” Kelly explained.

“Today’s approval of the Ravenscraig masterplan is the first step in a unique multi-million pound project which will transform a derelict site and improve the quality of life of thousands of North Lanarkshire residents,” he concluded.