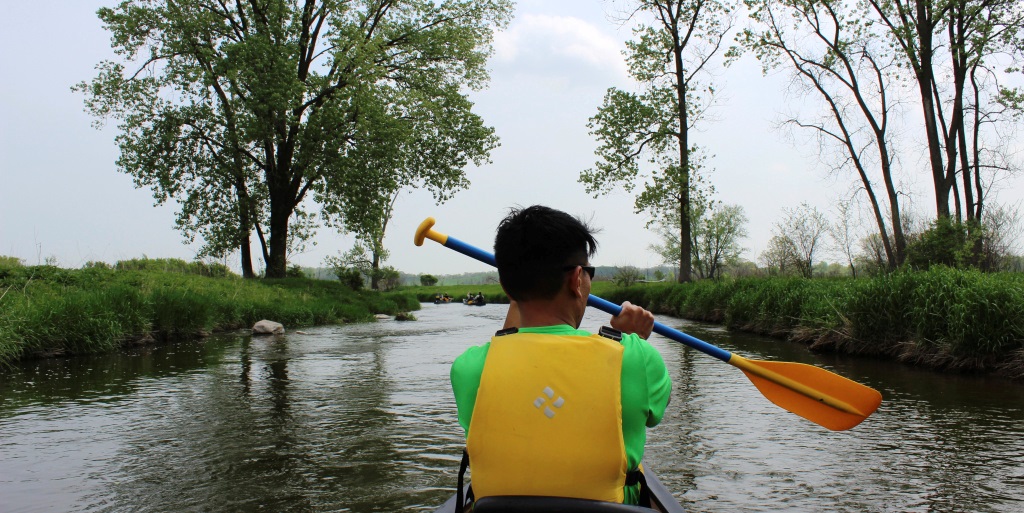 On November 5, 2019, the McHenry County Conservation District and the U.S. Army Corps of Engineers celebrated the completion of the Nippersink Creek Aquatic Restoration Project with a presentation and ribbon-cutting at the Lost Valley Visitor Center in Glacial Park, Ringwood, Illinois.

Colonel Aaron Reisinger, Commander of Chicago District U.S. Army Corps of Engineers discussed the US Army Corps role in the big picture and the benefits of making projects like this a reality. In addition, Ed Collins, Director of Land Preservation & Natural Resources for McHenry County Conservation District presented the History of the land, the project, the partnership, and the biological benefits. 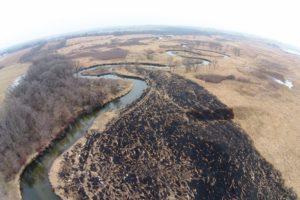 The relationship between the McHenry County Conservation District and the U.S. Army Corps of Engineers spans three decades, with the latest partnership working together to tackle the long-awaited fourth phase of the Nippersink Creek Restoration Project.

The U.S. Army Corps of Engineers provided not only funding, but worked collaboratively with the District, ENCAP, Inc. and our partners to improve the ecological integrity of the entire watershed. Thanks to this continued collaboration, today’s re-born stream is home to game fish, silt intolerant mussels, ospreys and bald eagles.

During large rain events the restored wetlands around the stream hold tens of millions of gallons of water that once impacted downstream communities with flooding.

The Nippersink Creek Aquatic Restoration Project offers the promise of a healthier stream capable of supporting not only a full array of aquatic biodiversity but ready to build paddling and fishing memories for generations to come.

Nippersink Creek plays a significant role as the largest tributary to the Fox River, which drains 137 square miles in Illinois and 50 square miles in Wisconsin. Sections of the creek are ranked among the highest quality in Illinois, supporting at least 21 animals and 30 plants listed as Illinois endangered or threatened species.

McHenry County Conservation District and the United States Army Corps of Engineers (USACE) were recognized with an Intergovernmental Cooperation award for their work on the 206 Nippersink Creek Aquatic Restoration Project at the Illinois Association of Park District‘s Best of the Best Awards on November 8 in Wheeling, Illinois.