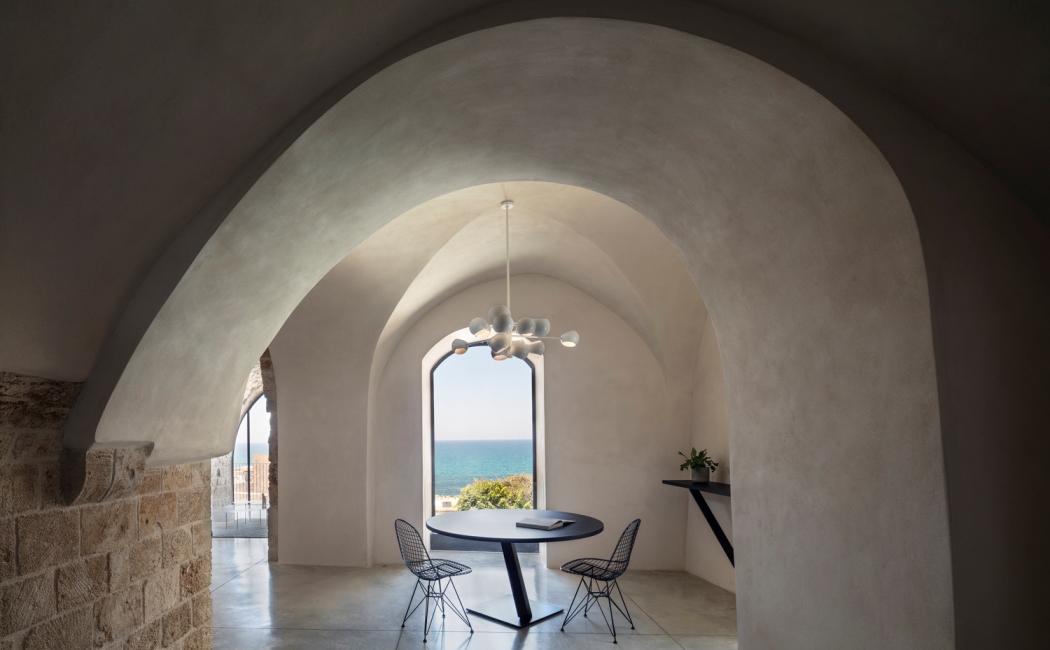 Those of us living in “new” nations—like the U.S.—tend to have a very different perspective on what in our built environment qualifies as “old.” 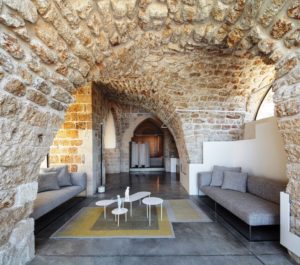 Here, a building qualifies as a candidate for inclusion in the National Register of Historic Places when it’s just 50 years of age, which many folks in Europe find hilarious.

With the rapid growth of the restoration economy, architects specializing in historic preservation and adaptive reuse have been proliferating here.

In other places, such as Israel (granted: also a new nation legally) they are the norm.

Adjacent to the side of the hill rock on the edge of ancient Jaffa Port in Tel Aviv, this apartment is a collection of 300-year-old spaces built around a central patio. 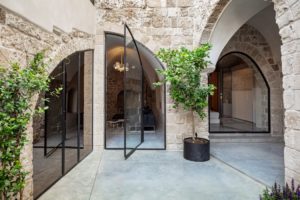 The basis of the concept searches for a link between Ottoman architecture and the contemporary architecture of the studio.

The connection between ancient building traditions and innovative technologies—such as glazed arches without divisions in axial opening and roofs containing modern infrastructure—is key.

In the design of the apartment, an engineering effort was invested to connect the spaces in scope to create a flow between them.

The original stone used to build the vaults was exposed and treated, and the arched doorways that were opened were filled with glass doors in blackened bronze frames, revolving around a central or lateral pivot. 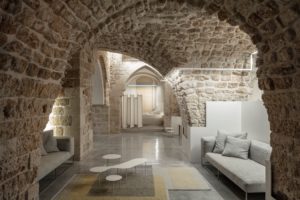 The levels have been redesigned to accommodate the desired uses and a smoothed concrete floor unites the interior and patio.

The main design gesture is expressed in a dynamic metal cladding, which “travels” along the stone walls and accompanies them, containing behind them electrical pipes, air conditioning systems, stone niche storage and more.

Occasionally, the wall cladding meets a joinery element and is functionally accompanied by it as a door, bed back or railing.

The interior partitions were designed in carpentry and detached from the stone vaults to create sub-spaces in the arched open space. 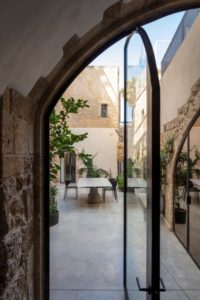 Access to the apartment is via stairs leading to the patio that takes advantage of the Mediterranean climate.

The stairs are accompanied by a bronze railing adapted to the harsh weather conditions near the sea.

From the patio that forms the center of the house, the various spaces are split. The main space includes a living room facing the sea terrace, master bedroom, kitchen and dining area.

The patio has access to two more bedrooms and bathrooms.

The material palate is minimal and includes concrete, stone, light wood, aluminum inside and bronze outside, and a combination of bronze shades to reflect the unique environment.