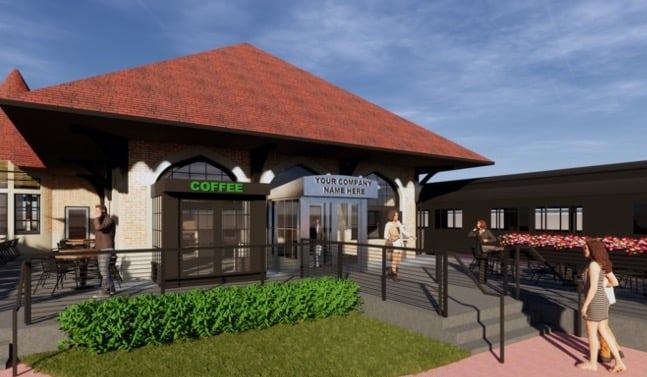 Located at located at 637 E. Michigan Avenue in downtown Lansing, the redevelopment is a key component of the larger Stadium District revitalization effort.

The Lansing Brownfield Redevelopment Authority (LBRA) and the City of Lansing are working with the Gillespie Group to redevelop the property.

The redevelopment plan for this now-vacant building includes mixed-use space for the entire community to enjoy.

“The redevelopment of the train station on the Michigan Avenue Corridor will be the latest project to further revitalize the Stadium District in downtown Lansing,” said Mayor Schor.

“We’ve seen so much activity and investment in this area over the last couple years with the opening of the Capital City Market and Courtyard by Marriott Hotel right across the street, and the repurposing of this now vacant building will help create an even more vibrant Michigan Avenue, while still allowing residents to enjoy its historic charm,” he added.

The Gillespie Group has been actively investing and redeveloping downtown Lansing for more than a decade including the BLOCK600 project across the street.

The BLOCK600 project was a brownfield redevelopment project that redeveloped several vacant and contaminated properties including a former gas station.

Via tax increment financing (TIF) the brownfield plan captured the new property taxes generated by Gillespie Group’s private investment as reimbursement for the high cost associated with cleaning up a brownfield, thus ensuring the project’s viability.

“The redevelopment of the Stadium District and this historic site into something that the whole community can enjoy has been a priority for us,” said Pat Gillespie, President of Gillespie Group.

“It is the gateway to the Capitol Building and with the energy and movement that BLOCK600, with Capital City Market and Courtyard by Marriott hotel, brought across the street, this opportunity will only further energize the Michigan Avenue Corridor,” he explained.

The Gillespie Group has now asked the City of Lansing and LBRA to amend the brownfield plan across Michigan Avenue to also include the area at 637 Michigan Avenue. Amending the plan to include the Clara’s site leverages the private investment made on the 600BLOCK and uses it to continue the redevelopment process.

The amended plan also reduces the total amount of captured new taxes used to reimburse the developer over time and increases the amount of taxes that go to the City and Lansing Tax Increment Financing Authority (TIFA).

Rendering courtesy of the Gillespie Group.