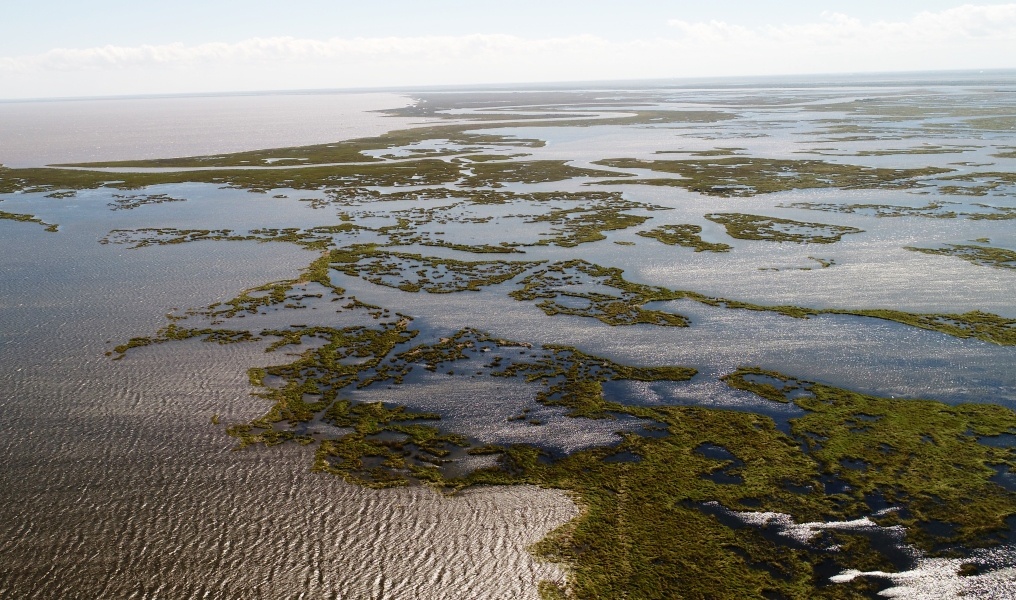 On January 4, 2022, construction began on the Lake Borgne Marsh Creation Project in St. Bernard Parish, Louisiana. The project is a part of the large-scale restoration strategy for the Pontchartrain Basin to reestablish the bay rim and intertidal marsh habitat in the area.

“I want to thank CPRA for their work in advancing this record-breaking effort to restore hundreds of acres of marshland in the Pontchartrain Basin,” Gov. John Bel Edwards said. “The Lake Borgne project and others like it play a vital role in reversing the trend of land loss across Louisiana, and this project represents significant progress in the fight to preserve our coast.”

Upon completion, the project will create and nourish approximately 2770 acres of marsh on the southern shoreline of Lake Borgne near Shell Beach.

“At over 2700 acres restored, the Lake Borgne Marsh Creation project will be the largest marsh creation project by acreage ever built by CPRA,” CPRA (Coastal Restoration & Protection Authority) Chairman Chip Kline said. “This massive effort is just one component of our ambitious dredging program, and we look forward to continuing the important work to restore coastal Louisiana.”

The large-scale marsh creation was outlined in the Final Restoration Plan prepared by the Louisiana Trustee Implementation Group in January 2017 and is funded by dollars resulting from the aftermath of the 2010 Deepwater Horizon oil spill allocated by the Natural Resource Damage Assessment program. The project’s construction budget is $61 million.

Construction has begun on the containment dikes, which will allow the dredged material to fill all areas of open water and nourish the deteriorating marsh while minimizing the burden on existing marshland.

“Coastal restoration has been a top priority for our administration since taking office,” St. Bernard Parish President Guy McInnis said. “This project is just one of many going to construction that will change the landscape over the next decade. This commitment will result in hundreds of millions of dollars in restoration projects for St. Bernard Parish. We are thankful and proud of the relationship and work that has been done over the last five years, and we are now beginning to see those efforts come to fruition.”

“Our coastal marsh and wetlands are some of Louisiana’s most iconic features, and I applaud CPRA’s efforts to protect, preserve, and restore these treasured assets,” Hewitt said. “The Lake Borgne project is as impressive in scale as it is in design, and building 2,700 acres of new land will add critical storm surge protection for our community. I’m thrilled to see this investment coming to St. Bernard Parish.”

“The Lake Borgne restoration has been a long time coming, and I’m thankful for the work CPRA and its partners have dedicated to making this project a reality,” Garofalo said. “The rebuilding of such a large area of marshland is a welcomed effort that will provide both improved habitat and enhanced hurricane protection to St. Bernard Parish.”