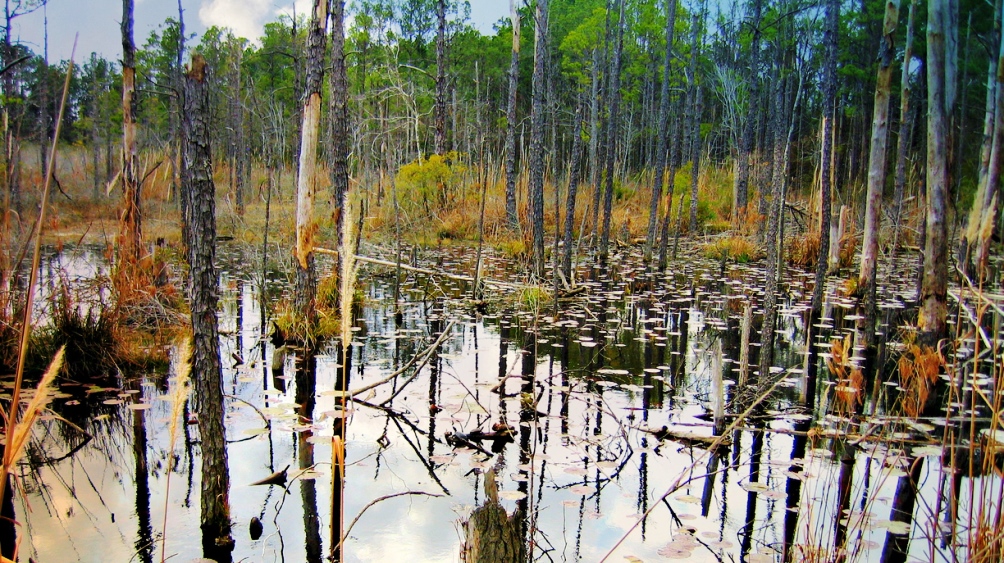 Many of those who have seen one of my talks or workshops over the past 15 years or so have seen my photos and have heard the story of Butchart Gardens on Vancouver Island, British Columbia, Canada. 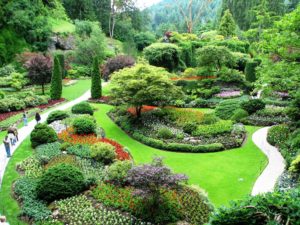 Long a commercial gravel quarry, it closed down when the owner and operator dies.

His wife didn’t want to leave an ugly scar on their beautiful island, so she took advantage of the pit’s micro-climate to grow flowers that wouldn’t grow anywhere else on the island.

Butchart Gardens is now the second-largest private employer on Vancouver Island, making it a wonderful example of the Restoration Economy in action.

Restoration Park in West Monroe, Louisiana has a similar history, though, unlike Butchart Gardens, it’s public greenspace, not private.

Restoration Park opened in November 2003. it used to be a gravel pit, then it was a dump. Now, it’s a wetland.

Winter is turning out to be a season of renewal, since parts of the park now need, well, restoration.

The city is rebuilding a 700-foot wooden bridge that spans a large, spring-fed pond, Ouachita Green is moving into the offices, and a new trail head near a neighboring hotel opens the trails to new visitors.

Thousands of species of trees were introduced when Restoration Park was created; specimens are labeled along trails that go around the perimeter and directly through the acreage. It’s beautiful.

But for 50 years, Monroe Sand and Gravel used the site, digging deep pits that filled with water. Later, it was used as a garbage dump.

Today, the park’s walking trails that circle the perimeter, and the long wooden bridge that cuts over the East Pond, follow the same routes that gravel trucks once used.

Photo of Restoration Park by Eric & Kristy’s Adventures via Trover.

See article by Bonnie Bolden in the News Star.