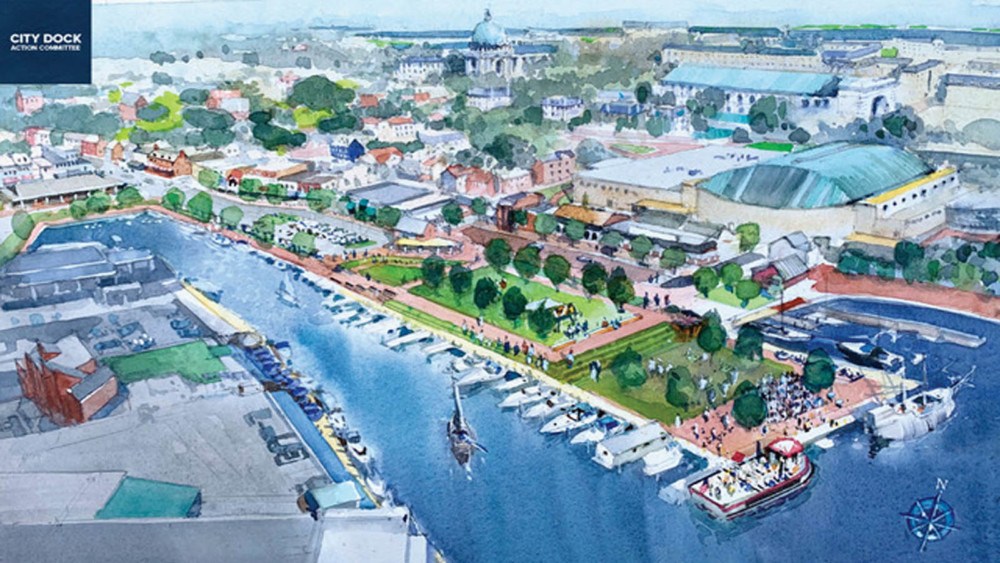 On May 7, 2020, a bill sponsored by Maryland Senator Sarah Elfreth (District 30) and championed by Annapolis Mayor Gavin Buckley and County Executive Steuart Pittman became law when Republican Governor Larry Hogan allowed the legislation to go into effect without his signature.

The legislation passed with a bipartisan vote in the shortened 2020 Maryland General Assembly Session.

“Anne Arundel County is on the frontline of the battle against sea-level rise,” said County Executive Steuart Pittman.

“In fact, we have 530 miles of that front line in the form of our coast. The finance authority that this bill allows will ultimately save our taxpayers money, protect our communities, and contribute to our efforts to Build Back Better,” he added.

Passage of the legislation may play a critical role in redevelopment plans for Annapolis City Dock because it authorizes counties and municipalities to establish and fund resilience finance authorities. These authorities can issue and sell state and local tax-exempt bonds for infrastructure projects.

“The water is rising in Annapolis and has been for decades. We can no longer afford to kick the can down the road on solutions to protect our businesses and our residents,” Mayor Buckley said.

“The potential for utilizing a finance authority is one of a number of tools in our toolbox. I thank Sen. Elfreth for bringing this legislation forward and working tirelessly to see it through,” he continued.

The legislation was championed by Democrats and Republicans on both sides of the Chesapeake Bay. For those with significant shoreline, the legislation is a way to help fund key resilience infrastructure projects that would otherwise be out of reach for communities with a strong aversion to new or additional taxes.

Bonds may be issued under the Resilience Finance Authority as soon as FY 2021.

“Protecting our communities, small businesses, and history has never been so important,” Senator Elfreth said. “This bill ensures Maryland remains a national leader in preparing ourselves for the impending crisis presented by climate change and sea-level rise.”

The companion bill in the House was sponsored by Delegates Courtney Watson and Brooke Lierman.