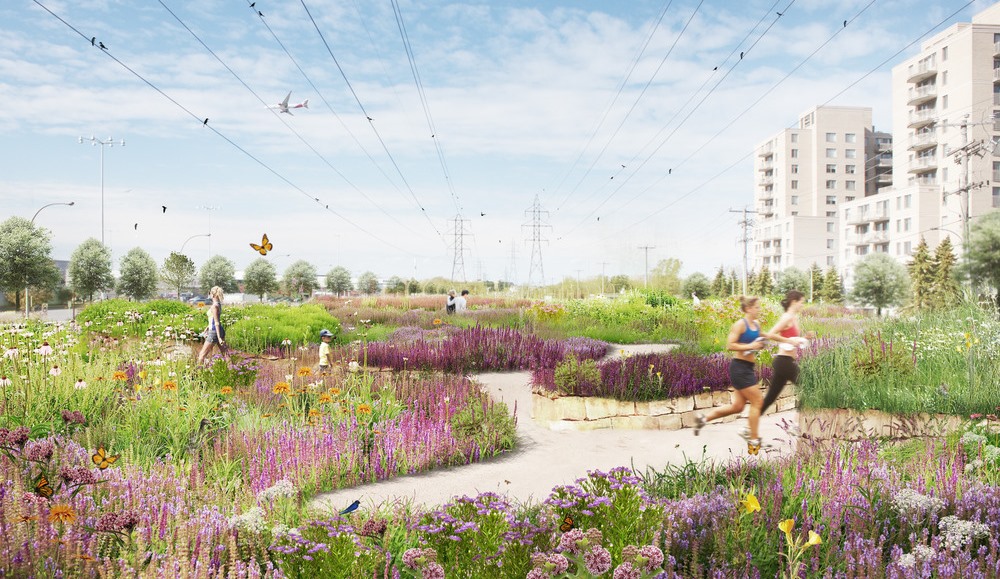 Back in November of 2019—as Wuhan, China was hosting its 5th Design Biennale—no one could have suspected how appropriate the timing would be for the city of Montreal, Quebec, Canada to unveil its ambitious new Biodiversity Corridor project.

Wuhan would soon become known worldwide for its role in the current coronavirus pandemic; a symbol of the high price to be paid by cities everywhere for the elimination of wildlife and natural habitats from their territories. 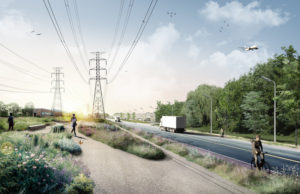 “The future corridor will enable us to transition from a landscape that has been greatly modified by human beings, losing its biodiversity and resilience, to an abundant and diversified urban nature, connected and linked to human beings,” says Alan DeSousa, Mayor of the Borough of St-Laurent, which has been particularly affected—and not in a good way—by Montréal’s fast-paced, car-oriented growth of the ‘60s and ‘70s.

The disappearance of the borough’s tree cover and ground vegetation, including former agricultural lands, has left the area more and more vulnerable to climate change.

In 2015, local authorities started looking into the idea of bringing nature back to its 42.8-square-kilometer territory, 70% of which is now a sea of asphalt occupied by industrial and commercial activities. Not to mention the fact that the borough is used as a major corridor for high-voltage power lines.

Detailed inventories of existing fauna and flora were produced, various studies were undertaken, and consultation sessions were held, leading to the idea of a Biodiversity Corridor. 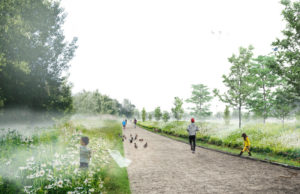 In 2018, the City of Montréal launched a national, multidisciplinary landscape architecture competition, in the hope of generating an innovative scheme to be implemented over the next 20 years. A team of four firms—civiliti, LAND Italia, Table Architecture, and Biodiversité Conseil—won the competition.

The winning project’s “backbone” is a narrow strip of wasteland located under the overhead power lines along three main boulevards. According to the plan, the currently sterile lawns will be transformed into flowering meadows that will attract birds, pollinating insects, and small animals.

Ground contours and a modulated topography will enliven this enriched landscape, breaking away from a feeling of homogeneity. The plan also includes new pedestrian trails and upgraded bicycle paths, as well as activity or rest areas for the enjoyment of St-Laurent workers and residents.

A spokesperson for civiliti, Fannie Duguay-Lefebvre, summarized the proposal: “The corridor will enable the transition from a mostly asphalted, fragmented territory to a diversified urban landscape, connected to all living beings.” 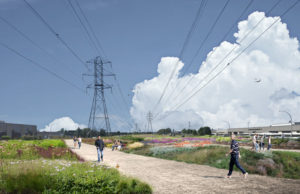 The Biodiversity Corridor Master Plan received a Special Jury Award for the category “Sustainable Development” in the 2020 edition of the National Urban Design Awards.

As commented by the jury, “The promise of urban design is sustainable development—creating economic, environmental, social, and cultural benefits. While this project focuses on the environment, it reflects all Seven C’s’ of urban design: context, character, choice, connections, creativity, custodianship, and collaboration.”

For St-Laurent residents and workers, this Biodiversity Corridor will provide a special space to discover nature in the heart of a bustling urban environment.

More importantly, it will also serve as a laboratory for Montréal, as well as other cities and countries.

The plan, prepared in collaboration with professionals from the borough’s Environment Division, is about reconciling the logic of the city and the logic of life.